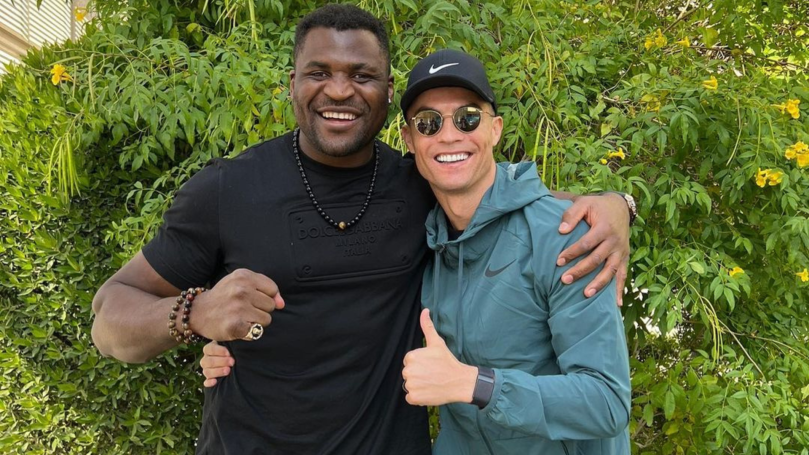 Ngannou meets CR7: UFC news: Francis Ngannou caught up with football star Cristiano Ronaldo after his exit from the UFC, raising several eyebrows in the sporting community. It verifies how big of a superstar the ex-UFC champion has become. Cristiano Ronaldo just delivered a spectacular performance in the friendly match against PSG. Fans now want to see more of him in the Al-Nassr jersey. Follow UFC News Updates with InsideSport.IN.

That said, MMA fans have a similar approach to Francis Ngannou, who has been out of action since his UFC heavyweight title defense against Ciryl Gane. Now that he is out of his UFC contract, Ngannou can appear in a boxing match soon.

According to reports, Francis Ngannou turned down an $8 million offer to fight Jon Jones for the UFC title after the company dismissed his demand of getting independent sponsorship, medical insurance, and a lawyer for all the fighters. However, Ngannou has grabbed several offers from multiple fight promotions and is likely to announce his next move shortly.

Meanwhile, his recent link-up with Cristiano Ronaldo can bring more attention to the Cameroonian star. Well, this isn’t the first time that Ronaldo, has met a combat superstar.

Prior to Francis Ngannou, CR7 has been friends with Conor McGregor and Khabib Nurmagomedov. From the boxing community, Ronaldo has been spotted with Floyd Mayweather, Gennadiy Golovkin, and is a self-claimed fan of combat sports. That said, Ngannou and Ronaldo met each other in Riyadh.

The football star is currently signed with Saudi Arabian club Al-Nassr, but it remains a mystery whether Ngannou is spending his vacations in the Middle East or has some other plans.

The former UFC champion has desired to make his professional boxing debut before re-exploring the MMA action. He has already named Anthony Joshua and Tyson Fury as two of his targets. Before facing them, Dillian Whyte or Dereck Chisora can be a good tune-up fight for Ngannou.

Francis Ngannou joins Cristiano Ronaldo in Riyadh: CR7 hails the heavyweight stalwart after his exit from the UFC

KSI’s Misfit promotions are already in motion to host the super-fight between Francis Ngannou and Dereck Chisora. It will be an intriguing contest between two heavy-handed heavyweights, only if both parties come to terms.