Andrew Johns has exploded over the sickening cannonball tackle that ended the season of South Sydney prop Liam Knight.

The front-rower was the victim of a cannonball tackle carried out by Parramatta winger Solomone Naiduki in the NSW Cup, resulting in scans confirming horrible news this week.

Johns said Naiduki should have received a 12-match ban and outlined what the league must do to eradicate the cannonball tackle from the game.

“Now, if a big guy runs like Junior Paulo and hits the line, do your best. Three or four guys go in.

“But once they do that catching motion and two players are up above and the momentum’s pretty much stopped, the third person cannot come in. And if they do come in — straight to the bin.

“That should have been 12 weeks on the sideline.”

Presenter Mat Thompson said no one would oppose Johns’ solution and labelled the tackle that dudded Knight “ugly”. 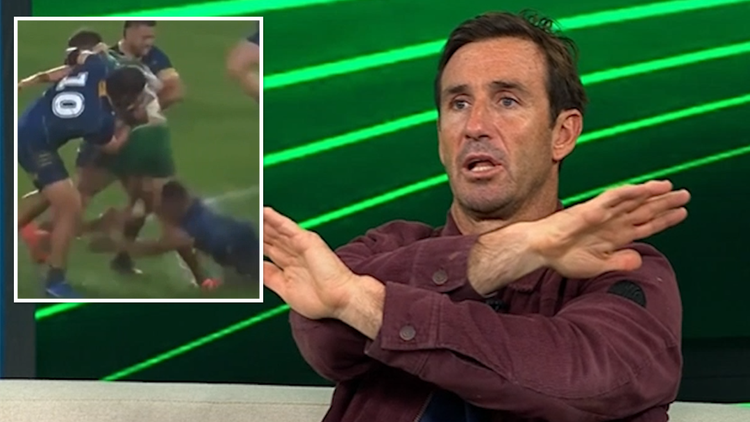