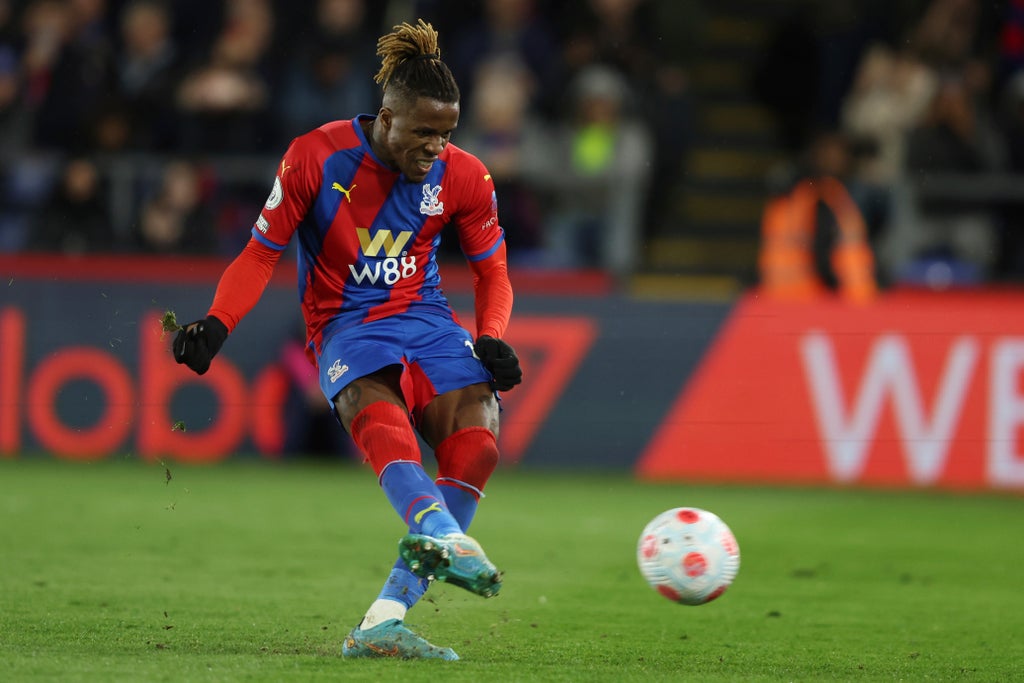 Wilfried Zaha says victory over Arsenal has given Crystal Palace a “massive confidence boost” ahead of next week’s FA Cup semi-final against Chelsea.

The Eagles put in a fine performance to beat Arsenal last night, with Jean-Philippe Mateta and Jordan Ayew putting them 2-0 up inside 25 minutes at Selhurst Park.

Zaha made it three late on with a penalty, with the emphatic win lifting Patrick Vieira’s side up to ninth in the Premier League.

Palace’s main focus, however, is the FA Cup and Zaha believes beating Arsenal should fill them with confidence ahead of a visit to Wembley on Easter Sunday.

“It’s a massive confidence boost,” he said. “I think the quality we have, we’ve just got to impose ourselves in the games we play.

“It’s not about looking at the shirt badges, we’ve got quality in our team. If we play the way we want to play, we can hurt anyone.

“It (beating Arsenal) is massive because it just shows the resilience the team has. Obviously in the past, we would score a goal and scramble. Now it shows that we can defend together, and we can attack together.

“It shows that we don’t need to look over our shoulder. We can look up the table and try to move further on.”

Palace were worthy winners last night and the victory underlined the good work Vieira has done this season.

The squad underwent a huge overhaul in the summer, with Palace looking to blood young players, and it is paying off.

“It was a really good performance. I think from the first minute we wanted to put pressure on them and not allow them time on the ball. We did that well,” said Vieira.

“I think there is more belief in the team, players understand each other better and start to really know each other as well.

“There is a clear idea of how we want to play and today we scored those goals in really important moments of the game.”

Palace were without winger Michael Olise for last night’s win and they are taking a cautious approach after he returned from international duty with France’s Under-21s early due to inflammation in his foot.

“We have to look at how things go day after day but it doesn’t look good for the next game [against Leicester on Sunday],” Vieira said.