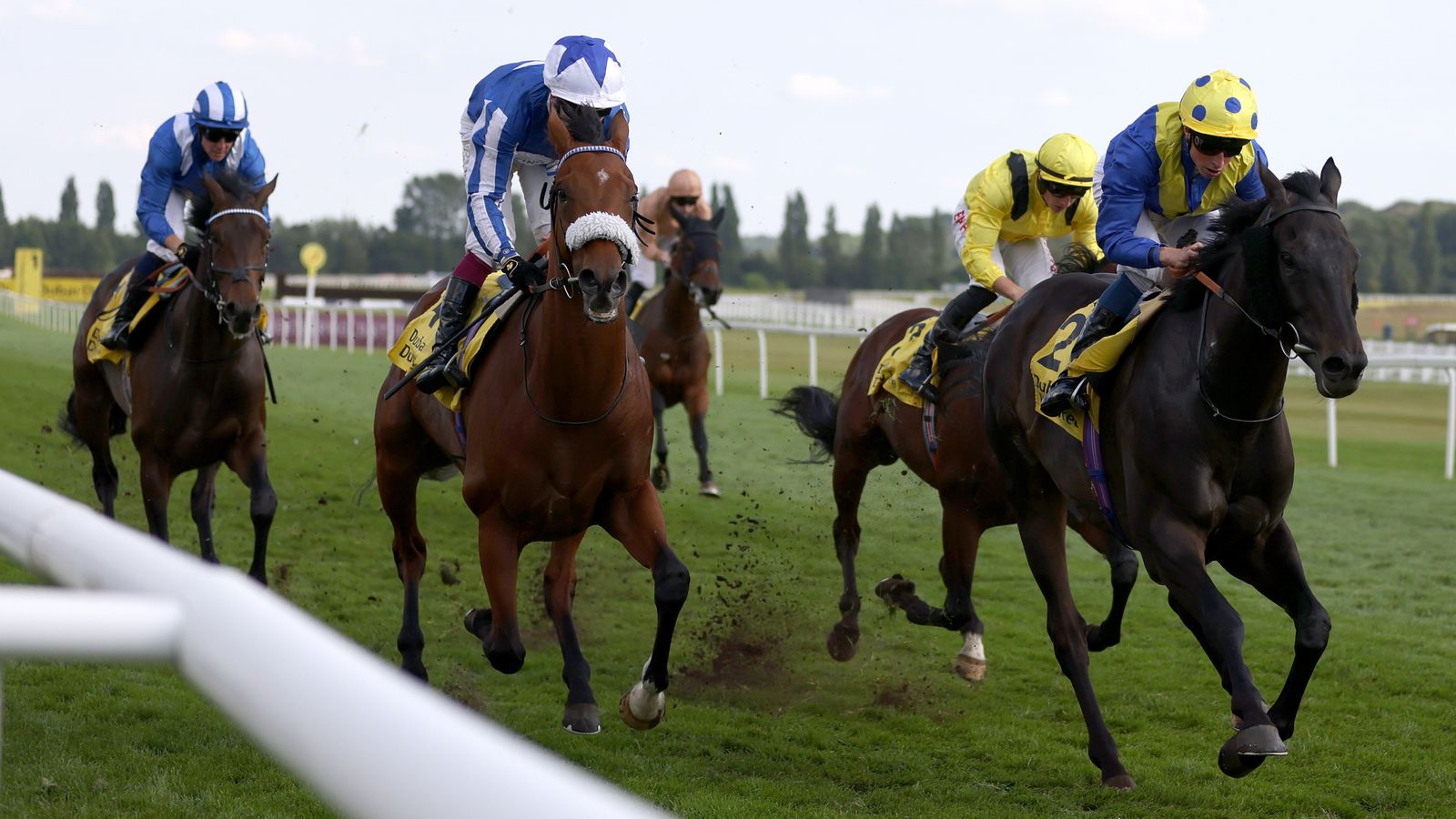 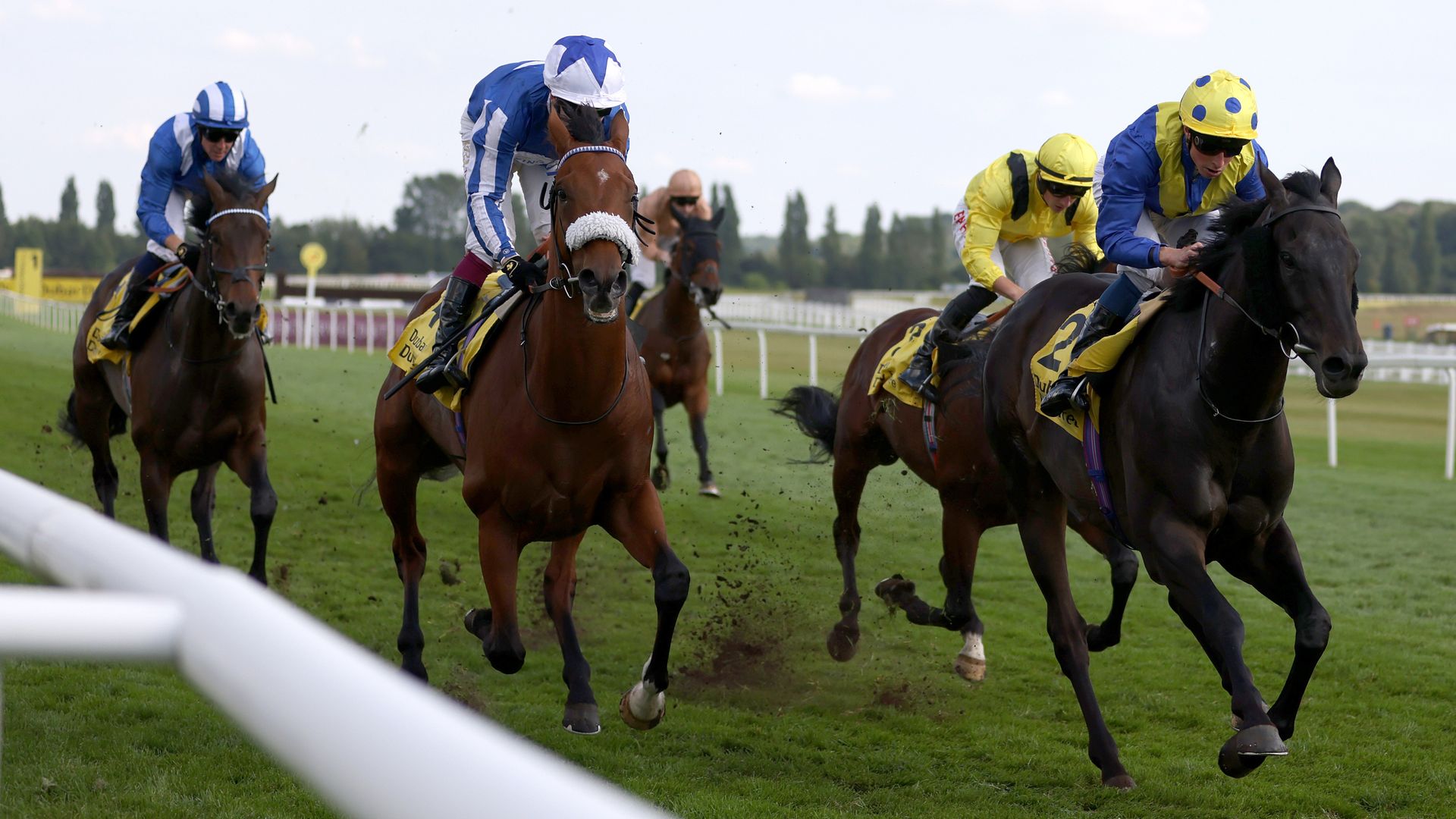 Solid Stone could step up to a mile and a half for the Cumberland Lodge Stakes at Ascot following his battling victory at Newbury on Saturday.

Connections of the Sir Michael Stoute-trained five-year-old will consider the Group Three contest on October 2 after he knuckled down well to outpoint Foxes Tale by a neck, having made most of the running.

It was a second Group Three success in a row for the Saeed Suhail-owned gelding following the Winter Hill Stakes at Windsor last month.

“He doesn’t know when to lie down. He’s such a battler. He’s such a game horse and it’s nice to get one like that who gives everything,” said Philip Robinson, assistant racing manager to Rabbah Bloodstock.

“It might be worth stepping him up another furlong and try a mile and a half, which I’ve always had a sneaking suspicion might be his best.

“He’s done very well. We’ll see how he comes out of this. He’s come out of it well so far and we’ll see where Sir Michael wants to go.”

Robinson forecasts a bright future for Injazati after the Mohamed Obaida-owned three-year-old completed a hat-trick in a handicap over a mile and a quarter on the same card.

Trained by Charlie Fellowes, the Night Of Thunder colt made all the running when holding seasoned campaigner Sam Cooke by two lengths on what was only his fifth career start.

“We’ve always thought a lot of him and I know Charlie has been really keen on this horse,” said Robinson.

“The main thing was getting him switched off early as he cold be a bit keen. They have discovered to let him do his own thing, whether that is in front or whatever, and he might step him up to a mile and a half now he has learned to relax a bit.

“He might even be better again over a mile and a half. We’ll keep our fingers crossed. Whatever he does this year, he’ll be better next year.”

Robinson feels Hala Hala Athmani, owned by Jaber Abdullah, is a filly to watch out for in 2022 despite losing her unbeaten record at Ayr.

The Kevin Ryan-trained half-sister to Group One winner Hello Youmzain was third to Nazanin in the Group Three Firth of Clyde Stakes when taking a hike in class after winning a Carlisle maiden on her debut last month.

“She’s a lovely big filly and without doubt is going to be better next year. Whether she runs again this year or not, I’m not sure. To me it looked looked she was getting a bit lonely out in front and will be stronger next year,” said Robinson.

“She could be anything. I really like her. She looked like the winner a furlong and a half out. She got lonely and then got tired the last half-furlong, but she’s very much a filly for next year.

“She seems quite keen early on in her races but a lot can change and she’s a big filly. Once she strengthens up it would be nice to think she’d see the mile out next year, but I’m sure Kevin will find something nice for her somewhere.”