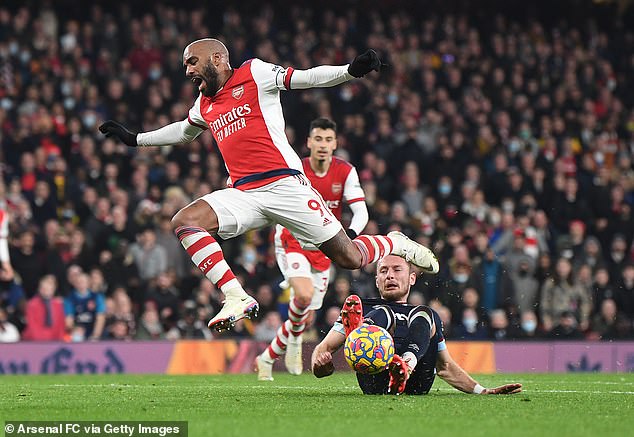 West Ham manager David Moyes has revealed the club has received confirmation from Premier League referees that quarterback Vladimir Coufalt should not have been shown off Arsenal earlier this month.

In the second half, the Gunners had a narrow single-goal advantage at Emirates Stadium, so Coufal knocked down Alexandre Lacazette inside the penalty area, despite seemingly coming into contact with the ball.

The Czech defender received a second yellow card for the challenge, meaning West Ham had to play with 10 people for the rest of the match.

Coufal’s kick-off came just three days after the hammers themselves didn’t award a penalty when Craig Dawson seemed to have been knocked out by Dwight McNeil in a 0-0 draw against West Ham Burnley within the sixteen.

In a speech Tuesday, Moyes said he was informed that both decisions were wrong.

“I think the referees have been doing their best for the past few weeks this year,” he told reporters.

“We got an understanding from the referees that it was a bad decision to send (Coufal) and we should have been penalized at Burnley.

“I find it very difficult to have two eyes and they don’t see well. I’ve been a soccer player and a manager too, I hope if I sit in front of the TV from four or five angles, I’ll have a really good opinion.

“And if I wasn’t sure, I’d rather send the referee to work together rather than entrust it to one person.”

West Ham will now have to deal without the banned Coufal when they play against Tottenham in the quarterfinals of the Carabao Cup on Wednesday.

The Ironers have already featured both Manchester clubs this season, but have only won one of their last six league matches in the match.