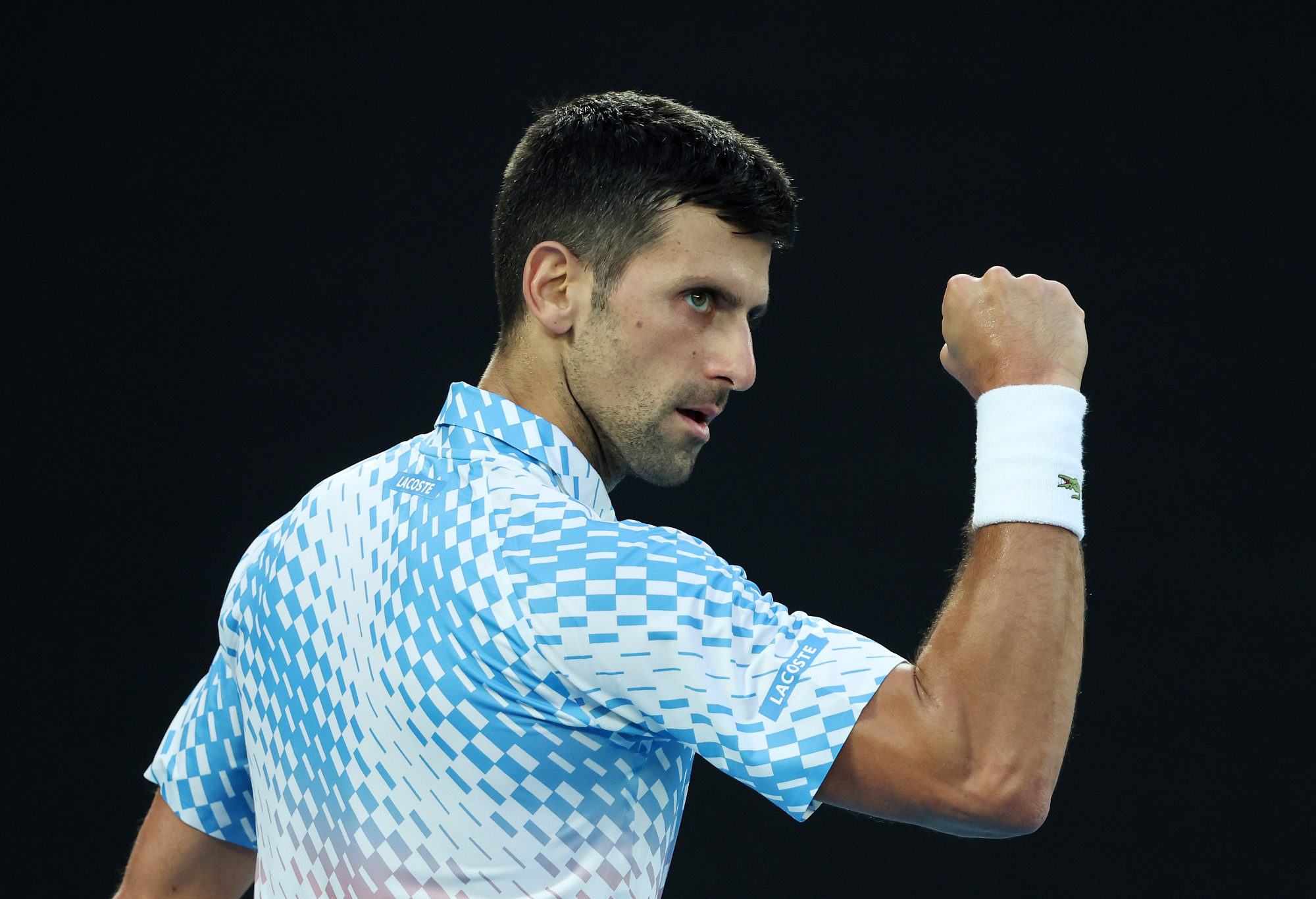 It might be named the Rod Laver Arena, but in truth the main court at Melbourne Park belongs to Novak Djokovic.

The 6-2, 6-1, 6-2 beatdown the nine-time Australian Open champion handed to a totally outclassed Alex de Minaur on Monday night isn’t the first tennis lesson he has handed out in Rocket Rod’s house, and you wouldn’t put counterfeit money on it being the last this week.

So complete was the domination, so utterly brutal the 35-year old’s form and so thoroughly did he seem over the hamstring issue that plagued him during the first week at Melbourne Park, that so much as losing a set en route to a 22nd Grand Slam title on Sunday night now seems inconceivable.

“I cannot say I’m sorry that you haven’t watched a longer match – to be honest. I really wanted to win in straight sets,” Djokovic said after the victory.

De Minaur’s hard-running, never-say-die baseline game led to hopes of a memorable upset pre-game, but while the Aussie is as resilient as the day is long, his lack of offensive weapons left him a glorified hitting partner for Djokovic to publically humiliate.

From 2-2 in the first set, the Serbian maestro would win 16 of the final 19 games, not even look like facing a break point and leave de Minaur scrambling to so much as remain in rallies.

Djokovic’s performance was enough to leave tennis legends Jim Courier and Todd Woodbridge in awe – and according to Courier, send a shudder through the remaining seven players in contention for the title.

“I’ll tell you what: if I was still in this tournament and I happened to be home right now, and I had dinner, came back – ‘Let’s see what’s going on on the TV’ – I would want to turn this horror movie off,” Courier said on commentary duties for Nine.

“I would not want to see this. If I thought I might have a chance to play Novak, this is not what you want to go to bed thinking about.”

Facing one of, if not the, greatest returners of all time, de Minaur would have expected an attritional battle: what he wouldn’t have foreseen was the attacking masterclass the fourth seed put on to dazzle the pockets of support he still received from a pro-Australian crowd.

In his third-round clash with Grigor Dimitrov, Djokovic had made an uncharacteristic effort to shorten points and ease pressure on his hamstring, taking higher risks and going for winners with a far greater frequency than normal.

While his injury was barely noticeable the longer the match went on, he simply picked up where he’d left off against the Bulgarian, ripping 26 winners to just 9 as de Minaur was simply dismantled.

“[The] first four or five games were quite close. One break of serve in the first set, I started feeling, I guess, more loose, more free to kind of go through the ball and be more aggressive,” Djokovic said of his strategy.

“I felt maybe he was a bit more nervous towards the end of the first and beginning of the second. I felt like it was my opportunity to try to capitalise on those chances.”

Perhaps the Australian’s one saving grace was saving a match point in the third set to force Djokovic to serve it out – though down a double break at that point, it was only delaying the inevitable.

With form like this, plus the not inconsiderable weight of nine previous Australian Open titles and 25 consecutive victories at Melbourne Park under his belt, Djokovic is now the unbackable favourite to make it 10 in six days’ time – if indeed he wasn’t already.

Since an upset fourth-round loss to Hyeon Chung five years and one day ago, his only defeat has come at the hands of the Australian government, when they controversially rescinded permission for him to come to the country 12 months ago and deported him.

Djokovic’s quarter-final opponent, Russian Andrey Rublev, has won just 10 games against him across two previous encounters on hard courts, both at the ATP end of year finals in 2021 and 2022. Unseeded American pair Tommy Shelton and Tommy Paul will vie for the ‘honour’ of facing him in what will be the victor’s maiden semi-final.

The only previous grand slam champion remaining in the men’s draw, the Australian Open is now in a familiar position of being Novak Djokovic’s to lose.