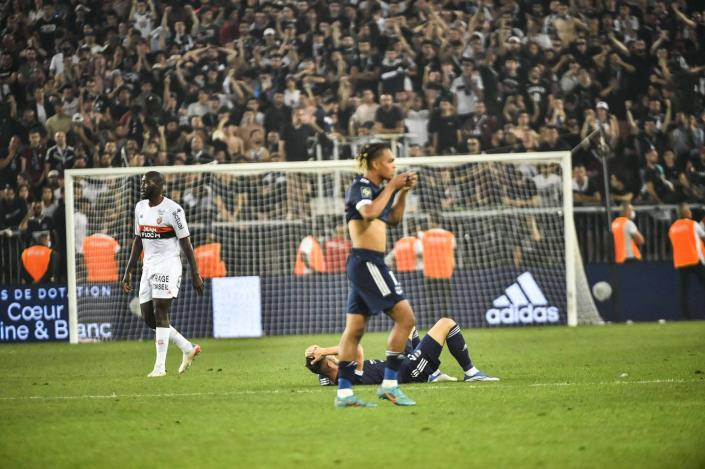 Stade Briochin, US Avranches, US Concarneau, FC Versailles or Paris 13 Atlético. These are a few examples of teams Girondins Bordeaux will face next season in the National 1, the third tier of France.

The French national league association (LFP) decided on Tuesday that the six-time French champions and relegated from Ligue 1 will have to play in the third division next season. Those responsible could not compensate for the required 20 million euros and therefore could not meet the criteria of the LFP.

The club will appeal to avoid complete disaster, but with no guarantees of a successful conclusion. Bordeaux, champion for the last time in 2009, has belonged to the Spanish-Luxembourgish businessman Gérard Lopez for a year, who has appeared in the past as a Formula 1 racing team owner and, until early 2021, as boss of OSC Lille.

Especially in the 1980s, Girondins was one of the most successful French clubs with three league titles and, among other things, played an epic semi-final in the European Cup against Juventus Turin in the 1985/86 season with stars such as Jean Tigana, Alain Giresse and Dieter Müller as well as Aimé Jacquet as a coach.

Lizarazu: Club in a ‘sick state’ for a long time
Two club legends and ex-Bundesliga players are very worried about their former club. Johan Micoud and Bixente Lizarazu are anything but optimistic about the coming years.

“The club has been in a state of illness for many years,” explains ex-Munich Lizarazu at SPORT. “How is he supposed to get out of this mess anyway? If you get bad grades in school, you have to repeat the year afterwards. It’s no different in football.”

“Liza”, who still lives an hour’s drive from Bordeaux, near Saint-Jean-de-Luz in the Basque Country, is not at all surprised by this decline. “I’ve been missing a certain continuity at the top of the club for many years. There were too many changes of ownership, too many new bosses and changes in the coaching staff. In the end, Bordeaux didn’t deserve any other way.”

Foreseeable chaos
In 2018, the TV channel M6 sold Girondins to GACP (US funds), which then sold on to King Street (US mutual funds) and finally to Gérard Lopez.

Micoud strikes a similarly rough tone as Lizarazu. Today’s TV expert at L’Équipe TV judges: “Slowly but surely, the overall situation has deteriorated at all levels in the club. You could see today’s chaos coming,” says the 1999 French champion with the Girondins.

Micoud elaborates: “There is too much unrest and nobody is able to find a good and promising solution to get the club back on track. The result is an extremely negative image for the club. In the past we could all pull together. There is nothing left of that today.”

Why doesn’t a former player try to help the club financially, lay out a clear plan and bring back much more stability? “I hear that a lot,” Lizarazu replies. “But it’s definitely not that easy. In the end, the owner decides which direction to take. In addition, it is rarely the case in France that former players take on important positions in a football club, as FC Bayern Munich, for example, has been doing successfully for decades.