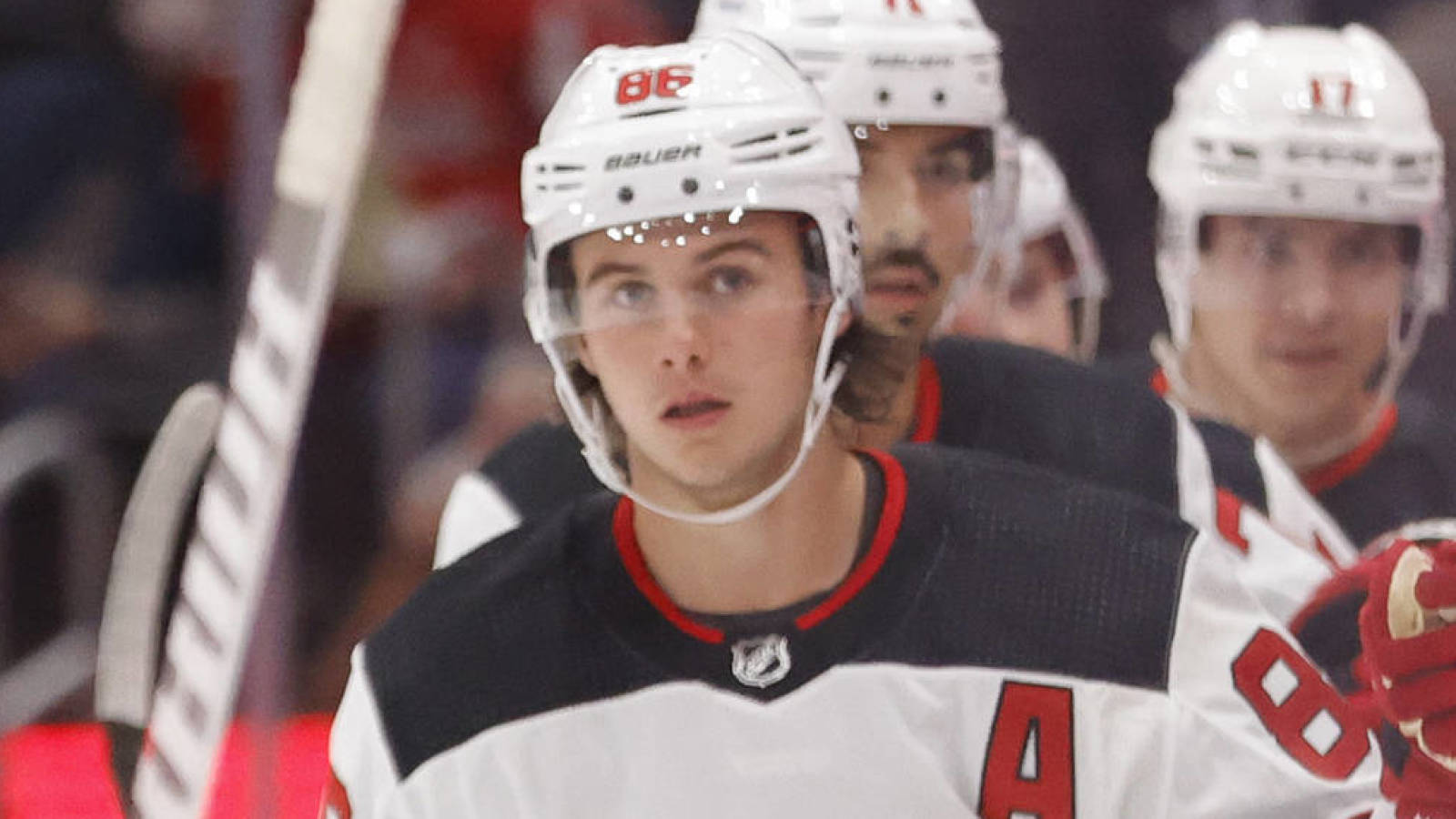 It was learned earlier on Tuesday that New Jersey Devils center Jack Hughes, the No. 1 pick of the 2019 NHL Draft, was set to return to action for Tuesday’s game against the San Jose Sharks after he missed roughly a month and a half of the season because of a dislocated shoulder.

That was only the beginning of the positive news for New Jersey fans on the final day of November.

Per the NHL’s website, Hughes has signed an eight-year contract with the Devils that is worth $64 million and that carries an average annual value of $8 million. The 20-year-old, who could’ve hit restricted free agency next summer, has a total of 20 goals and 35 assists in 119 career NHL regular-season games.

“I’m so excited to sign this deal for myself and for my family,” Hughes explained for a release. “I love being in New Jersey and I love playing in New Jersey. I wouldn’t want to play anywhere else, and we are really building something special. I believe in what we are doing here, and we have a great chance to be successful for a long time. This contract shows that this team is extremely invested in me and I’m also really dedicated to this organization.”

“Today is a big day for the New Jersey Devils. This contract shows the commitment Jack and his family have made to us, and how the organization – myself (Devils managing partners) David Blitzer and Josh Harris – are in turn committed to them. We are building something unique and special here, with Jack being a core piece of that. This is just the start of where we believe we can go with this organization, as we work towards sustained success for years to come.”

In total this fall, Hughes was sidelined for 17 games and recorded two goals and one assist in two contests before his injury. Ahead of Tuesday’s action, the 9-6-4 Devils were sixth in the eight-team Metropolitan Division standings.