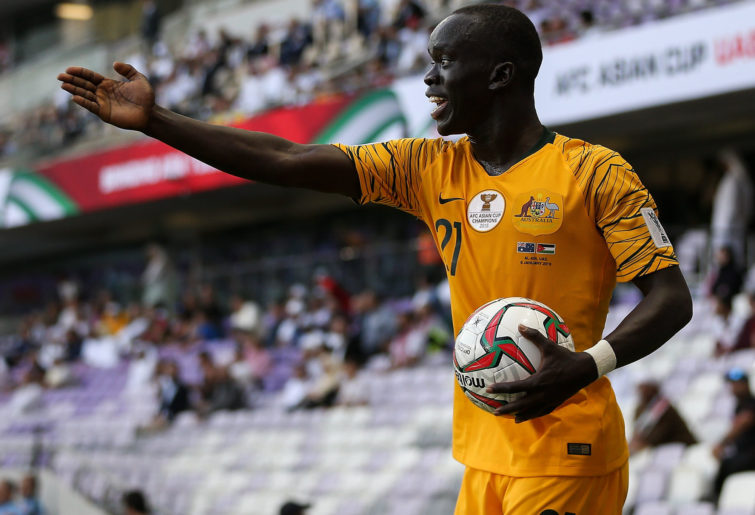 In the car on the way home from under-16 training, my dad asked which national team I would like to play for.

Without hesitation, I excitedly asked: “Which country has asked about me?”

My dad laughed and said, “None have.”

He just wanted to know who I would pick.

While my dad was able to play football at the highest level and represent the country of his birth, I never lived up his lineage.

Like many Australians, I do, however, hold dual citizenship.

Had my football skills been as good as my father’s, it would’ve been a very hard choice for me – deciding to play for the country I was born in or the country that my family made home.

The reason I bring up this moral dilemma is because a new Socceroo has had some fans conflicted about whether he should even be representing the green and gold in the first place due to some unusual circumstances.

Fran Karačić is a 25-year-old right back who plays for Brescia in Serie B. He has drawn rave reviews and his club are in the mix to win promotion to Italy’s top flight.

Karačić has never stepped foot inside Australia and only learned English in his early 20s. He was born in Croatia and has represented their youth teams nearly 40 times.

The connection to Australia actually comes from Frans’ grandfather, who immigrated to Sydney in the 1970s.

His dad was born in Sydney but his family moved back to Croatia where Fran was eventually born.

Australia acted swiftly and swooped Karačić up from Croatia’s clutches. Even though he’s never been here, there was no hesitation in representing Australia.

If the player in question had lived in Australia for several years, would fans be more supportive of his selection, though? Let’s look at the current Australian squad selected for World Cup qualifying for Qatar 2022.

Awer Mabil and Daniel Arzani were born in Kenya and Iran, respectively. They both came to Australia when they were children and their football skills were honed here.

Miloš Degenek was born in Croatia, but his family immigrated to Australia 21 years ago.

Kenny Dougall had the option. He’s Brisbane born but was being chased by Scotland and Thailand due to his parents’ birthplaces.

Harry Souttar was born in Scotland and represented their youth teams – he qualifies to play for the Socceroos as his mum was born in Western Australia.

Martin Boyle’s heavy doric accent of Aberdeen can be difficult to understand, but he also qualifies for Australia due to his dad being born here.

Like Karacic, both Souttar and Boyle have never lived in Australia.

Australia has lost just as many players that they were eligible for in recent times as well – Gold Coast-born Lyndon Dykes scored in the European qualifiers for Scotland on the weekend.

Deciding on which country to represent is never a black-and-white decision, especially for a young player. Multiple factors can come into play.

Gianni Stensness was one of the best midfielders in the A League last season.

He was born in Australia but has also represented New Zealand at youth level due to his dad. He recently announced that he wishes to commit his future to Australia.

Over the years, I’ve known prodigious teenagers’ families to have been given monetary incentives to have their child choose a prospective country.

In terms of family dynamics into decision making, it’s not unusual for different family members to have different viewpoints on which country should get the honour.

At the end of the day, it might simply be which country has contacted the player first and given a better speech in selling it to the player.

Fran Karačić’s club career is on an upward trajectory and he should be the Socceroos’ first choice right-back for the next several years.

Whether fans will get over the fact he wasn’t born in Australia, hasn’t spent a single second in the country or didn’t learn the language for 20 years is another story.