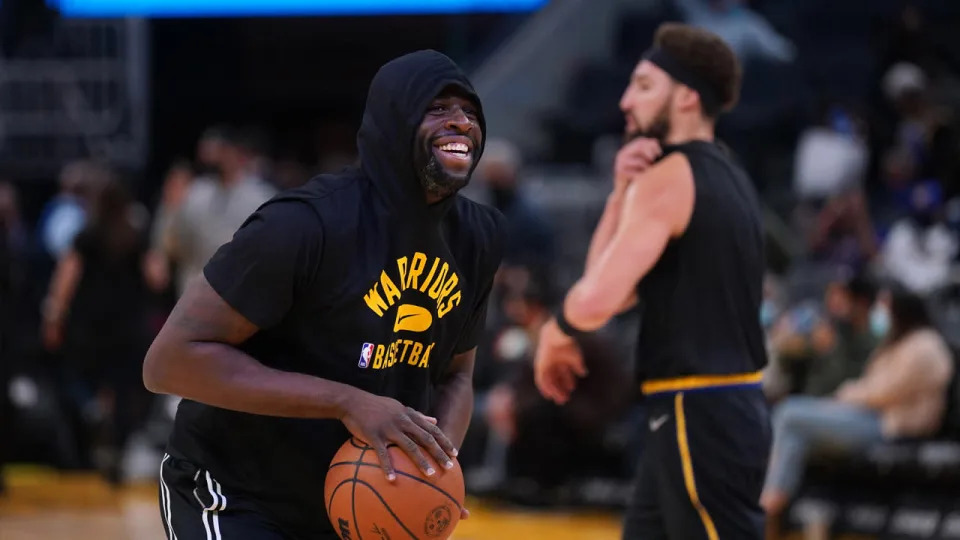 Draymond Green is thrilled Klay Thompson could return to the Warriors as soon as Sunday when Golden State hosts the Cleveland Cavaliers at Chase Center.

But the Warriors’ star forward also knows that Thompson’s return will force Golden State to alter its rotations and change the roles of certain players who have thrived early for the NBA’s best team, with shooting guard Jordan Poole being chief among them.

Green knows those role changes might irk some of his teammates whose playing time will be altered, but that’s the reaction he wants from those who will be alongside him for what he and the Warriors hope is a deep playoff run.

“No, because I think we still have at least two games with everyone playing the same exact roles they been playing, so you don’t want to jump the gun,” Green said Monday when asked if he talked with Poole or others about their upcoming role change. “You feel it. There’s no idiots on this team, as you can see in our play. Guys understand what’s ahead. I think as a leader, there will be a time when you have to step in and, more importantly, keep guys’ spirits up. You don’t play this week with the guys we have if guys aren’t competitors and if guys don’t want to play and want to be out there.

“And there should be some guys that is upset. Not upset because you are a better player than Klay Thompson, but because you put the work in and you want to play. That’s the nature of what we do. As a leader, you have to make sure that that upsetness is bottled up and it works for you as opposed to working against us. I think that’s the biggest thing for us.”

However, Green will be quick to tell his newer teammates that even if their role changes as the Warriors become whole, that doesn’t mean they won’t see the court. That’s not Steve Kerr’s way.

“As leaders, myself, [Andre Iguodala], Steph [Curry], Klay as he comes back, just make sure you keep the pulse of the team,” Green said. “Keep a finger on the guys and let guys know, one thing about Steve Kerr is he’s not leaving anyone planted on the bench. That’s not how he coaches, he has never coached that way, and I don’t expect him to start now. There may be a three-game stretch where you don’t play, but it won’t be a seven-game stretch, a 10-game stretch like you see on other teams around the league. That’s just not how Steve operates.”
RELATED: Poole thrives in ‘Sixth Man’ role in win vs. Heat

Green goes back to a message from Mark Jackson during his rookie season that he hopes his teammates will heed as their roles change.

“Brandon Rush got hurt, tore his ACL in the second game of the season. I’m sitting on the bench crushed that Brandon just got hurt. As Brandon leaves the court and I’m sitting there watching the game, I’m like, ‘I think this is what he was talking about.’ Stuff like that, that just happens for no rhyme or reason. If you’re not ready for that opportunity, there’s no guarantee that you’ll get another. These guys understand that. True professionals in this locker room. I don’t think that will be an issue, but like I said, you are going to have some upset guys, and you want that.”

As for Poole, the third-year guard starred as the Warriors’ sixth man during Monday’s 115-108 win over the Heat, pouring in 32 points from the role he will occupy once Thompson returns.

The Warriors own the NBA’s best record at 29-7 and are about to get one of the greatest shooters in NBA history back for the first time in almost 1,000 days. Roles will change. There will be a roster crunch. But as long as the Warriors keep winning, there’s no reason to believe there will be any discontent among a team primed to be playing deep into May and June.