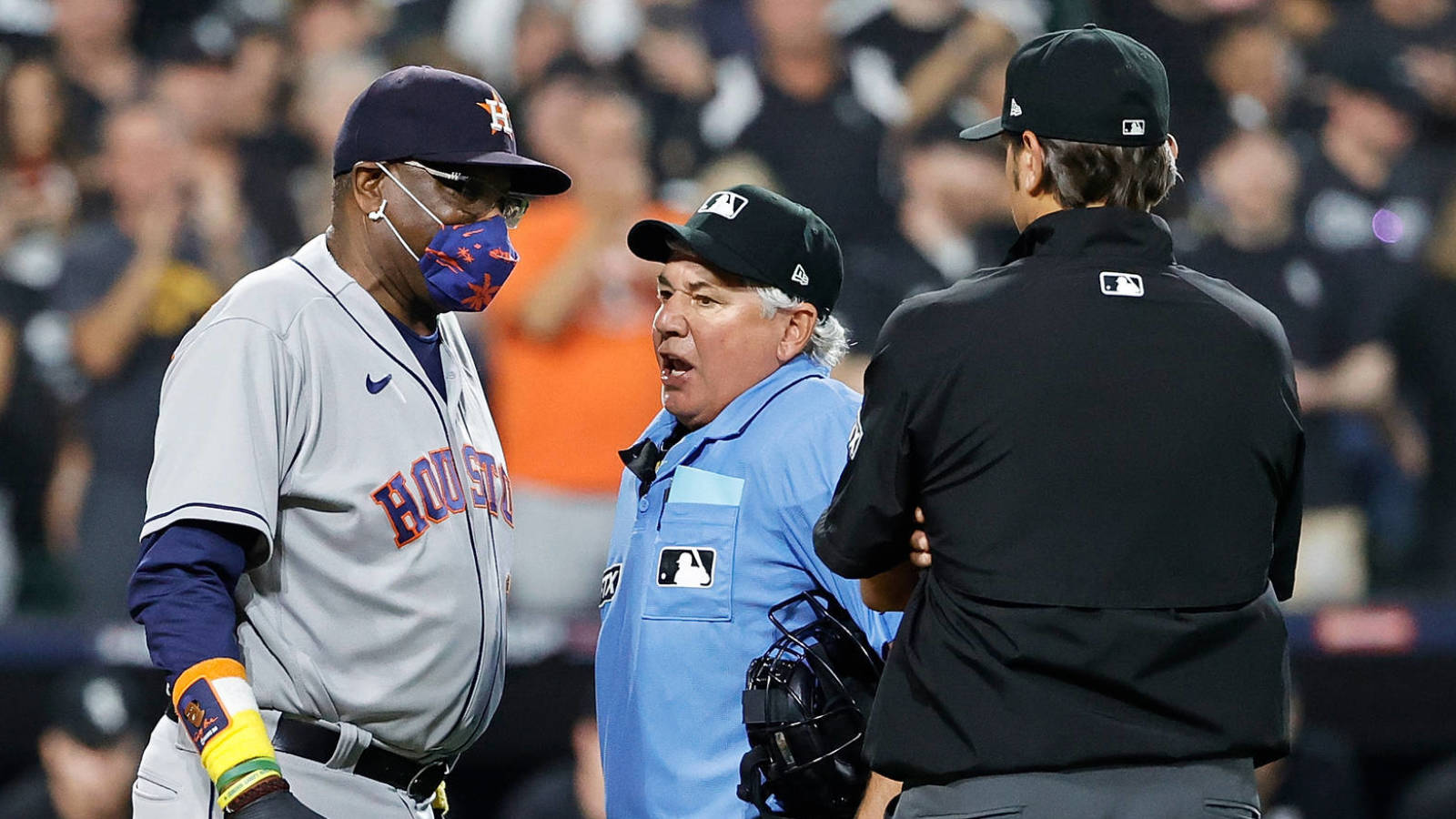 Dusty Baker and the Houston Astros were upset over a call that went in the Chicago White Sox’s favor during Game 3 of their ALDS on Sunday night in Chicago.

The White Sox were leading 7-6 and had runners on the corners with nobody out and Yasmani Grandal up in the bottom of the fourth. Grandal hit a slow chopper to first, and Yuli Gurriel charged and fielded it. Gurriel threw home to try and stop Luis Robert from scoring. However, his throw hit Grandal, who was running on the grass inside the baseline.

Gurriel was charged with an error, while Robert scored and the White Sox’s runners advanced to second and third with nobody out. Their lead grew to 8-6.

Baker came out to protest the call and seemed to be told that the umpires did not think Grandal interfered intentionally. A baserunner is out if they are more than three feet away from the baseline to avoid a tag or to intentionally interfere with a throw (Rule 7.08)

The umpires could have determined that Grandal intentionally ran inside the baseline to interfere with the throw, which would have resulted in him being called out and the runners returning to their bases. So that was a big play.

The White Sox ended up scoring one more run that inning to go up 9-6.

Here is another look at Grandal running:

FOX commentator AJ Pierzynski seemed to think Grandal ran on the grass intentionally. The Astros did too.