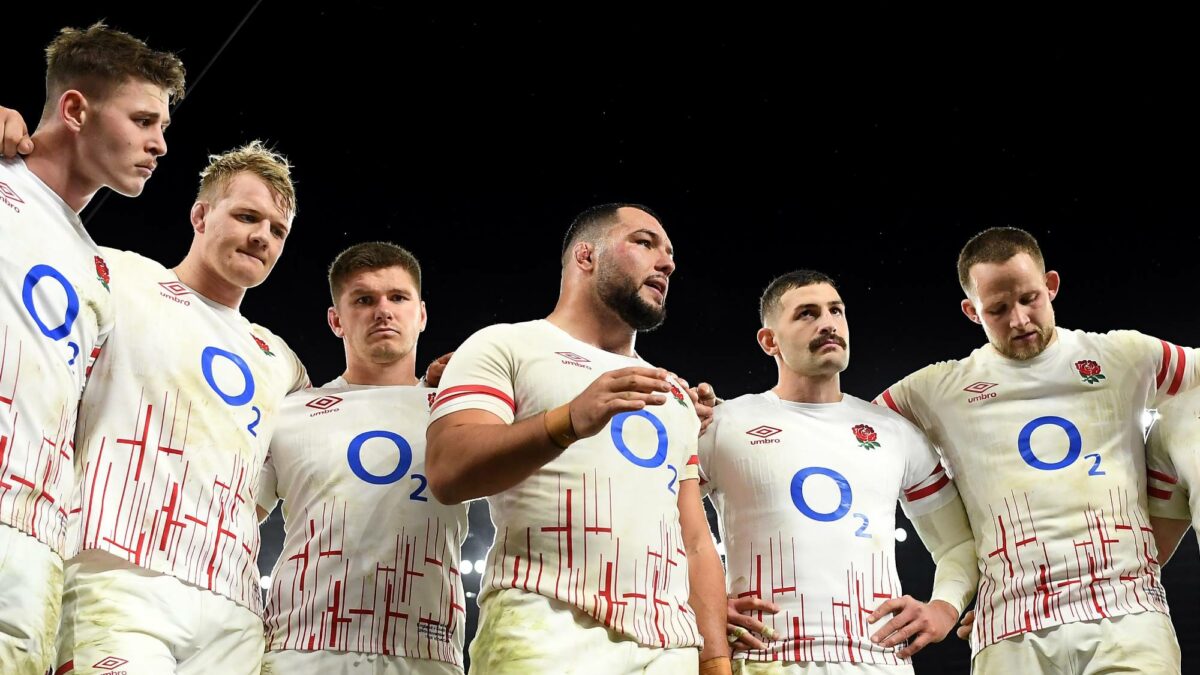 Two southerners at the helm of northern hemisphere teams are facing increasing calls for their sackings after the end of the Autumn Series.

Australian coach of England, Eddie Jones, has defended his record and plan after a demoralising loss to South Africa has unleashed the hounds – with former England stars, ex-coach Clive Woodward, and the nation’s rugby media demanding action.

Meanwhile the Wallabies have left Kiwi Wayne Pivac on the verge of the sack he precipice by storming back from 21 points down on Sunday to beat his Wales team in Cardiff.

The Welsh Rugby Union is due to meet Tuesday (AEDT) and it is widely reported that Pivac will be dismissed after that review.

The major stumbling block appears to be the minimum £1 million ($1.8m) it would cost the cash-strapped union to terminate his contract, and those of his backroom staff, 10 months ahead of time. He is contracted to the end of the 2023 World Cup.

Another Kiwi, Warren Gatland, is the strong favourite to return to the position he filled between 2007 and 2019.

Pivac was due to leave on a World Cup reconnaissance mission but has remained in Wales in the wake of the Wallabies’ crazy come from behind victory.

England produced one of the lowest points of the Jones era against a Springboks side missing their European-based players, ending a dismal Autumn Nations Series that has delivered a solitary victory over Japan.

It completes the nation’s least successful year since 2008, with Jones presiding over six defeats, one draw and five wins in 12 outings.

“This was the worst week in English rugby history,” 2003 World Cup-winning coach Woodward told The Mail on Sunday.

“The game in this country is a total shambles and defeat to a South Africa side without nine of its best players showed it.

“When are the leading figures at the RFU going to wake up and realise English rugby is in trouble? Everything is not OK. Eddie Jones will be allowed to carry on as he likes yet again.

“I was lost for words watching the South Africa game. It was that bad. It was one of the most depressing games I’ve seen at HQ. The England team is miles off where it needs to be.

“I’ve never seen people booing at the final whistle at Twickenham before. It really, really hurts me to see and hear that. I hate it. But at the same time, it also reflects where England are at right now.”

Mike Brown, the nation’s most capped fullback and a stalwart of Jones’ reign until 2018, believes his former head coach must be “held to account” when he faces the customary review from the Rugby Football Union.

“I have stopped believing what comes out of Eddie Jones’ mouth. I’m hearing the same things over and over again,” Brown told The Mail on Sunday. 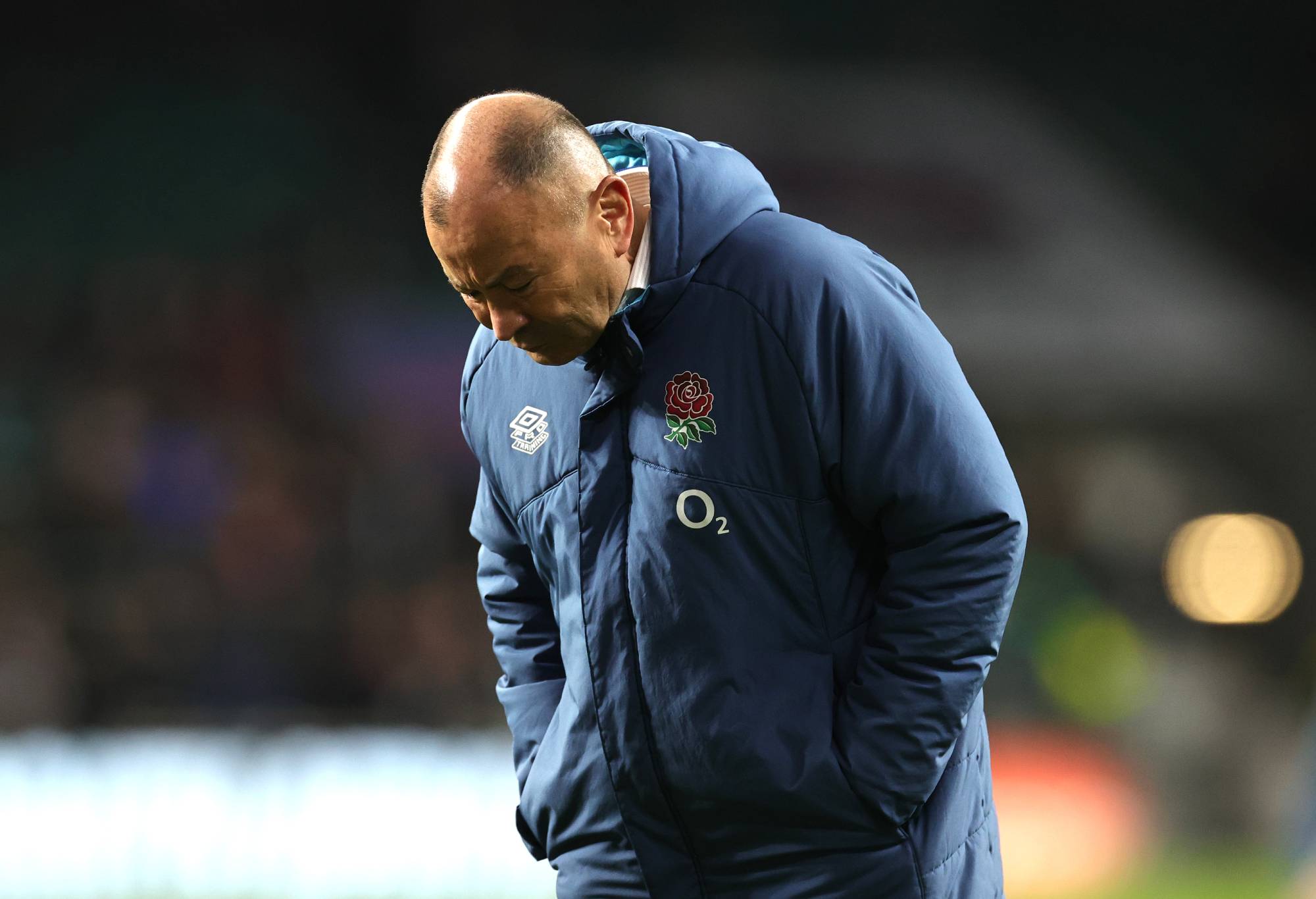 “We keep getting fed all these narratives about growth and playing style, but it’s not being backed up on the pitch.

“He keeps saying it’s his fault, so what is he doing about it? The time for talking is over. People are bored with it. He needs to be held to account.”

Stuart Barnes, writing in The Times, said the 2022 results of five wins, a draw and six defeats “is a pathetic return for England.”

Jones defended his methods and claimed the team was “not far away,” from where it needed to be.

“He is kidding himself,” raged Barnes. “He is definitely kidding his employers. It takes religious faith to believe in his ever-narrowing, conservative vision.

“‘Eleven months is a long time,’ Jones said, after the match, in regard to the World Cup. It certainly is for England fans with nothing but empty promises and original excuses.

“But he is right. Eleven months is sufficient time for the RFU to show courage and seek someone looking ahead to the future, rather than backwards.”

Barnes said the RFU should be calling in Wayne Smith as a replacement following his “inspiring leadership” of the Black ferns at the recent World Cup.

“Eddie’s England team are risk-averse. Don’t believe the talk of the team being there or thereabouts. The manager bemoans the strategic loss of the aerial battle. He picked a team to take on one of the best kicking sides on the planet. When that skirmish was lost, there was nothing left.

“A trip to Dublin and a French visit to Twickenham in next year’s Six Nations may convince even those with the blindest of faith that a con job is being played out before their eyes.”

Woodward’s former centre Will Greenwood was another to pile on.

“That was one of the most soul-destroying, demoralising, games of rugby I think I’ve ever been to at Twickenham,” Greenwood said in video published online.

“The side look completely devoid and shot of ideas. Scared of it’s own shadow, beaten up, out-played, out-muscled, out-thought.

“You can get caught up in the ‘building World Cup, building World Cup’ evolution and development. If that was happening, and we were playing and getting beaten 47-45 you’d sort of go, ‘yeah well done’,” Greenwood explained.

“But all I know right now is it is tough, tough to defend.”

“After England’s defeat by South Africa, the Rugby Football Union has to take a long, hard look at the team and coaching set-up and ask itself a simple question: are we going to win the Rugby World Cup next year?” he wrote for the BBC.

“That is not the standard I’m setting. That is the bar that the RFU itself has set to measure England and Eddie Jones by.

“After this year, with only five wins from 12 Tests, no-one can honestly say that they are on course to do that.

The tournament starts in 10 months. So something fundamental has to change if they are to get close to that goal.

“The Armageddon decision is to let Eddie Jones go and allow someone to get in as head coach and make changes now, with the Six Nations ahead of them.

“Or, if those in charge don’t change Jones, they tell Jones he has to change. And change something substantial and fast.

“What was worrying for me about the England performance was the lack of consequence and responsibility for individual actions.

This was a big game. The world champions were in town and England had one game to put a gloss on a pretty patchy autumn campaign.

But, for all the talk about being adaptable and smart, England could not change the tide of the game.”

Dawson said history suggested sticking with Jones could be a flawed move.

“Unfortunately that may be the case for Jones.

Whether the RFU makes that call is another thing. Contracts, continuity, a lack of appetite for that big decision might mean it doesn’t.

“But I think whoever you brought in – whether it was Steve Borthwick from Leicester, Alex Sanderson from Sale, Ronan O’Gara from La Rochelle, Scott Robertson from Crusaders – would spark an immediate improvement. I think you would see some brilliance from England.”

Jones, meanwhile, insisted his plan was solid and the team was on course to peak in France next year.

“Hundred per cent. And I am sure [fans] will have doubts like you guys. I am standing in front of you and you’re telling me I don’t know how to coach, basically. Right? So that’s alright, and I am sure some of the fans feel like that.

“But, you know, it’s a progression to the World Cup, we have our ups and downs, today we were badly beaten at the scrum, and therefore the rest of the game becomes very difficult to judge.”