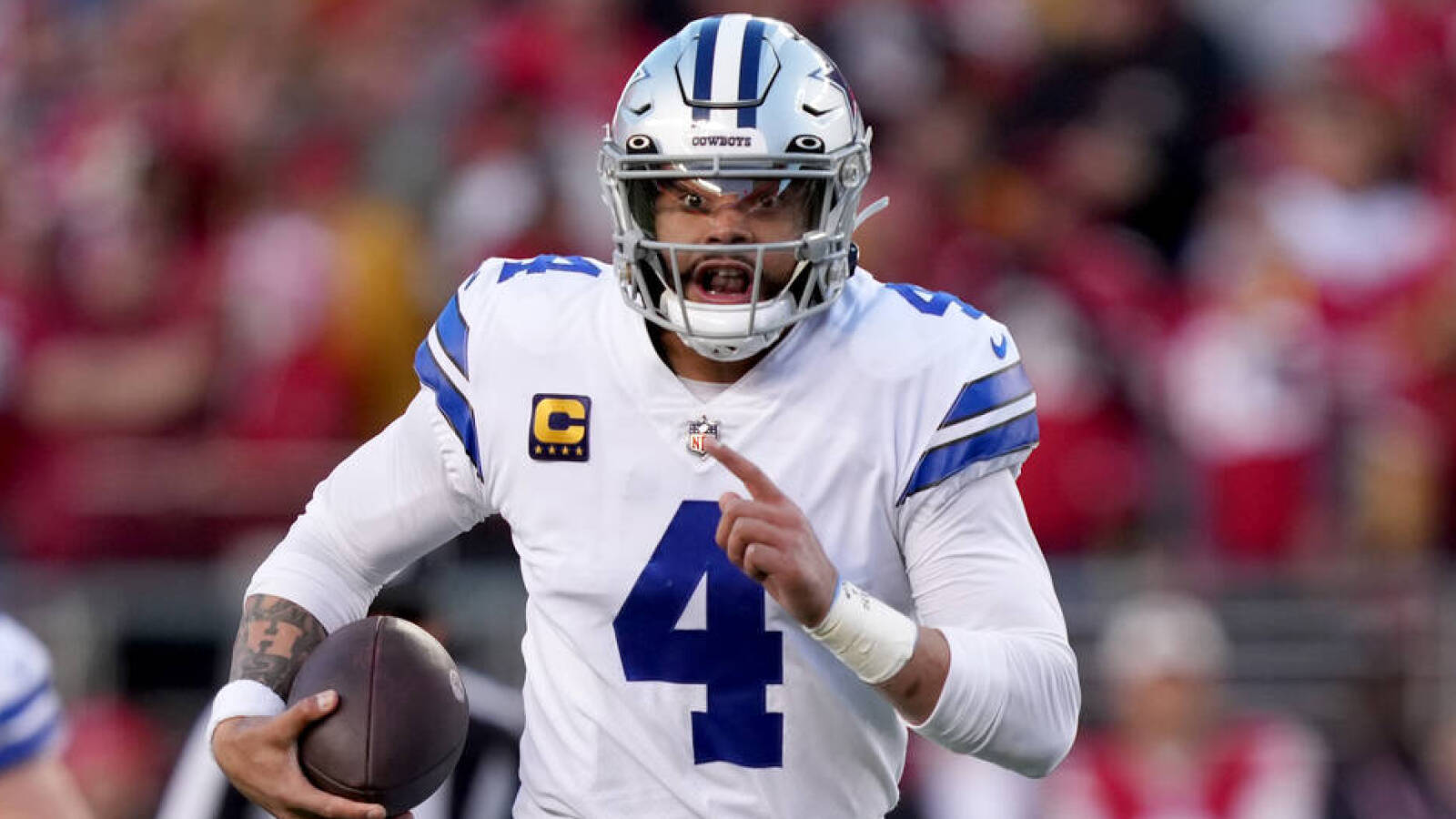 After a 19-12 divisional-round loss to the 49ers, the clock is ticking on the Ezekiel Elliott and Dak Prescott era.

Following a second consecutive playoff loss to San Francisco, reporters asked Elliott if it was his last season in Dallas. The three-time Pro Bowl running back admitted the thought crossed his mind.

“I’ve definitely thought about it,” he said in a post-game news conference.

Dallas has $5.9 million in cap space, below the league average, per Spotrac. Elliott’s 2023 salary is $10.9 million. The Cowboys might release him since he averaged a career-low 3.8 yards per carry, a move that would make room for other free agents like Tony Pollard.

Pollard broke out this season, leading the team in rushing (1,106 yards in 18 games). NFL Network Insider Ian Rapoport reported the Cowboys want to keep Pollard and are considering the franchise tag.

Dallas releasing Prescott is unlikely because it incurs $89 million in dead cap. However, the Cowboys might want to evaluate their options after he threw a career-high 17 interceptions in 14 games.

“You get to the third or fourth round (of the NFL Draft). You may want to roll the dice on a QB,” Colin Cowherd said Sunday on his podcast.

San Francisco and Philadelphia selected QBs in later rounds that have helped them reach the NFC championship. Eagles QB Jalen Hurts went in the second round of the 2020 NFL Draft (pick No. 53),  while 49ers QB Brock Purdy was a seventh-round selection (pick No.262) in 2022.

Prescott is interception-prone, throwing 10 or more in three of the past four seasons. If this trend continues, Dallas may need to develop another QB. Tennessee’s Hendon Hooker and BYU’s Jaren Hall are intriguing options late-round options, per Tankathon.