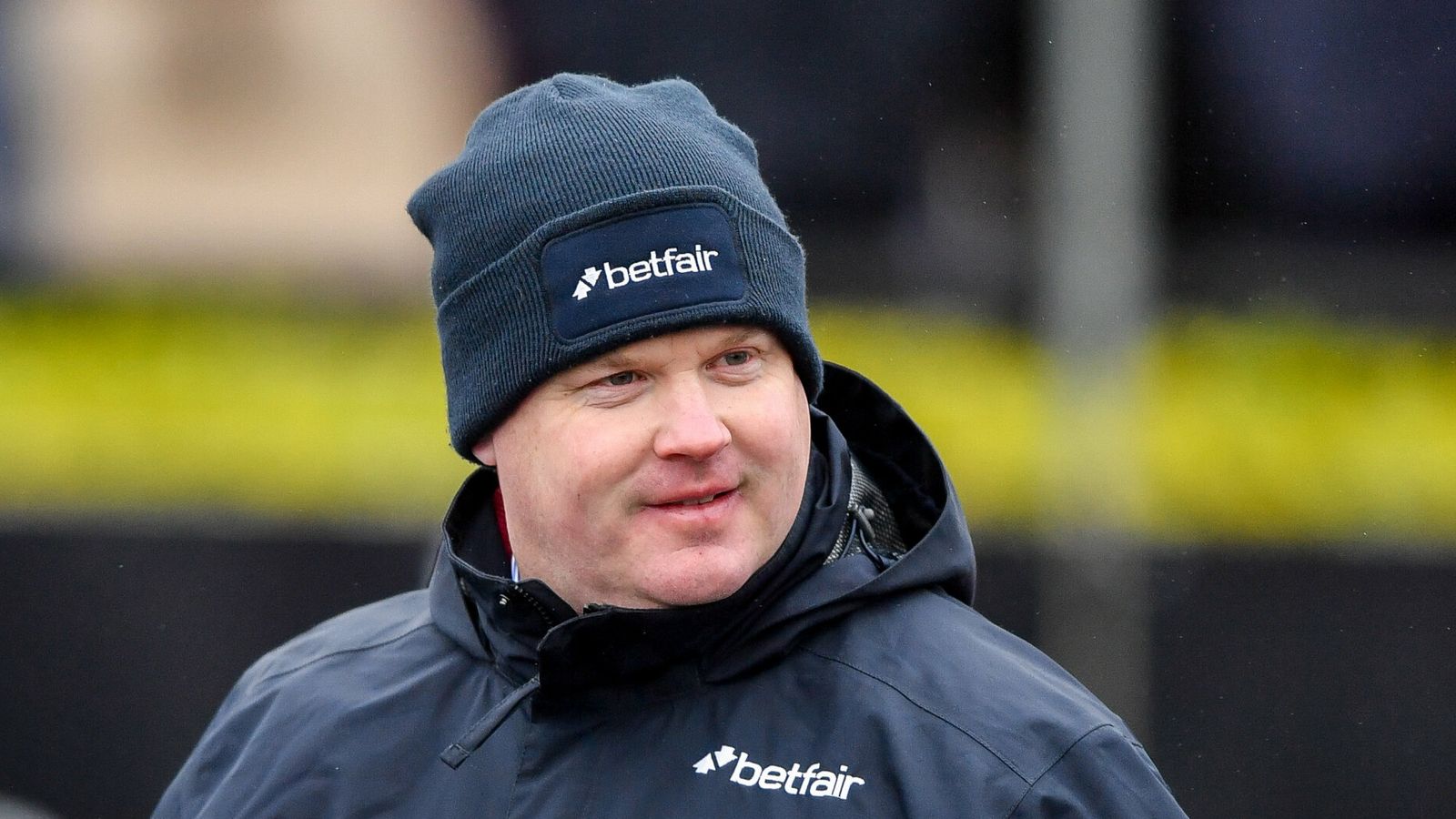 Rising star Jordan Gainford could steal the limelight at Limerick on Sunday when he partners Farouk D’alene in the BoyleSports Faugheen Novice Chase.

The 3lb claimer enjoyed a breakthrough success at Cheltenham in March when The Shunter won the Paddy Power Plate and now has his first ride in a Grade One, on what is also his return from injury having suffered a broken wrist in a fall last month.

Trained by Gordon Elliott, the Gigginstown House Stud-owned Farouk D’alene was a smart novice hurdler, beating Gavin Cromwell’s Vanillier in a Grade Two at this meeting 12 months ago, and made a winning chasing debut at Navan earlier this month.

“I couldn’t be happier with him,” said Elliott.

“He has come out of Navan well. That was his first run since Limerick last Christmas so I would be expecting him to come forward a bit from that, but he’ll need to as he is going in at the deep end now.

“It looks a hot race and Gavin has a couple of nice horses in there, but that is what you get in these Grade One races.

“Jordan wouldn’t have ridden a horse with a chance like this in a Grade One before.

“I think he’s got a proper chance, I think he’ll love the soft ground. He has improved no end from his first run at Navan. I’m very sweet on him”

Cromwell has declared both Gabynako and Vanillier – but should the going at Leopardstown ease Vanillier is likely to be rerouted.

Cromwell is in the enviable position of training two of the nicest novice chasing prospects in Ireland and would ideally prefer to split them up over Christmas.

Albert Bartlett winner Vanillier had been booked in for the Neville Hotels Novice Chase at Leopardstown on Wednesday, but with watering having taken place to stop the ground getting quick, Cromwell has left him in at Limerick over a trip which would be short of his best.

“Basically the thinking behind it is that my preference is for Vanillier to run at Leopardstown, hopefully they get the rain,” said Cromwell.

“It would be a shame for them to have to take each other on at this stage, more so because we know three miles is more Vanillier’s trip while two and a half is perfect for Gabynako.”

Gabynako looked sure to record a Grade One win of his own in the Drinmore at Fairyhouse only to make mistakes at the final two fences and be caught by Beacon Edge.

“He made a couple of mistakes and that cost him. We gave him a school on Tuesday and he jumped very well.

“In his beginners’ chase around Fairyhouse he was exceptionally good. He jumped well. He jumped well in the whole in the Drinmore but down over the last two he just made mistakes at the vital time that probably cost him the race.

“Fire Attack is a horse that has always had a lot of talent, but hasn’t helped himself by racing too freely. We decided to try something different for his chasing debut in October and Shane Fitzgerald made all the running on him,” O’Brien told Betfair.

“He settled much better there and produced a good winning performance. This is a much stronger race, but I wouldn’t like to rule him out.

“Global Equity got off the mark over fences at Galway in October. She took her chance in Grade One company at Fairyhouse last time and didn’t run too badly.”