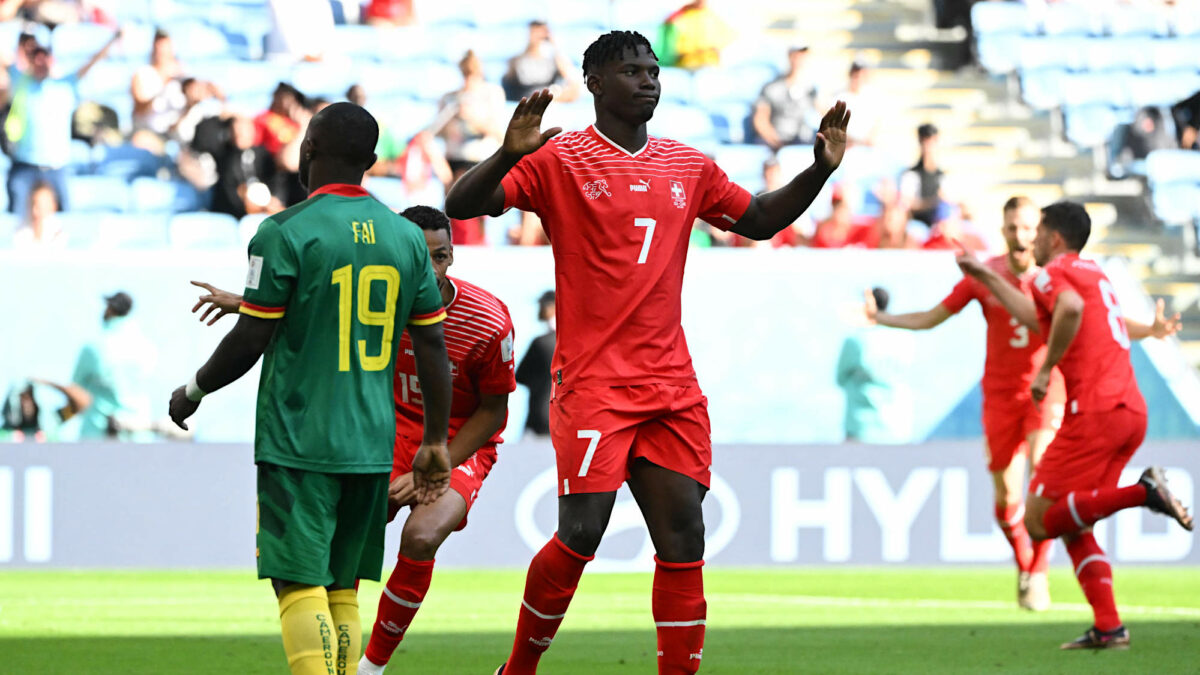 Breel Embolo’s goal has lifted Switzerland to a 1-0 win over Cameroon at the World Cup and he kept his promise not to celebrate scoring against the country where he was born.

The Swiss forward from Yaounde struck with a right-foot shot in the 48th minute of Thursday’s match, standing all alone eight metres out in the middle of the goalmouth to take Xherdan Shaqiri’s low pass.

Embolo then pursed his lips in a wry smile and held his arms out wide, before raising his hands in a gesture of apology as teammates rushed to him near the penalty spot.

He pointed toward Swiss fans behind the goal where he had scored then to Cameroon fans at the opposite corner of Al Janoub stadium.

The 25-year-old forward left Cameroon with his family when he was five. They spent time in France before settling in Switzerland, the country he is now representing at a second World Cup.

The Indomitable Lions, who eliminated Algeria in a playoff to qualify for the tournament, had outplayed the Swiss in the first 45 minutes with quick combinations, speed and power as their opponents remained toothless up front.

They carved out their first chance after 10 minutes with Bryan Mbeumo testing goalkeeper Yann Sommer before Karl Toko Ekambi sent his rebound over the bar.

The Swiss were in trouble again a little later with in-form forward Eric Maxim Choupo-Moting snatching the ball from an opponent to charge into the box only for Sommer to block his effort.

In search of their first win at a World Cup in 20 years, Cameroon were bolder, taking on their opponents in one-on-one situations, while the Swiss rarely managed to get into their opponents’ box.

Switzerland, who reached the round of 16 in the two previous World Cups, struck at the start of the second half with Shaqiri cutting into the box and Embolo tapping in what proved to be the winner.

An almost identical move just past the hour almost saw the Swiss score again but Ruben Vargas’s shot was pushed wide by keeper Andre Onana who kept his team in the game.

Cameroon’s streak of losses at World Cup finals tournaments extended to eight games dating back to 2002.

The Swiss next play Brazil on Monday with Cameroon taking on Serbia.