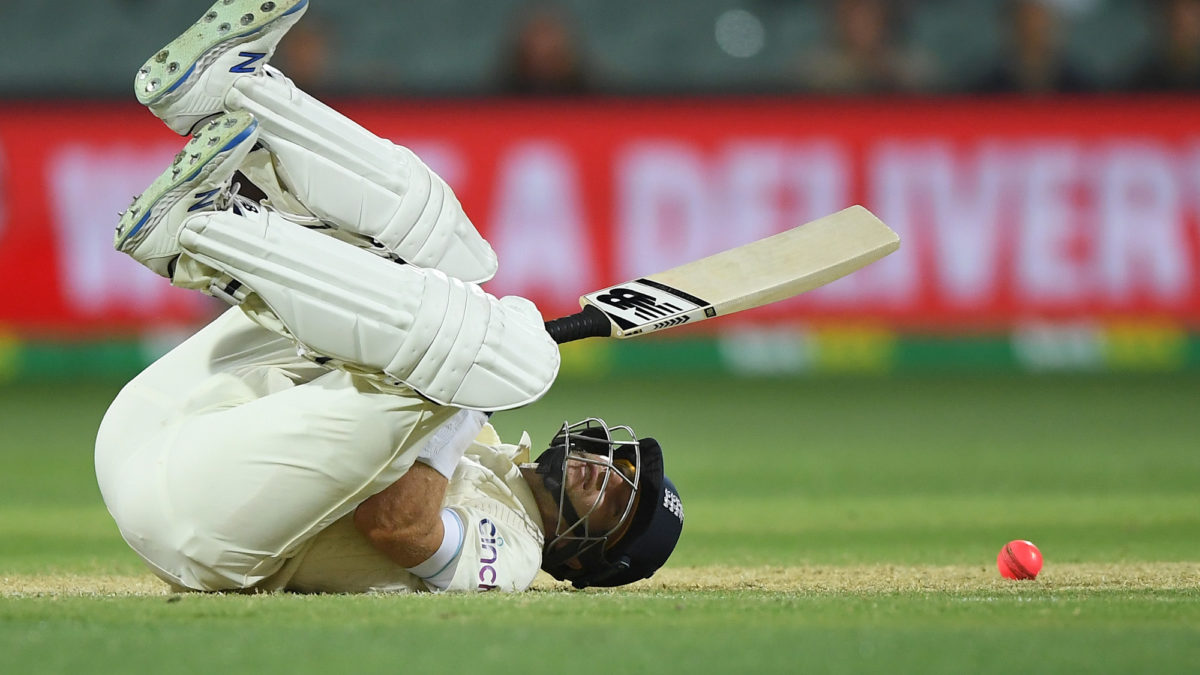 England’s scattered approach and preparation could not be more visible than in the last Test match at the Adelaide Oval.

Australia won by quite a margin and imposed a demoralising loss for the touring team. The result doesn’t speak for how Australia still battled to put themselves into a winning position, but England were behind.

For all the aspects Australia had to gain from the win, England seemed to lose and further lurk into an area of uncertainty. During the match, there was a swap of the currently best ranked Test batsman in the world.

A new-look Australian attack led by Mitchell Starc showed the bench bowling strength within the Australia A squad, while the England Lions were actually sent home. Australia just looked hungrier to be in a winning position.

We are not going to cement Marnus Labuschagne’s status as a better batsman that Joe Root. If you are an unbiased cricket fanatic, you should be annoyed by the recent headline articles on the news of Labuschagne being rated second to Don Bradman in terms of average. For the average punter out there, a batting average does not show the entire story.

Marnus is yet to play outside of Australia and England, all his centuries have been first and second innings centuries on relatively flat Australian pitches and he hasn’t exactly faced the most threatening of bowling attacks.

The only bowling attack that has truly tested him was India, and he didn’t completely look the part against them until the Brisbane Test, in which he scored a century during a losing cause (yes, that loss). These are the pointers the haters will get to first, but let’s just acknowledge how lucky we are as a country to host another No.1-ranked batsman.

It reflects his form in the last two years and our wonderful domestic cricket structure; even though he’s the Kevin Pietersen of the Australian team (Marnus was born in South Africa), we will claim him. And to think he started off as a concussion substitute, the belief in the man to make performances when it counts is admirable. 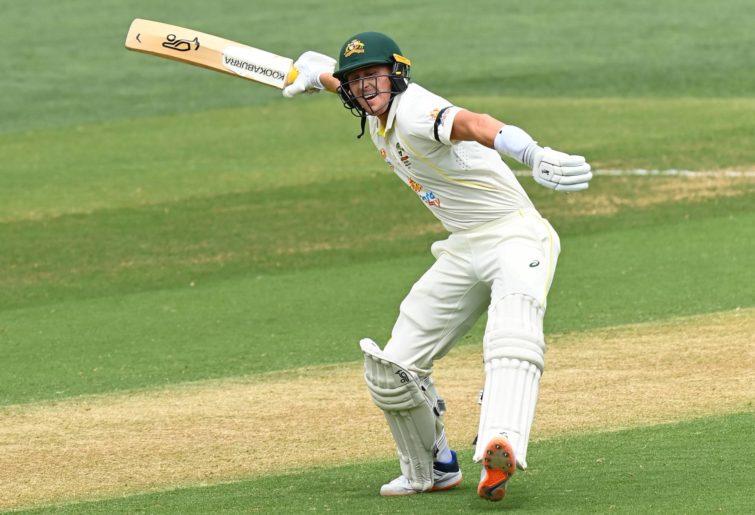 The guy just knows how to make runs and we all hope he will be nearly as good as Steve Smith in other conditions. It makes our top four, barring David Warner’s batting partner, quite a stable force in world cricket. With all them in form, we can afford to give Marcus Harris another crack and let Travis Head go out and play an attacking innings like he did in Brisbane.

Compare this to England, where the second-best batsman after Joe Root averages 36. Ben Stokes, although a class player, is more an impact player than a batsman who can consistently tally runs. To feel like the star batsman, much above the rest of your teammates must be a lonely place; I was too young to follow the heyday of Brian Lara, but Root must be in the same boat.

Dawid Malan once again looked impressive in Adelaide, but there is clearly a collective effort and grit missing from England’s batting unit. There is a lack of confidence from the openers and a mental struggle for the middle to lower order to play the innings required for their team to survive.

How does the batting unit lift itself up from here? A couple of changes with entries for Jonny Bairstow and Zak Crawley is not going to entirely change the dynamics of this batting line-up. If anything, they might disrupt a rhythm the team was building. The best the squad can do is to lay to rest expectations and go out there with clear heads.

The flat pitch in Adelaide was quick to expose risk-averse and unthoughtful England bowling. Root, whether right or not, stated his disappointment in his bowlers not pitching it up towards a driving length. This excludes the use of Stokes as an enforcer in the first innings; and for a while it seemed to work as the batters were reduced to a low run rate.

It eventually proved to just delay the inevitable. The old methods that work time and time again are the ones that are planned, executed, and repeated every over. The pitch made the original plan to have James Anderson saved as a specialist seamer for the pink-ball Test pathetic.

Anderson must have a prideful problem with leaking runs – he does not look like the kind of bowler who is willing to get the ball in a fuller channel and potentially leak runs to succeed.

I recently saw a comparison between him and Dale Steyn as the two premier fast bowlers of our time. One thing we know about Steyn is that he will be willing to leak runs if it gave him a chance to succeed.

Much more was expected of Anderson as the leader of the attack. 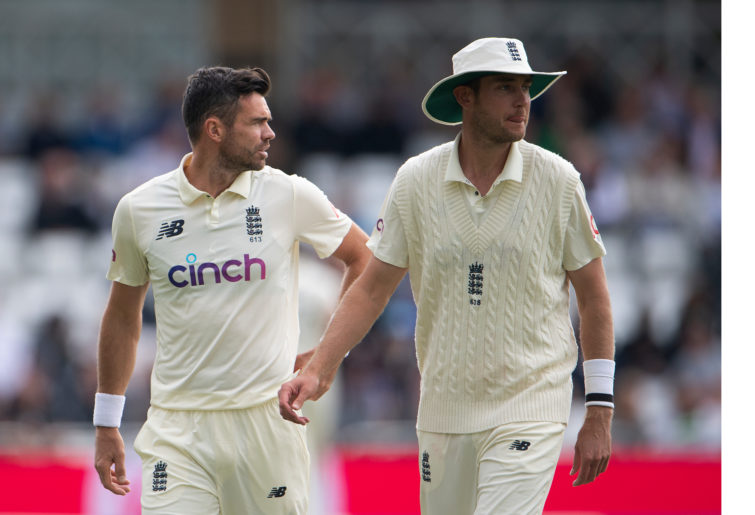 Stuart Broad kept it steady, while Ollie Robinson was prodding along. However, it was not penetrative bowling. Robinson especially looks like he is missing that extra pace to extract an extra millisecond of indecision from the batsman.

The moment Ollie decided to try his hand at some off-spin was representative of England’s mindset at the time: out of ideas.

Let’s not even talk about Chris Woakes. Mark Wood was the one gem from Brisbane who should have played in the second Test. He has already stated the hard yards he put into his fitness to keep playing consistent Test matches.

In contrast, we saw an Australian attack bereft of Josh Hazlewood and Pat Cummins show up to the party. Starc looked a bowler he hasn’t in a while. The angle he created across the right handers was tremendous viewing; especially the wicket of Ollie Pope and dropped catch off Jos Buttler in the second innings.

It showed his quick assessment of a wicket that didn’t offer much assistance and he adjusted his usual looking-for-swing-style to a more contained bowling style. His wicket of Joe Root showed there is nothing grander than a left-arm quick going around the wicket to a right hander and straightening the ball down the line.

I think I speak for everyone when when I say I want to see more of this from Starc, not the Starc who is considered occasionally wayward.

Nathan Lyon looked as consistent as ever, hitting the same areas and getting purchase off the wicket. No matter the complaints about the de selection of Jack Leach, he is not skilful enough to havegotthe same turn and bounce Lyon would have from this wicket. 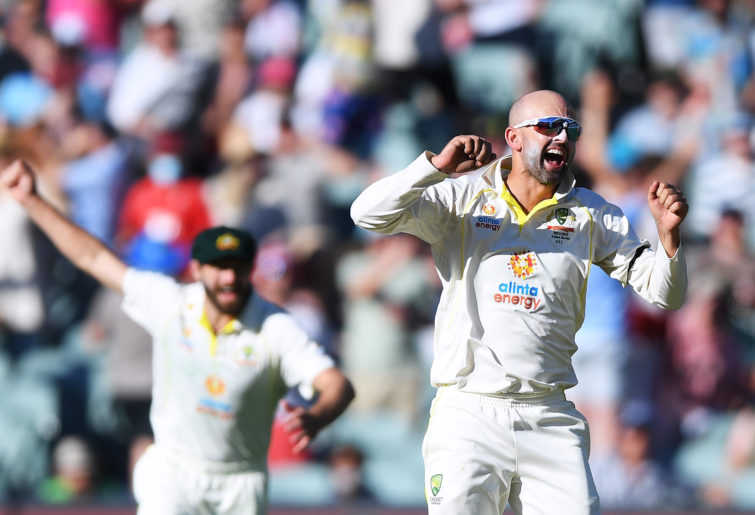 Jhye Richardson looked like he belonged in this level. His hauls in Sheffield Shield have been that impressive he had to be given another chance. He looked frustrated in the first innings on not getting his comeback wicket immediately which eventuated in over searching and going for a few runs, but he came back strong by sticking to his method.

Michael Neser was impressive as tail-end batsman and as a consistent pitcher of the ball. That wicket of Malan in the second innings showed the accuracy he operated with. England bowlers will have to look at their counterparts for some bowling lessons.

Do England have the hunger to come back from two losses?

Root is adamant if the basics are done correctly, they have a chance to take the series. The problem lies in his answer – not being able to do the basics correctly. The batting group are not collectively in a positive mindset and are slowly starting to play overly defensively.

Being able to defend is one thing, but runs have to be scored. The bowlers are not sticking to their plans; and not standing up to the captain if he is placing fielders in unsuitable positions. The wicketkeeper is dropping sitters but taking absolute blinders, highlighting a mental struggle to overcome distractions creeping into his game; and this can be extrapolated to the rest of the squad.

Frankly, it is hard to see England turn this around. The players have been in quarantine bubbles for most of the calendar year and it cannot be doubted how much it robs of a good mental foundation to play successfully away from home.

The last time any Test team came back to win a series after two consecutive losses was Australia in the 1936-37 Ashes series. It is an absolute feat to achieve this, even if Don Bradman was in the team. The English players will have to collect reservoirs of mental energy from somewhere to make this even a possibility; at least to regain the respect of cricket fans.

It is the beauty of sport that anything can happen, and every dog has its day.

The last surprise Test series win was Sri Lanka in South Africa, where a truly broken Sri Lankan Test team arrived on their shores and achieved something truly miraculous. Still the only Asian side to win a Test series in South Africa and no one (literally, no one) saw it coming.

All the lows of that team made them dig deeper than they ever had, and it spawned a group of match-winners. Maybe these past few days have been enough for England to conduct similar soul-searching and put up a performance in the Boxing Day Test match.