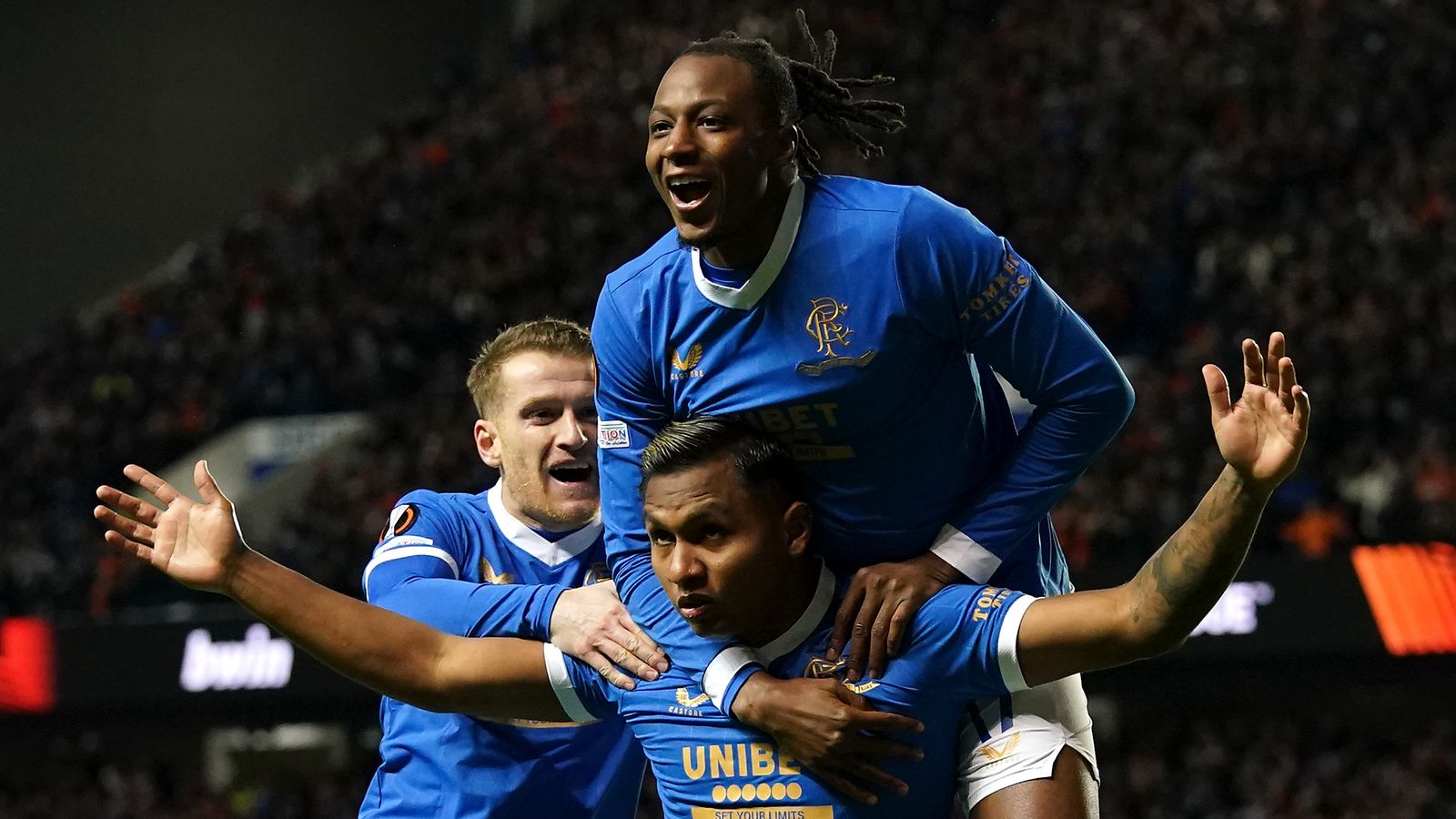 Rangers have been drawn to face Borussia Dortmund in the Europa League knockout round play-offs.

When are the play-off ties?

The first legs of the play-off ties will be played on February 17, with the return fixtures a week later on February 24.

What is the play-off round?

Instead of a round of 32, the eight second-placed teams will meet one of the eight sides finishing third in their respective Champions League groups in a two-legged play-off round in February.

Those eight teams will join the eight Europa League group winners in the last 16 in March.

Who dropped down from Europa League?

Who could Celtic or Leicester face in play-offs?

Tottenham will feature in draw although outcome of postponed match against Rennes yet to be decided by UEFA.