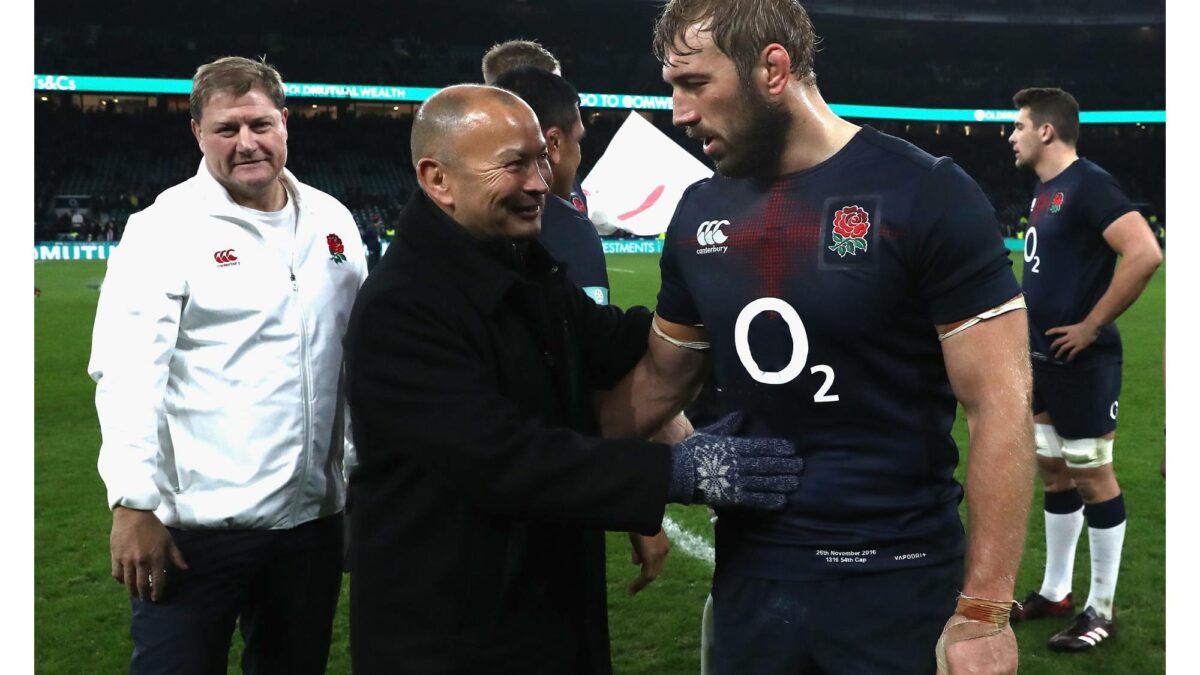 Chris Robshaw – England’s captain at the 2015 World Cup – believes it is a “shame” Eddie Jones is no longer coaching his former nation and says their loss is Australia’s gain.

The former back-rower, who was infamously called a “six-and-a-half” by Jones in a Daily Mail column during England’s failed 2015 campaign, spoke glowingly of the incoming Wallabies coach on Wednesday night.

“You’ve got yourself a very good coach, who can definitely come in and shake things up, and also fix things quite quickly,” Robshaw told reporters via zoom in an interview arranged by Sage.

“From an English point of view, I think it is a little bit of a shame because you look at what he’s done in World Cups.” 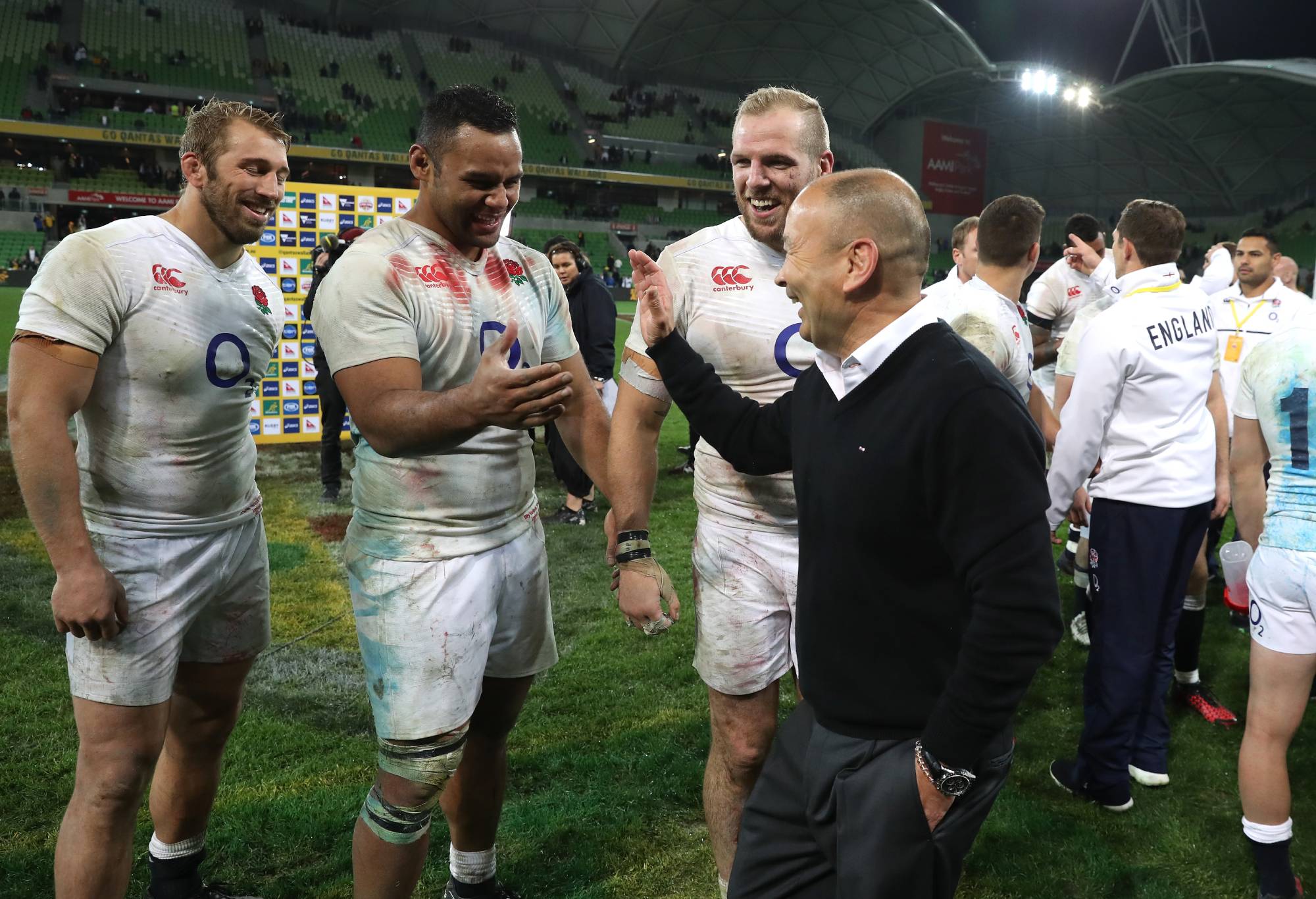 Jones, who was axed by the Rugby Football Union following seven years in charge of England, was sensationally announced as Wallabies coach on Monday after Dave Rennie was sacked less than nine months out from the Rugby World Cup.

Rugby Australia made the decision to call time on Rennie heading into his third and final year in charge of the Wallabies in part because of Jones’ excellent World Cup history.

Robshaw is one of the best-equipped people to comment on Jones’ pedigree after being coached by the Australian for three years.

Fascinatingly, the openside flanker was mocked during the 2015 World Cup when Jones said he was a “six-and-a-half at best”.

Jones added that Robshaw was an “outstanding club player but at international level he just doesn’t have a point of difference”. 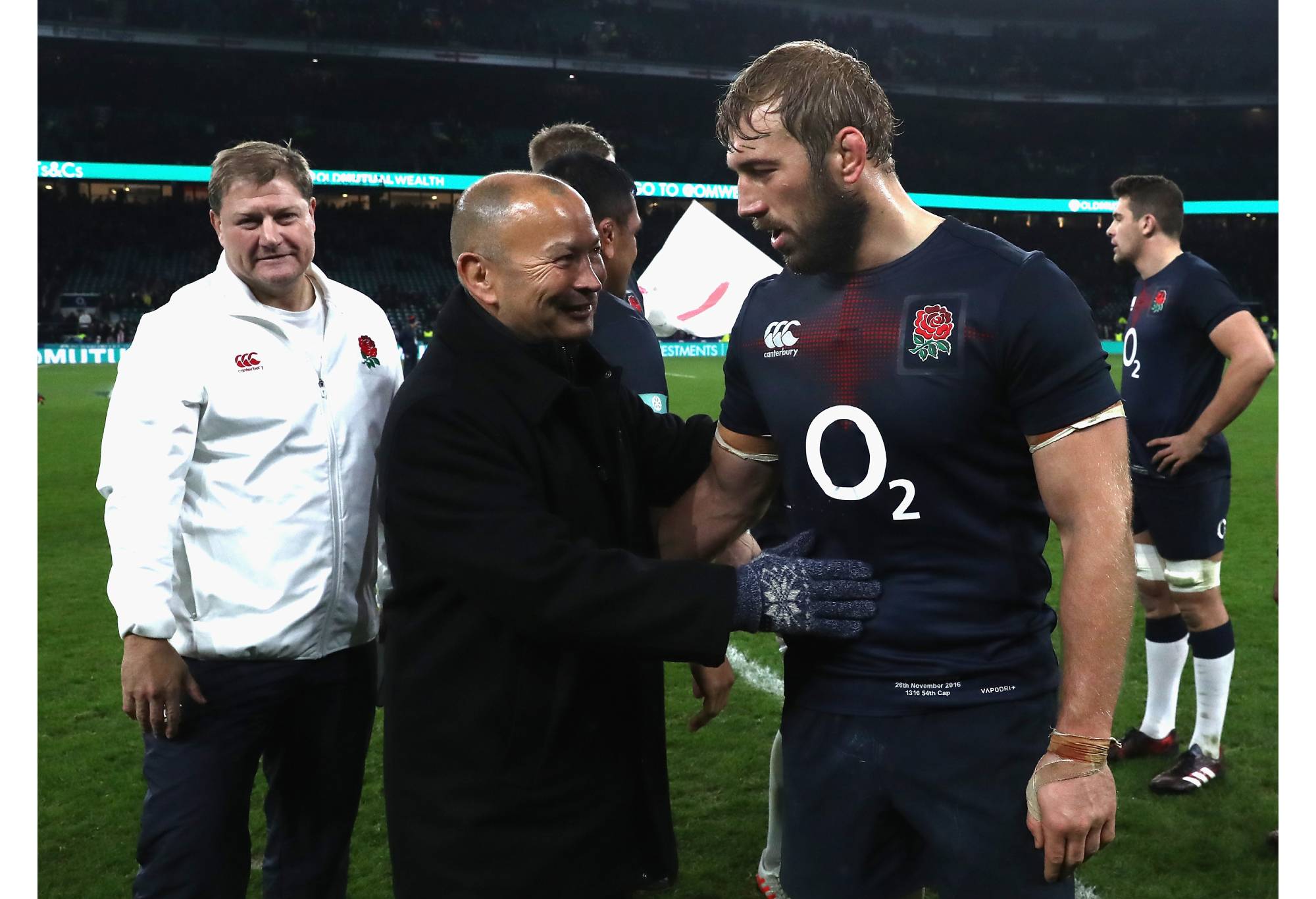 Robshaw believed Jones’ opinion would lead to his international playing days come to an end. But, as he quickly discovered, it couldn’t be further from the truth.

“As soon as he got announced, I was thinking, ‘OK, that’s kind of me done,’” said Robshaw, who went on to start at blindside flanker 23 times under Jones for England.

“But very early on we had a very open conversation behind closed doors and he said, ‘look, if you can go away and work on bits of your game, there’ll be a place for you in my side, not as captain but as important to me.’”

Robshaw, who won his first cap in 2009 under Martin Johnson and played the last of his 66 matches in 2018, said Jones was the type of coach Australia needed and the Wallabies would represent a tougher proposition in a potential quarter-final matchup against England under him than a Dave Rennie-coached side.

“I think he will be able to get them up to shape or, if nothing else, definitely improve them quickly.”

Robshaw also provided some unique insights into some of the training methods used by Jones in the search of perfection.

“Eddie was always looking for his perfect remedy in terms of training methods,” he said.

“There were definitely tests along the way. I remember in our first camp where we had six o’clock walkthroughs but when we got there, there were no coaches. But I’m sure there were cameras hidden around and set-up to monitor, what’s the mindset of these guys? Are they going to be professional and get straight on with it or are they just going to wait for 10 minutes, muck around kick a ball and go home or go back to their bedrooms?

“It’s those type of things where he’s always giving you that bit of freedom and seeing, what level of these guys are at, and how far can I push them to get better?”

Some ideas, however, fell flat.

“There were definitely some things which I’m glad didn’t stick around like 5:30 wrestling,” Robshaw said. “[They] were in and out, which was pretty good it never came back, but he will definitely shake things up there.

“Australian rugby needs something at the moment, if we’re honest, they’re not in their best place. They had a tough tour over here in our autumn series, so if there’s a man who can fix things quite quickly, I think it is Eddie.” 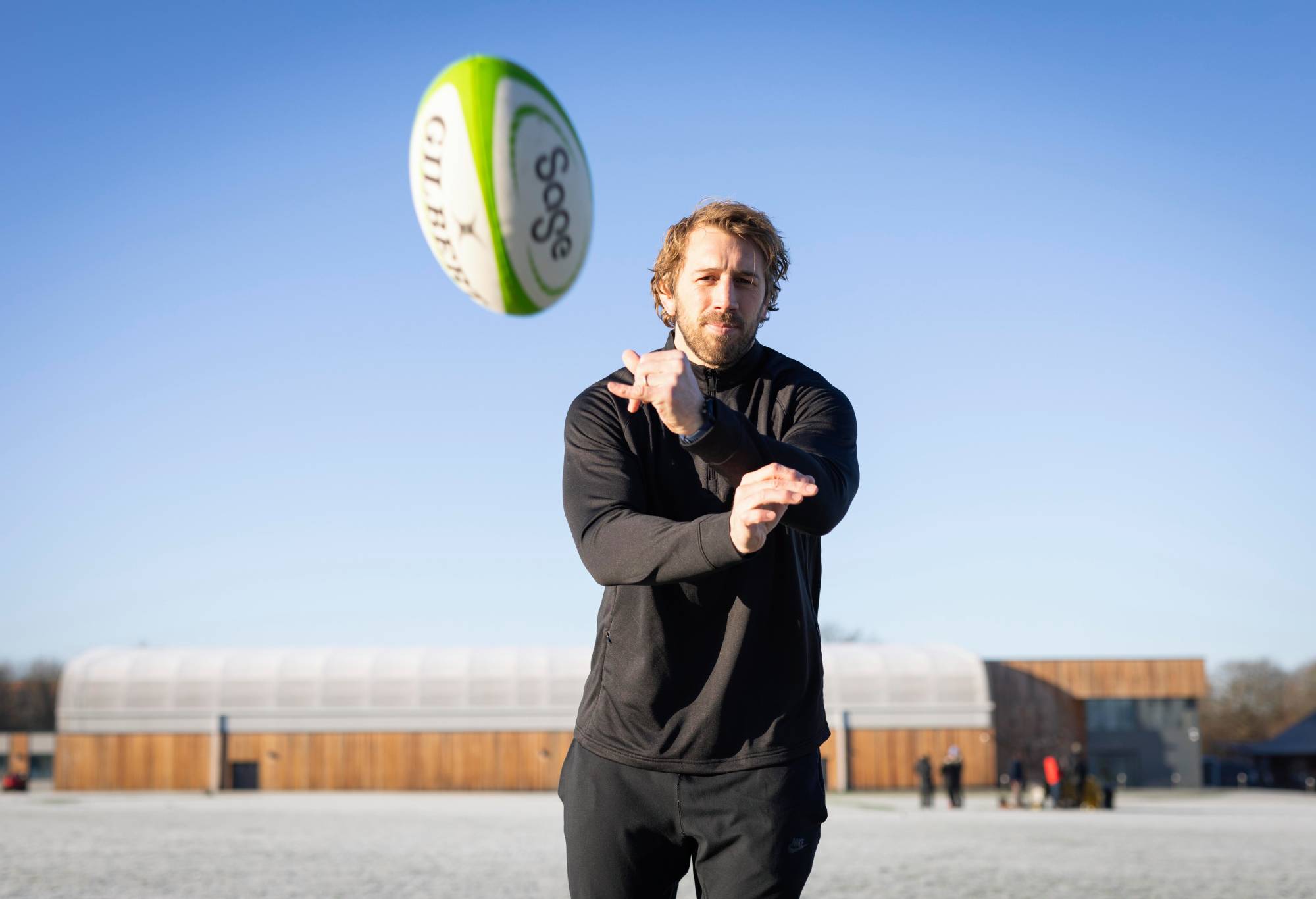 Some critics of Jones point to the high turnover of assistants as well as the demanding environment he oversees.

But Robshaw believes it was the Australian mentor’s man management skills that set him apart from other coaches. “It’s Eddie’s mentality. He was better than any coach I have worked in terms of his man management,” Robshaw said.

“It’s the little things like his ability to get the best out of people and treat everyone differently from going into the breakfast room and acknowledging every single person in the room.

“But also there’ll be some people like myself, which would be a quiet word and just having a conversation to a James Haskell where they’re taking the mickey out of each other all day and getting the best out of him like that…

“There’ll be some younger guys who he’ll test and put under stress to see if they’re up to international rugby because, as you know in the heat of the moment in those top flight games, it’s tough.

“There are other guys like someone like a Joe Marler, who was struggling massively with his mental health and stuff like that, and he was very honest. Eddie said, ‘Go away and do whatever you need to do, but when you’re ready, as long as you’re playing well, we can facilitate and see if there’s a position for you back in his side, no grudges will be held.’

“And even when there has been issues or indiscretions and stuff, people accept their punishment and he doesn’t hold a grudge, you do your punishment and then you get back on the pitch, it’s that type of mentality.”