Ronaldo’s rift with Manchester United last week went from bad to worse when he said he felt “betrayed” by the club, claimed senior figures were trying to force him out of Old Trafford and ripped manager Erik ten Hag, among a host of inflammatory comments.

Addressing his comments publicly for the first time, the megastar striker said he did not regret the timing despite the feud potentially hindering Portugal’s build-up to the World Cup in Qatar.

“From your side it is easy to look at how we can choose timings.

“I don’t have to worry what others think. I talk when I want to. Everybody knows who I am, what I believe in.”

Portugal teammates Bernado Silva and Ruben Neves have both been asked about the Ronaldo fiasco at media conferences on the brink of the World Cup.﻿

“We were playing around last week,” Ronaldo said on Monday.

“Please, don’t ask players about me; ask about the World Cup.”

Portugal will begin its World Cup campaign against Ghana at 3am on Friday (AEDT). 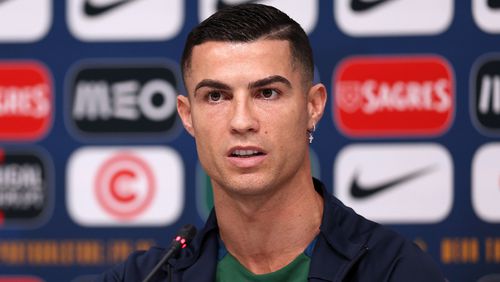