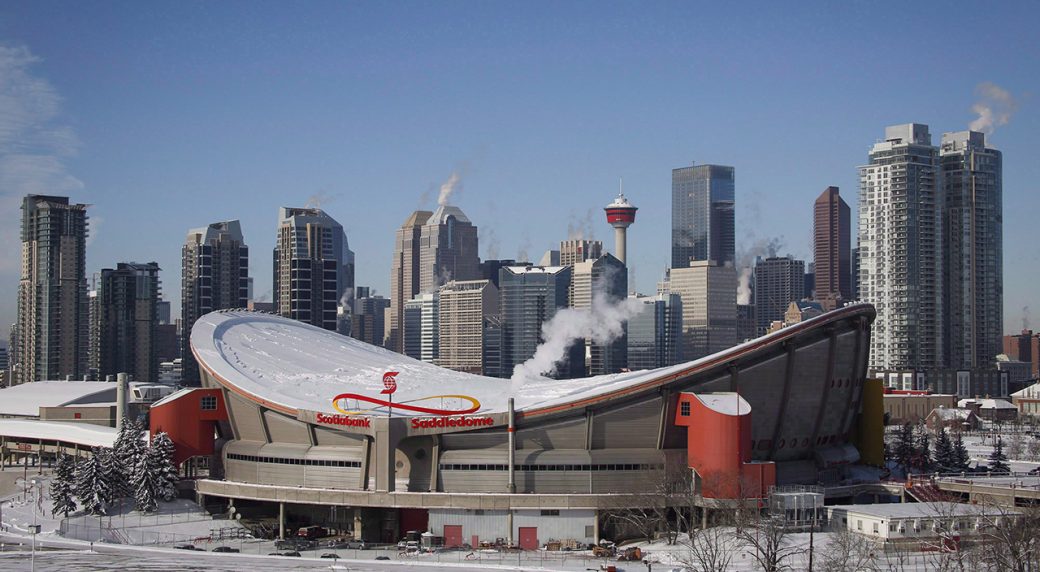 Calgary Sports and Entertainment Corporation says rising costs associated with the project are preventing the organization from continuing to pursue a new event centre in the city. But the ownership group of the Calgary Flames pledged to keep the team in the Scotiabank Saddledome.

“CSEC’s primary objective in pursuing the Event Centre Project has been to provide Calgarians a first class facility with an entertainment experience, not only for hockey, but for other events including concerts, comparable to other major cities,” a statement released late Tuesday night reads. “However, at this point, it is clear that the City and CSEC have been unable to resolve a number of issues relating to the escalating costs of the Project.

“Accordingly, as the City and CSEC have been unable to resolve these issues, CSEC has determined that there is no viable path to complete the Event Centre Project.”

Earlier Tuesday, Calgary Mayor Jyoti Gondek announced that CSEC chair Murray Edwards had informed her the organization intended to pull out of a deal — originally struck in 2019 — that would see the company and city split the costs of a new $600-million multi-use event centre, which would include an 18,000-seat arena. This July, the two sides renegotiated the contract and CSEC agreed to assume more than 50 per cent of the overall costs, now estimated to total $634 million.

In a statement and subsequent press conference, the mayor cited a disagreement over how much each side would cover costs related to “climate mitigation” and “road/sidewalk right of way issues” as the reason CSEC was withdrawing from the deal.

“There was additional funding that had to be taken on by Calgary Sports and Entertainment Corporation,” the mayor said Tuesday. “It appears that they are unable to make that financial commitment, following the approval of their development permit, so it would appear that they are ending the deal.”

However, the organization — which also owns the WHL’s Calgary Hitmen and NLL’s Calgary Roughnecks, both Saddledome tenents — contends the city continues to raise costs on the project. In a statement, CSEC says “was not prepared to fund the infrastructure and climate costs that were introduced by the City following our July agreement and were not included in the $608.5 million and are not included in the current cost estimate of $634 million.”

“The failure of the City and CSEC to find a viable path forward was not based upon simply the ‘the last dollar’ on the table; but rather was based upon the accumulated increase in CSEC’s share of the costs, including the infrastructure and climate costs, the overall risk factors related to the Project and the inability of CSEC and the City to find a path forward that would work for both parties,” the CSEC’s statement reads.

The Flames have played at their current home — the Scotiabank Saddledome — since 1983. City council voted 11-4 in July of 2019 to approve the project, with then-Mayor Naheed Nenshi stressing the deal provided “a great balance of social and financial return” for the city.

In announcing the end of the deal Tuesday, both Mayor Gondek and the CSEC said they were “disappointed.”

“While not ideal for Calgarians nor competitively for the Flames, the people of Calgary should understand that nevertheless CSEC’s intentions are to remain in the Scotiabank Saddledome,” the CSEC said.