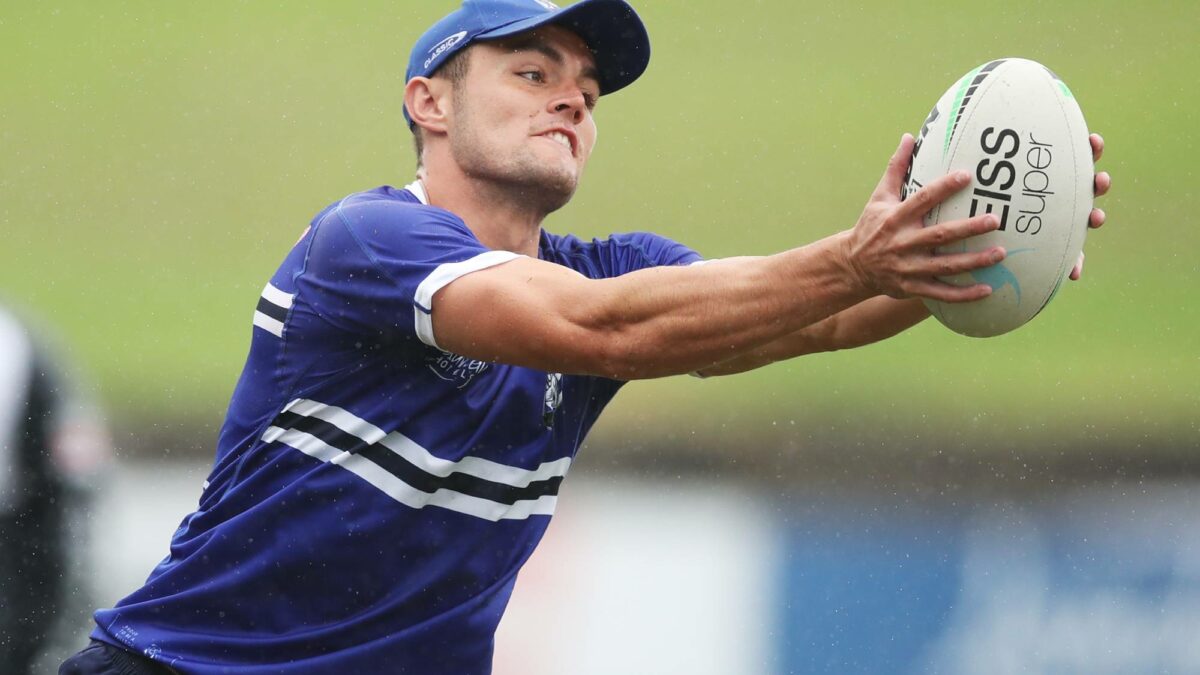 Kyle Flanagan is the latest example of NRL’s “Next Big Thing” syndrome which has always been a nasty affliction but is only getting worse in recent times with the growing omnipresence of the rugby league media landscape.

He’s also having to deal with “The Famous Surname” accompanying malady which comes with having a father who coached one of the most memorable premiership wins in the modern era.

The 23-year-old playmaker has been getting more media attention than his peers since he was a high school student and is again front and centre in the news cycle this week after he was recalled to Canterbury’s line-up for the first time this year.

Coming into a team which has already churned through two halfbacks in the space of four rounds is hard enough, but it becomes a monumental task when the side has lost three in a row, culminating in a 44-0 drubbing last week, and this Sunday’s assignment is taking on unbeaten premiers Penrith.

It’s been described as a “hiding to nothing” and taking on “a poisoned chalice” but beggars can’t be choosers and Flanagan should be well aware that he is running out of chances to establish himself as a genuine long-term NRL halfback or end up like all those other Next Big Things who were never able to live up to their potential.

Bulldogs coach Trent Barrett played in the halves at St George Illawarra two decades ago alongside a player who had enormous expectations placed on him way too soon and it nearly derailed his career. 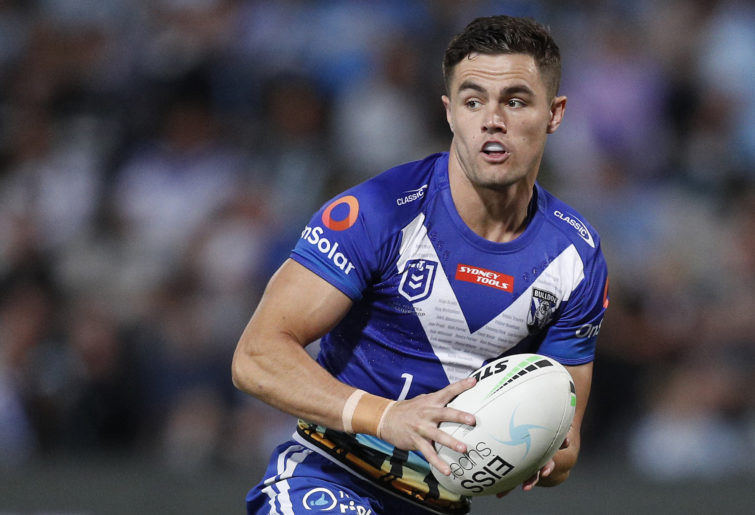 Willie Peters was a promising prospect at South Sydney early in his career when coach Craig Coleman labelled him “the next Peter Sterling”, a tag which meant fans and commentators expected the young halfback to be on a path to greatness. He was a solid first-grader in the NRL and Super League over many years but he was never going to be in Sterlo’s class.

A few years later, Tim Smith had the Next Big Thing status thrown upon him while wearing Sterling’s famous No.7 jersey. After a superb rookie year, all signs pointed to Smith being a long-term star in the blue and gold but the fame was too much for him at a young age and he played just two more full seasons at Parra before bouncing around the Super League, Cronulla and Brisbane without ever living up to the great expectations.

There are many other examples of players who had too much expected of them too soon and it proved too much. As the late, great Jack Gibson famously said “the rugby league graveyard is filled with players of potential”. It only guarantees so much.

Flanagan first started making headlines when he was drafted into Cronulla’s Auckland Nines squad at the start of 2017 as a teenager and he looked like he was destined to be a game-changer when he starred that year in the National Youth Championship, notching 20 tries and booting 140 goals to break the competition scoring record.

The following year he dominated at NSW Cup level and was given a run in first grade near the end of the season in what turned out to be the only time he was coached by his father Shane.

Late in 2019 he knew his chances of regular NRL game time was limited behind Shaun Johnson and Chad Townsend so he accepted an offer to join the Roosters to succeed the retiring Cooper Cronk.

Everything seemed to be going well until midway through the 2020 season when he was dropped for Round 13 and the Roosters being the cagey birds they are, didn’t say anything. It was assumed it was a case of a young half being rested midway through a gruelling campaign but coach Trent Robinson debunked that theory a couple of days later by saying he had been dropped.

Their failure to announce why Flanagan wasn’t on the team sheet when it was announced on Tuesday turned what was always going to be a prominent news story into an even bigger one.

Flanagan returned to the team a few weeks later and played out the season but his confidence had taken a monumental hit which only got worse after their semi-final exit when the Roosters put his head on the chopping block following their failure to secure a rare premiership threepeat.

His disappointment at getting shafted quickly dissipated because the Bulldogs snatched him up on a lucrative three-year deal.

But he only enjoyed one win in his 13 appearances last season for the Dogs as he was in and out of the side which hurtled towards the wooden spoon.

Based on that form it wasn’t a great surprise that Barrett wanted to try something new in 2022 with star recruit Matt Burton occupying the five-eighth’s role.

But for all the hype spent about their recruitment drive and the millions of dollars splashed out, the Dogs still don’t have another solid option at halfback. 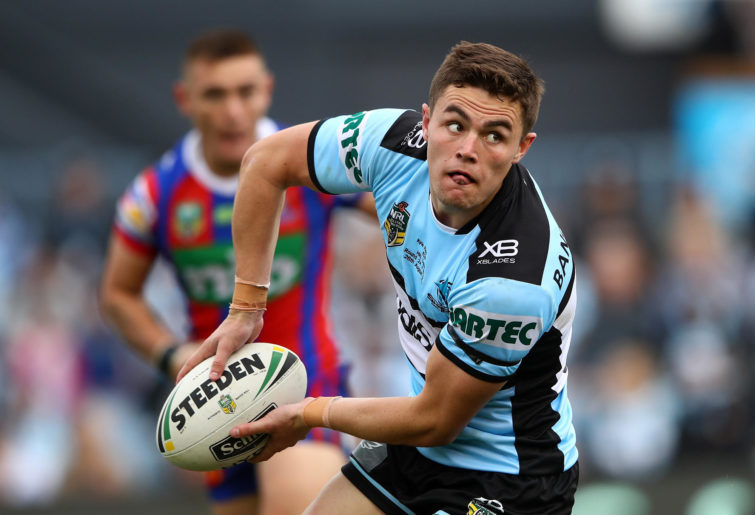 Jake Averillo, who lasted two matches at the start of the year, is better suited to the centres while Brandon Wakeham, who partnered Burton the past fortnight in back-to-back defeats, appears destined to be a career bench utility after failing to make the most of several chances in the past few years.

Which all circles back to Flanagan.

This is his chance. And it’s not necessarily a bad one.

Does anyone expect Canterbury to get within cooee of the Panthers on Sunday? Any loss by 30 points or less would be an improvement on what most pundits are expecting. Show some improvement and you can potentially even keep the gig for a staggering three weeks in a row.

Unlike Averillo and Wakeham, he has the all-round organising game which can complement Burton. If the Dogs can get a playmaking duo with some spark, then the likes of Josh Addo-Carr, Matt Dufty and Averillo can showcase their attacking prowess out wide. 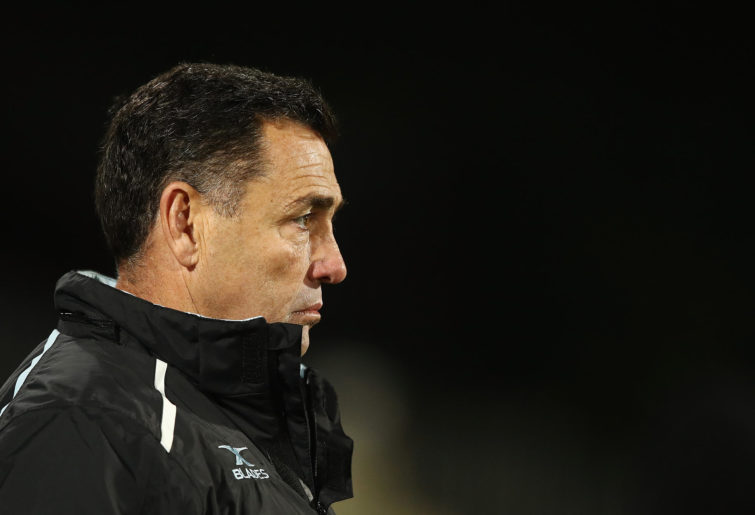 But Flanagan cannot be conservative. The main problem with his game the past couple of seasons has been a lack of creativity, particularly on the last play on attack in good-ball opportunities.

Unlike last year when he was surrounded by players who struggled to break the defensive line, Flanagan can now spin the ball wide or try a tactical kick with the knowledge that there’s a better chance it will lead to points.

He’s under contract until the end of next year and, in theory, he’s got plenty of time left in his career to establish himself as an elite playmaker. He’s only 23 and has played just 42 NRL games over pretty much three seasons although it feels like he’s been around for a lot longer.

But in reality, time is running out quickly for Flanagan to prove he can overcome dual pressures of being the Next Big Thing and having The Famous Surname.