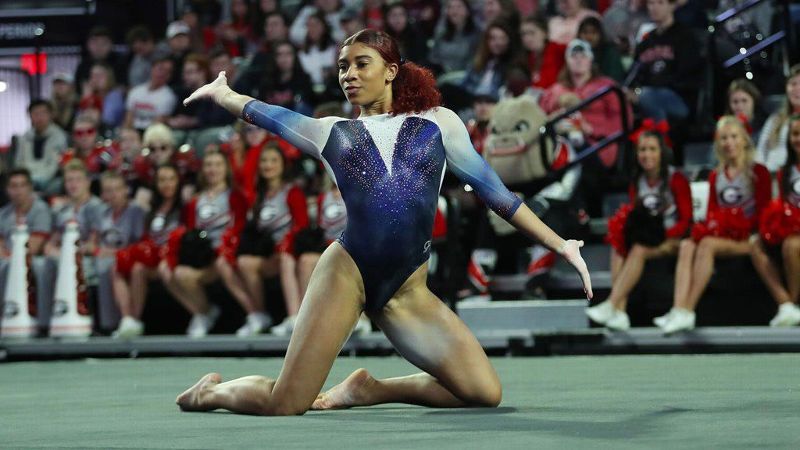 This was the 155th meeting between the two programs, as the Gym Dawgs are UF’s most frequent opponent. This is Florida’s third consecutive dual meet win in Athens (2022, 2020, 2018).

A Gator won all but floor exercise tonight. Florida was led on its opening event by near-perfect uneven bars marks of 9.975 by Trinity Thomas and Leanne Wong. Megan Skaggs completed the Gator sweep with her 9.90.

Nya Reed was close to her near-perfect vault mark set in Sunday’s win over Alabama. Tonight, she claimed the vault title at 9.95.

The Gators closed on balance beam. In her first balance beam performance of 2022, Thomas took the event win at 9.95. Skaggs was runner-up with her lead-off mark of 9.875.

Both will be evaluated by team doctors when the team returns to Gainesville.

“First road trip at Georgia is a challenge as it’s always a really tough environment. This team handled it with a lot of grace, a lot of poise and a lot of fight tonight to come out with a win. We will just continue to take it one step at a time.” – Florida Head Coach Jenny Rowland

Florida – Florida is No. 3 in the Road to Nationals Rankings

A Florida fan favorite is next as the 16th Annual Gators Link to Pink is Friday in the Exactech Arena at the Stephen C. O’Connell Center.