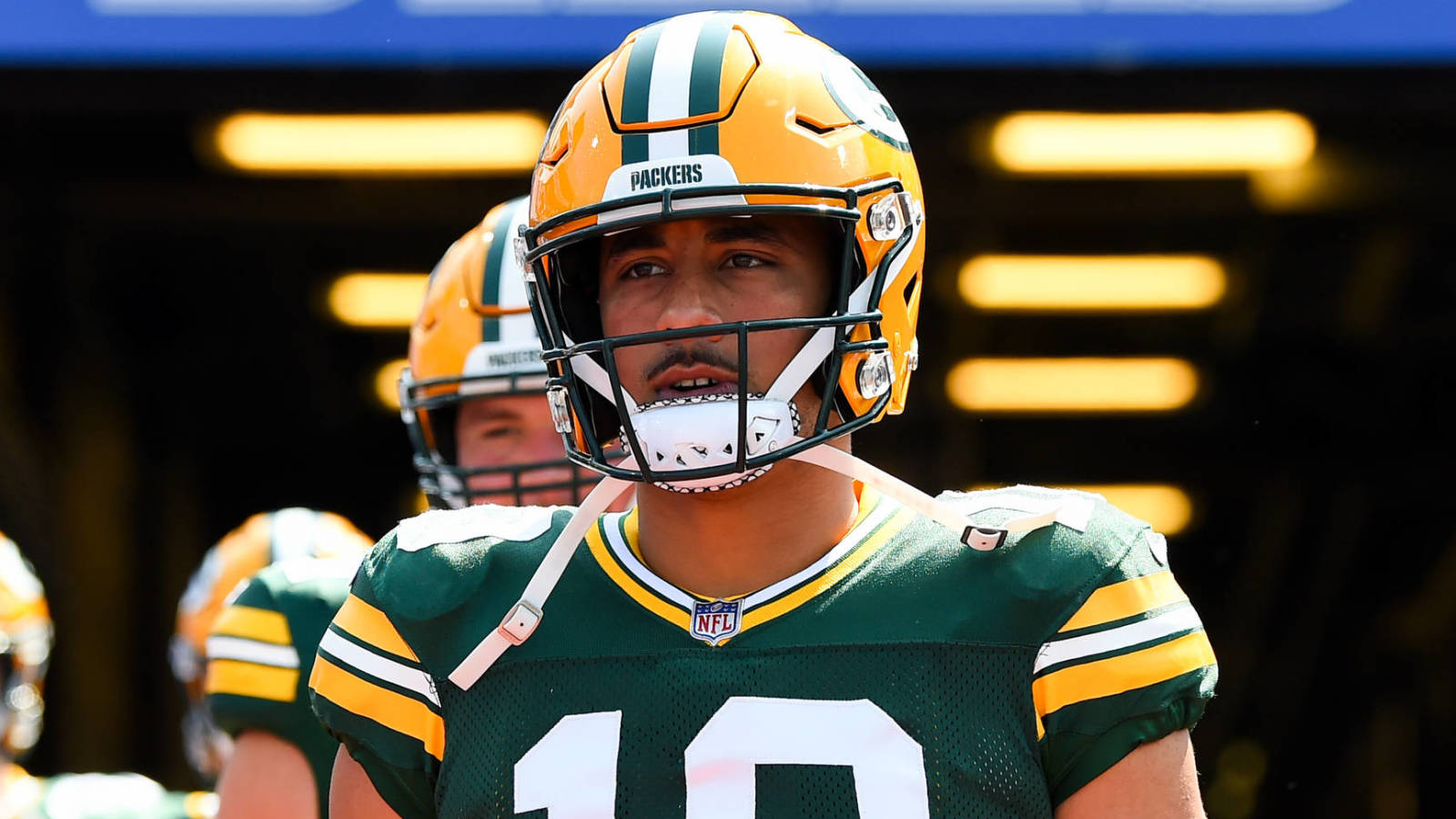 Finley has candidly expressed his feelings following the Packers’ 38-3 Week 1 loss to Jameis Winston and the New Orleans Saints, saying reigning MVP Aaron Rodgers looked like he had lost his “hunger.”

In a recent interview with TMZ Sports, Finley said that if Rogers continues to struggle, the Packers should be ready to switch to Love by Week 4.

Finley’s take is definitely interesting, especially because Rodgers is coming off arguably the best season of his career. However, Finley says the way the veteran quarterback played against the Saints has him very concerned.

Finley added he’s willing to give Rodgers the first quarter of the season to show if he can still play at a high level. However, he made it clear the Packers should start Love if things don’t look better in the coming weeks.

“You’ve got one of the highest-paid backup quarterbacks sitting right behind Aaron Rodgers, so you might as well utilize him and get him going for the future,” Finley said.

The Packers selected Love 26th overall in the 2020 draft and he hasn’t started a single NFL game. However, he made an appearance against the Saints, completing 5-of-7 passes for 68 yards. He was also sacked once and lost a fumble.

While Green Bay probably won’t turn to Love this season, he could very well be the team’s starter in 2022. Rodgers is treating the 2021 campaign as his “Last Dance” with the Packers and he could be traded in the near future.

The veteran opened up about his tumultuous offseason in a recent interview with Erin Andrews of Fox Sports, telling her he did consider playing elsewhere this season and “100%” considered retiring.

The Denver Broncos are interested in trading for Rodgers and could make a “substantial offer” for him after the 2021 season, according to NFL Network’s Ian Rapoport.