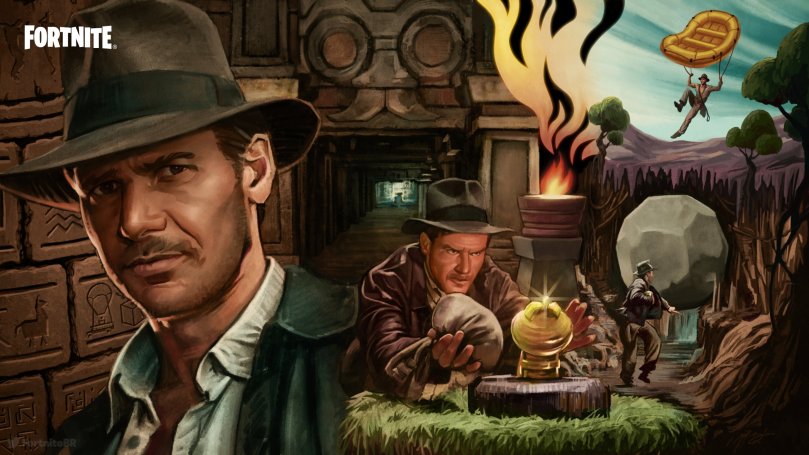 Epic Games has released several characters for Fortnite. It includes people from the popular culture industry, musical artists, comic characters, as well as sports personalities. While some are extremely popular among gamers, others have failed to live up to the expectations. Chapter 3 Season 3 introduced the Darth Vader NPC on the island. Certainly, its addition was quite influential, and it enjoyed the limelight. However, loopers have been eagerly waiting for the Fortnite x Indiana Jones event to happen. The entire community has been waiting for a long time for the adventurer to arrive. As per recent leaks, they only need to wait for a few more days until Epic Games adds the character to the island. For more information regarding Fortnite collaboration, follow InsideSport.IN.

The Battle Pass of Fortnite Chapter 3 Season 3 revealed the Indiana Jones section. Ever since its release on June 5, gamers have been hyped up about his arrival to the island. The character is just days away from being added to the game. However, whether the skin will be a success or fail drastically, will be revealed once loopers get the opportunity to try it out.

Also Read- Fortnite Chapter 3 Season 3: Theory indicates that the v21.20 update will most likely be delayed

The Fortnite x Indiana Jones will go live on July 7. It is to be noted that the skin is not a part of the Battle Pass. Gamers will need to complete certain challenges to get the rewards. As of now, the challenges have not been uncovered yet. However, gamers can expect them to be a bit lengthy, if not difficult.

Indiana Jones will be available in 4 days! #Fortnite pic.twitter.com/KfIa5lmECo

Only page 1 of the Fortnite x Indiana Jones rewards has been unlocked as of now. Page 2 of the rewards is yet to be unlocked. It will be revealed once the event goes live on July 7.

The list of items that are available on page 1 of the Fortnite x Indiana Jones collaboration is listed below:

Keep your eyes on the temple between Rocky Reels and The Joneses.

It may be making some significant changes on July 5, and we wanted to give our competitive community a heads-up to prepare. 👀 🪨 🗺

The area between Rocky Reels and the Joneses is expected to undergo changes soon. There is a temple at the location which will be changed following the v21.20 update. It could be that the map changes are being implemented to accommodate Indiana Jones on the island. Gamers will recall that the character has a movie called Indiana Jones and The Temple of Doom. It could be that Epic Games is making the changes to fit the theme in Chapter 3 Season 3.