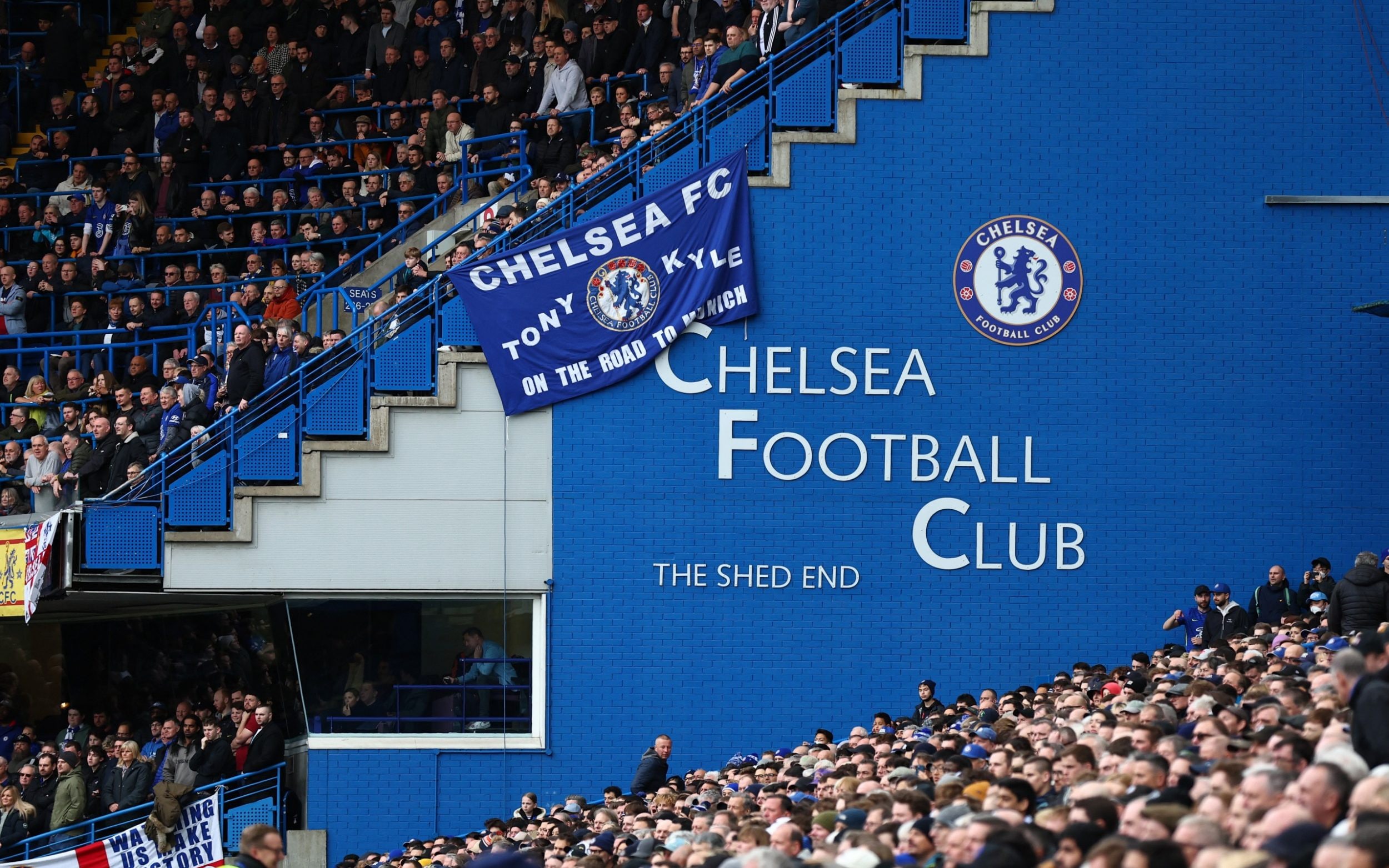 The sale of Chelsea has come down to a four-way battle after Boston Celtics owner Stephen Pagliuca was a surprise addition to the shortlist.

While Todd Boehly’s group and the consortium funded by Crystal Palace shareholders Josh Harris and David Blitzer, and fronted by Sir Martin Broughton, remain the front-runners after being the first to be shortlisted, Raine, the bank in charge of the sale, progressed two more consortiums to the final stage.

Despite a fan backlash, which was endorsed by Chelsea’s Supporters’ Trust, over racist emails from Joe Ricketts and comments made by other members of the family, the Ricketts were informed on Friday evening that they had progressed to the final stage.

That sparked immediate outrage among Chelsea fans part of the #notoRicketts campaign who had called for the family to be eliminated from the process.

And Pagliuca became the shock fourth name on the shortlist. He also owns a 55 per cent stake in Atalanta, which could prove problematic given the Italian team have played in the Champions League, and has the backing of his investment firm Bain Capital, which claims to have £117billion in assets under management.

A preferred buyer will be decided upon over the course of the next fortnight with the intention of a sale going through, following Government and Premier League checks, by the end of April.

Whichever group buys Chelsea are expected to pay in the region of £2.5bn, the vast majority of which will be donated to good causes, with the Government insisting nothing must go to Roman Abramovich following his sanctions.

The process of deciding upon and communicating the shortlist has provoked private criticism from a number of the bidders, who expected the process to be conducted faster and cleaner.

Raine informed a number of bidders they had been unsuccessful long before communicating that others had made it through to the shortlist, which created rumour and counter-rumour on Thursday night and Friday. The shortlisted groups were told they would receive further communication inside 24 hours over the process for the final stage.

Some of those eliminated were upset that a bid that included two shareholders of another club, Harris and Blitzer, and could not currently pass the Premier League owners’ and directors’ test was advanced. There was also surprise at Pagliuca’s inclusion, given he would have to dilute his share in Atalanta, which he only bought in February.

There was confusion over the claims of Nick Candy that he had been advised to talk to other groups after his own Blue Football Consortium bid, which was almost fully funded by Catalina Kim’s Korean investors, had been rejected.

Kim released a statement that said: “We, the group of C&P Sports, Hana Financial and other strategic investors from South Korea, were suggested to join another consortium. We thank Mr Nick Candy for our journey and wish him the best of luck for his future.”

The Boehly-led group are considered the favourites, while the Ricketts family, despite being shortlisted, are rated as outsiders after failing to convince the Supporters Trust in a meeting in London this week that they could present an “inclusive” ownership.

In a statement, the Trust said: “It is essential that the new owners of the club has the confidence of the supporter base and demonstrate an understanding of the values that we stand for. That is why the strength of feeling towards the Ricketts family bid from Chelsea supporters cannot and must not be ignored.

“The CST are grateful to the Ricketts family for meeting with us this week. We challenged them on all of the points supporters have raised concerns about. However, our concerns about their ability to run an inclusive, successful club on behalf of our diverse supporter base around the world have not yet been allayed.

“It is for the Ricketts family to demonstrate how they will address supporter concerns – especially with regard to inclusivity, given both past and recent statements by members of the family, and they have not yet done that.

Tom Ricketts, who met the Trust and the Chelsea Pitch Owners before flying back to Chicago, responded with a statement of his own that said: “My family and I are very grateful to all the fans and supporters’ groups who took time to meet with us this week and share their passion and concerns for Chelsea Football Club. It’s clear you have nothing but the best interests of the club at heart.

“We have listened to all of your feedback – including from the Chelsea Supporters’ Trust – and are grateful that the door is still open for us to demonstrate our commitment to working with fans to protect the club’s heritage.

“It is now up to us to redouble our efforts and clearly lay out a vision for our stewardship of the club with diversity and inclusion at its heart.”