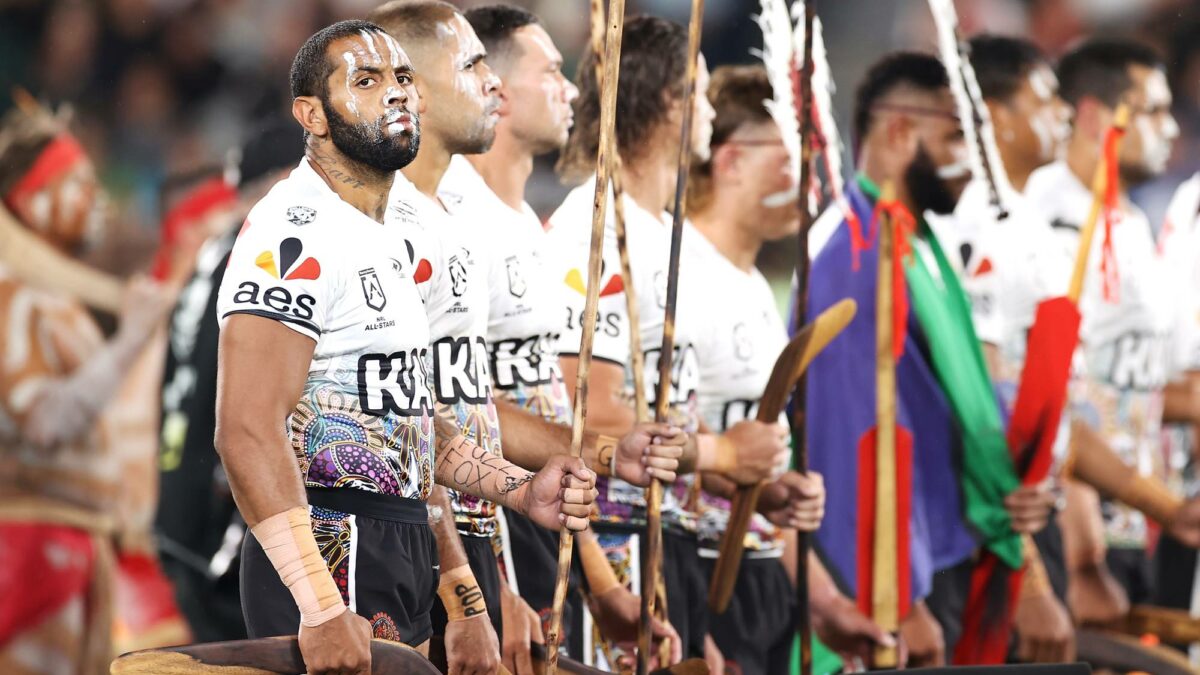 The traditional pre-season All-Stars clash is set to be taken to new heights with the biggest array of stars yet named for the Men’s and Women’s Indigenous and Māori squads.

The game, set to be hosted by the Māori All-Stars for the first time, will see Joseph Manu, James Fisher-Harris, Jared Waera-Hargreaves and Joseph Tapine all feature in Rotorua on Saturday 11 February, with a strong Indigenous team including Latrell Mitchell, Josh-Addo Carr and reigning Dally M Medallist Nicho Hynes due to travel.

This is the first year that Latrell, Fox and Nicho Hynes have been able to feature together for the Indigenous teams, where they will be joined by Jack Wighton, Selwyn Cobbo and Cody Walker, who is also an assistant coach alongside NRLW Premiership winner Ronald Griffiths.

Young guns Ezra Mam and Tyrell Sloan are rewarded with jerseys, as are Bailey Butler (CQ Capras) and Kierran Moseley (Norths Devils) from the Queensland Cup.

It presents an intriguing battle, with the Indigenous backline filled with rep talent and the Māori team able to field what is essentially the Kiwis starting pack. Nelson Asofa-Solomona is also named, alongside Jordan Rapana, Briton Nikora and Dallin Watene-Zelezniak from the 2021 World Cup squad.

The Women’s event is just as star-studded, with world champion Jillaroos featuring on both sides: Keilee Joseph, Shaylee Bent and Jaime Chapman lead the Indigenous squad to face a side with Olivia Kernick and Kennedy Cherrington, who repped Australia at the World Cup but will play All-Stars for their Māori heritage, along with Kiwi Ferns stars Zahara Temara, Mya Hill-Moana and Destiny Brill.

Brooke Anderson and Gayle Broughton are called up to the Māori squad: both had previously represented the Black Ferns at rugby sevens, including a gold medal for Broughton at the 2020 Tokyo Olympics.

The Indigenous side will feature Jada Taylor, scorer of a stunning try in Women’s under 19’s Origin in 2022, and a host of NRLW Premiers from Newcastle, including Blues five eighth Kirra Dibb, centre Bobbi Law and breakout star Caitlan Johnston.