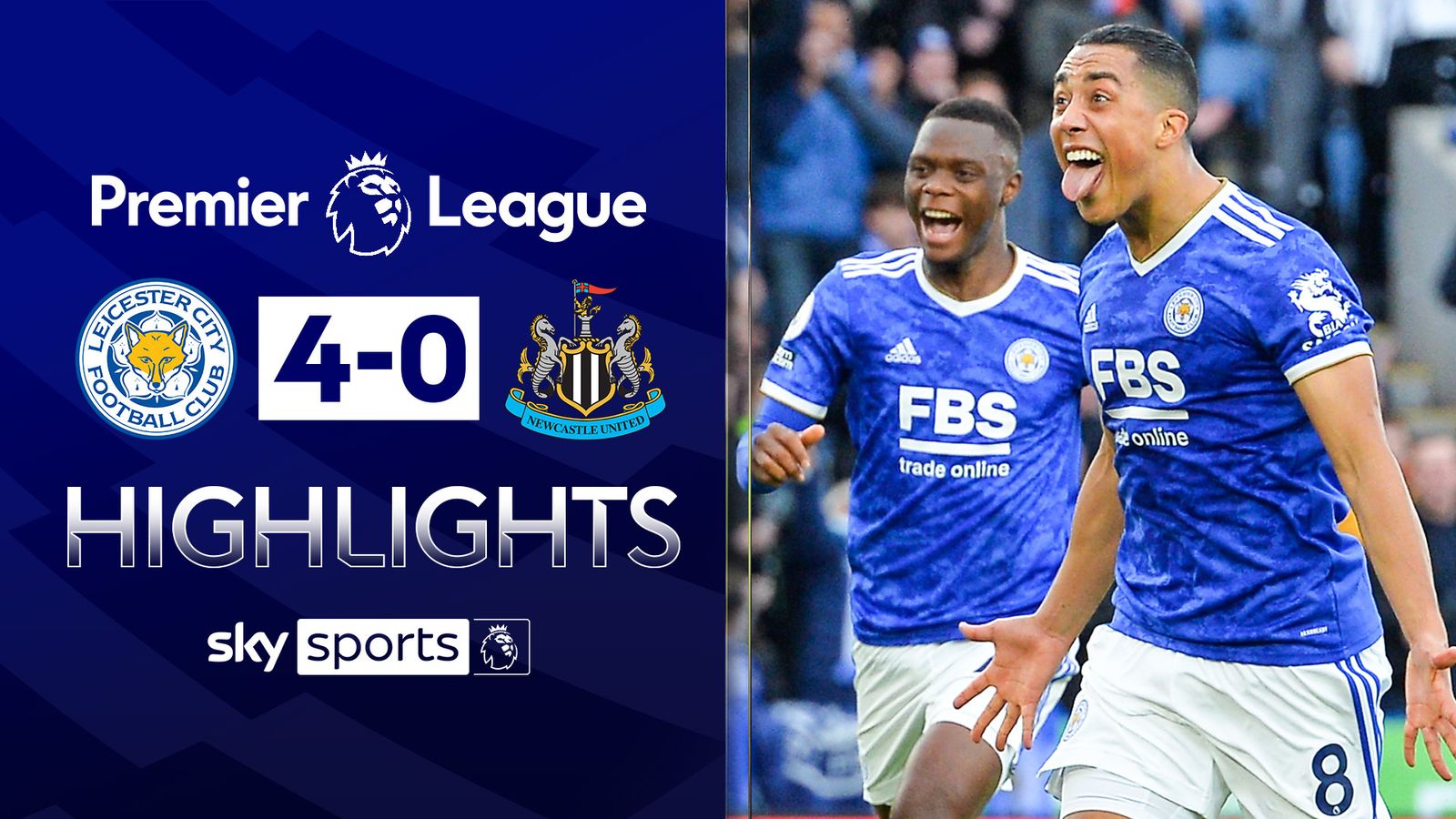 Leicester ended a difficult week with a much-needed 4-0 Premier League win over Newcastle, who now must navigate a nightmare run of fixtures in December.

With Jamie Vardy benched and Jonny Evans forced off with a hamstring injury inside a few minutes, it was looking like another tricky afternoon for Leicester, who endured a Covid outbreak in midweek followed by their Europa League exit in Naples.

But Youri Tielemans’ controversial penalty (38) gave them the lead after James Maddison was adjudged to have been tripped by Jamaal Lascelles. It was soft, but there was nothing contentious about Leicester’s second goal as Patson Daka tapped into an empty net to off a fine team move started by a sublime Maddison flick (57).

Newcastle’s back line got higher and Leicester capitalised; Tielemans got a second, finishing off from an unselfish Maddison pass (81), before Maddison himself got in on the act, slotting past Martin Dubravka following a one-two with Daka (85).

It was Leicester’s first Premier League clean sheet since the opening day win over Wolves, moving them up to eighth, while Newcastle stay 19th, three points from safety with the small matter of Liverpool (A), Man City (H) and Man Utd (H) up next.

Man of the match: James Maddison

How Leicester brought Newcastle back down to earth

After a brutal week for Leicester involving a Covid-19 outbreak and their Europa League exit at Napoli, things looked to be getting worse in the opening minutes when Jonny Evans was taken off with a hamstring injury.

Leicester boss Brendan Rodgers said after the game: “[It’s] Not good. We think it’s his hamstring. We’ll get more on that tomorrow. Such a shame because he’s a top player.”

Newcastle started brightly as Fabian Schar’s shot at a rebound had to be superbly blocked by Luke Thomas, but Leicester eventually settled and found rhythm.

Maddison hit the roof of the net from a free-kick, then saw his dangerous set-piece headed goalwards by Wilfred Ndidi, forcing a good stop from Martin Dubravka.

Leicester did take the lead, albeit in controversial fashion. After several soft penalty decisions on Saturday, the effectiveness of VAR was being debated again as Maddison tripped over Lascelles’ legs.

Newcastle had chances to break, but the final pass or touch was missing, with their first shot on target not coming until the 55th minute.

And their lack of bite was punished by a piece of brilliance from Maddison, flicking the ball in-behind for the onside Harvey Barnes to rush through on goal, and he unselfishly squared for Daka to tap into the empty net instead of going for goal himself.

Newcastle still had chances to halve the deficit – Ndidi blocked superbly from Shelvey, before Timothy Castagne’s wild backpass had to be cleared off the line by his goalkeeper Kasper Schmeichel – and Leicester were far more clinical at the other end.

They made it 3-0 as Luke Thomas won the ball high up the pitch, feeding Daka down the left flank, and his square ball for Maddison was laid on a plate by the Englishman for Tielemans. He did the rest, finding the top left corner, but had Maddison to thank for more unselfish play.

Leicester turned on the style to make it four, and Maddison got the goal his man-of-the-match performance warranted. Joelinton lost out near his own box, allowing Maddison to take over, play a nice one-two with Daka, and slot past Dubvraka with his left foot.

The win, performance and clean sheet was the perfect tonic for Leicester, who have a tricky run of fixtures themselves against Tottenham (H), Everton (A), Liverpool (A – EFL Cup), Man City (A) and Liverpool again (H), while Newcastle were brought back to reality following their first win of the season.

Newcastle United suffered their biggest Premier League defeat since losing 5-0 to Manchester City at the Etihad Stadium in July 2020.
Newcastle have conceded 34 Premier League goals this season, more than any other side, with this their highest tally of goals conceded after their first 16 matches of any league campaign since 1977-78 (also 34), when they went on to be relegated from the top-flight.
Newcastle United have conceded more goals from the penalty spot (5) than any other team in the Premier League this season, conceding more after 16 games in 2021-22 than in the whole of last season in the competition (4).

Leicester boss Brendan Rodgers: “Very pleased. Obviously with Jonny Evans going out early… When you see the young team and the experience they are gaining. To keep a clean sheet against very dangerous players, I am very pleased.

“That’s very important and is typified in this team. The spirit and the team is great and they are unselfish. The first goal is brilliant in terms of our pressing that leads to the penalty. The others are really good team goals. Once we got our second goal the players got confidence and played to a good level.

“We have an unbelievable striker in Jamie Vardy but he is human so we have to look after him. Patson Daka is very important for us. He is a great goalscorer and he showed that. Youri Tielemans’ all round game… To come back, play Thursday and today showed his quality. He was very impressive.

“When you come off the back of a disappointing result during the week, it’s been a huge challenge. But we’ve always tried to develop a culture which supports players and gives others an opportunity. We discovered that mobility. I’m delighted for the players to get a clean sheet and score four goals.”

Newcastle boss Eddie Howe: “It was a strange game because I thought we were OK for large parts. We were ok in the first half and were a threat at times. We conceded a goal with the penalty – which was debatable whether it was. The scoreline looks like a heavy defeat but I didn’t think it felt like that at all.

“It wasn’t ideal for our situation. The manner of [the penalty] as well is one that the referee gives at the time and it’s no way it will be overturned. It’s harsh for us. The scoreline is not reflective. Statistics show us that and my gut feeling tells me that but we have to regroup very quickly.

“Every game is an opportunity. We’re hugely frustrated by some of our moments in the game. If we’d have shown more composure in the attacking third we could have made more of the moments. We just let the game slip away from us.”