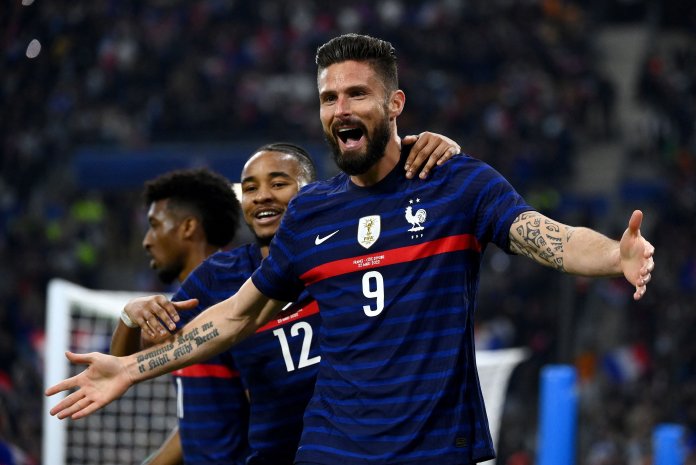 France vs Ivory Coast LIVE: International Friendlies live streaming – The World Champions welcome Ivory Coast in an International Friendly game in Marseille at the Orange Vélodrome Stadium. France will be looking to make it 6 out of 6 victories having won their last 5 games impressively. The visitors lost to Egypt in the Africa Cup of Nations Round of 16 on penalties and will look to freshen things up ahead of the friendly. Stay updated with the latest team news, injuries/suspensions, live streaming details and more. Follow InsideSport.IN for the latest sports news and updates.

The 2️⃣3️⃣-man squad to face the Côte d’Ivoire 🇨🇮 and South Africa 🇿🇦 in Marseille and Lille.

Benjamin Pavard has been forced to withdraw from the France squad after testing positive for coronavirus, while N’Golo Kante is a doubt, having recently left the camp due to personal reasons.

Lucas Digne is also a doubt through injury, so Theo Hernandez could play at left-back, while Jules Kounde might feature as the right-back for the world champions here.

Jonathan Clauss, William Saliba and Christopher Nkunku will be hoping to earn their first caps on Friday, while Olivier Giroud is back in the squad, and the 35-year-old could benefit from Karim Benzema‘s injury-related absence to feature alongside Kylian Mbappe and Antoine Griezmann in attack.

Adrien Rabiot and Aurelien Tchouameni, meanwhile, are in line for midfield spots alongside Paul Pogba, with a decision on Kante’s involvement not expected to come until the final moment.

Serge Aurier, Eric Bailly, Pepe, Kessie and Haller should all start, while Max Gradel, who is comfortably the most experienced member of the squad at this level, is also likely to feature in the starting XI.

There are not expected to be many surprises in the away side’s lineup here, with Jean Michael Seri set to feature alongside Ibrahim Sangare in the middle of the park. Zaha is likely to start on the bench, though, with Pepe, Kessie and Gradel set to support Haller, who has found the back of the net on four occasions in 12 appearances for his country.

Mohamed Kone, Ismael Diallo and Paul Akouokou, meanwhile, will all be hoping to make their international debuts for Ivory Coast over the next two matches.

France vs Ivory Coast LIVE: When and where to watch International Friendlies live streaming?

When will France vs Ivory Coast kick-off? Date

The match between France vs Ivory Coast will kick-off on 26th March, 2022

What time will France vs Ivory Coast kick-off? Time

France vs Ivory Coast will kick-off at 1:45 AM

Where will France vs Ivory Coast be played? Venue