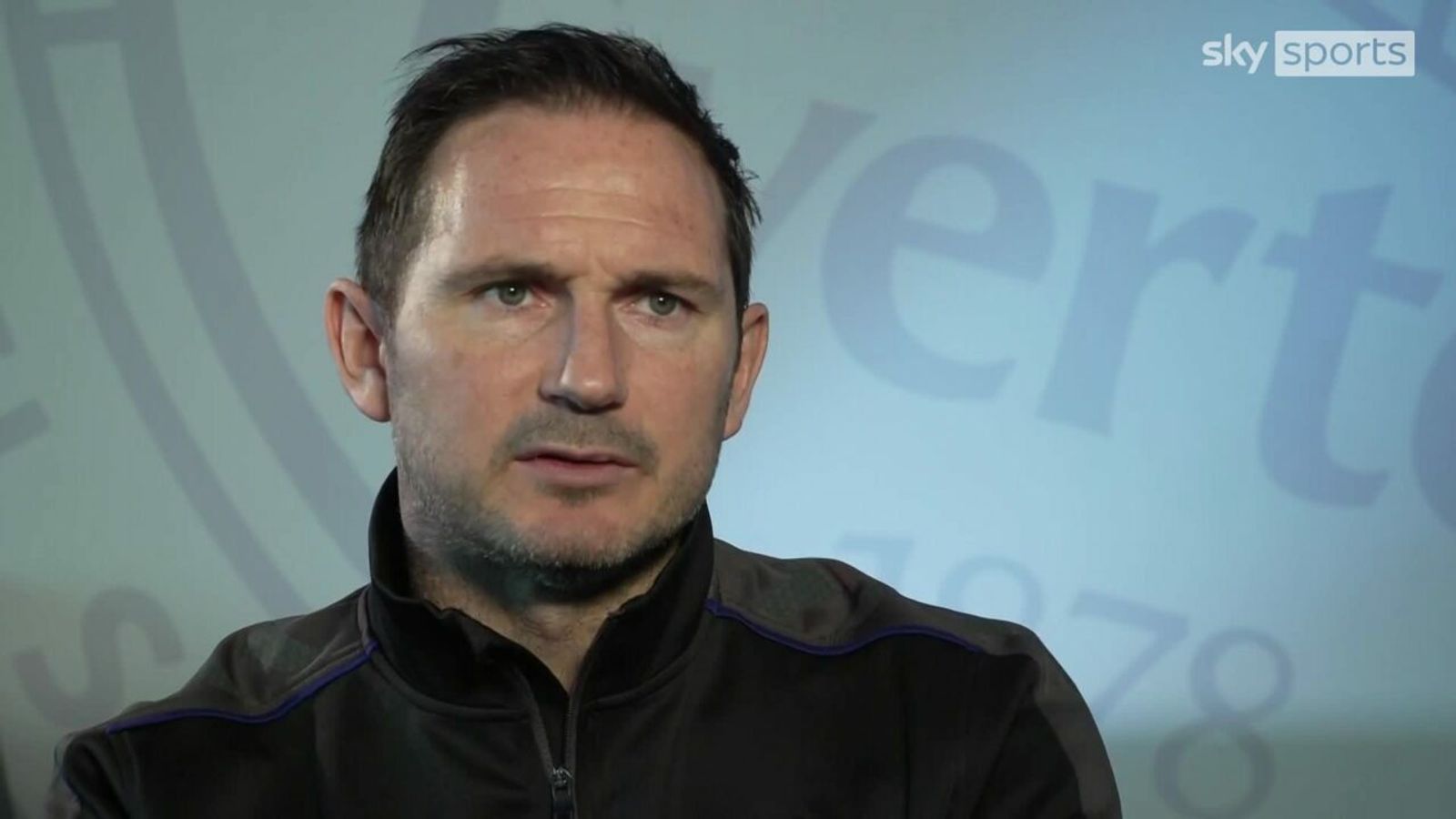 Frank Lampard says there is no escaping the importance of Wednesday’s trip to relegation rivals Burnley, live on Sky Sports, as the pressure ramps up on Everton.

Nineteenth-placed Burnley can move to within a point of Everton with a win at Turf Moor, ahead of a visit to the Premier League’s basement club Norwich on Sunday, also live on Sky Sports.

Lampard, who has managed just two wins in eight league matches as Everton boss, refused to play down the significance of Wednesday’s match, as his side fight to avoid the club’s first relegation since 1951.

Asked if he agreed with fans suggesting this is Everton’s biggest game for 10 years, Lampard told Sky Sports News: “I think we’ve got 10 of those, so understandably they can say that. No problem.

“I don’t think building the game up is a problem, it’s more of a reality.

“Us as a staff and as players have to have a bit of that in our mindset. There’s nothing wrong with that, we understand the situation we are in, will approach it in the right way and understand the importance of it.”

Speaking at an earlier news conference, Lampard added: “It’s very important [to be mentally ready] because it’s a big deal. We are fighting at the bottom end of the table to try and stay in the league.

“That’s been the case for a while, but with every game, it gets more intense. The squad will be very focused and very understanding of what we are going into.”

Lampard’s advice on winning away
Everton have the worst away record in the Premier League, having amassed just six points since the start of the season, making their task that much harder on Wednesday night.

Lampard has so far failed to buck that trend since replacing Rafa Benitez at the end of January, with the Toffees losing all five of his games in charge away from Goodison Park, scoring just twice in that period.

But the former Chelsea and Derby boss had some advice for his players about how to change their fortunes on the road ahead of the trip to Burnley.

“React to that as you would at Goodison, react to the hostile crowd as much as you would to the one that backs you,” said Lampard. “Sometimes that can be just as good a feeling.

“We will also have our travelling fans, supporting us with a huge passion and desire to see us get the right result. So that shouldn’t be a problem.”

‘It’s not rocket science’ – Dyche on Burnley’s goalscoring troubles
Burnley manager Sean Dyche is urging his players to put their goalscoring woes behind them for the crucial visit of Everton on Wednesday.

The Clarets have gone more than 400 minutes without scoring in the Premier League – that was an own goal by Crystal Palace midfielder Luka Milivojevic in February’s 1-1 draw at Selhurst Park.

Asked if he could demand any more from his forward players, Dyche said: “Yes – kick it in the net. It’s not rocket science.”

Dyche, though, admits that coaching “the moment of execution” in front of goal is “the toughest bit” as a manager.

“You’re getting the players in the right areas, doing the right things to allow the team the chance to score goals, and then the final moment is the challenge and that’s where we want our players to stand up and take responsibility, as they have done many times,” he said.

“We ask a lot of our players, so it’s not just about Wout, (Weghorst) J-Rod (Jay Rodriguez) and Barnsey (Ashley Barnes) and these people, it’s about all of the team responding to score a goal.”