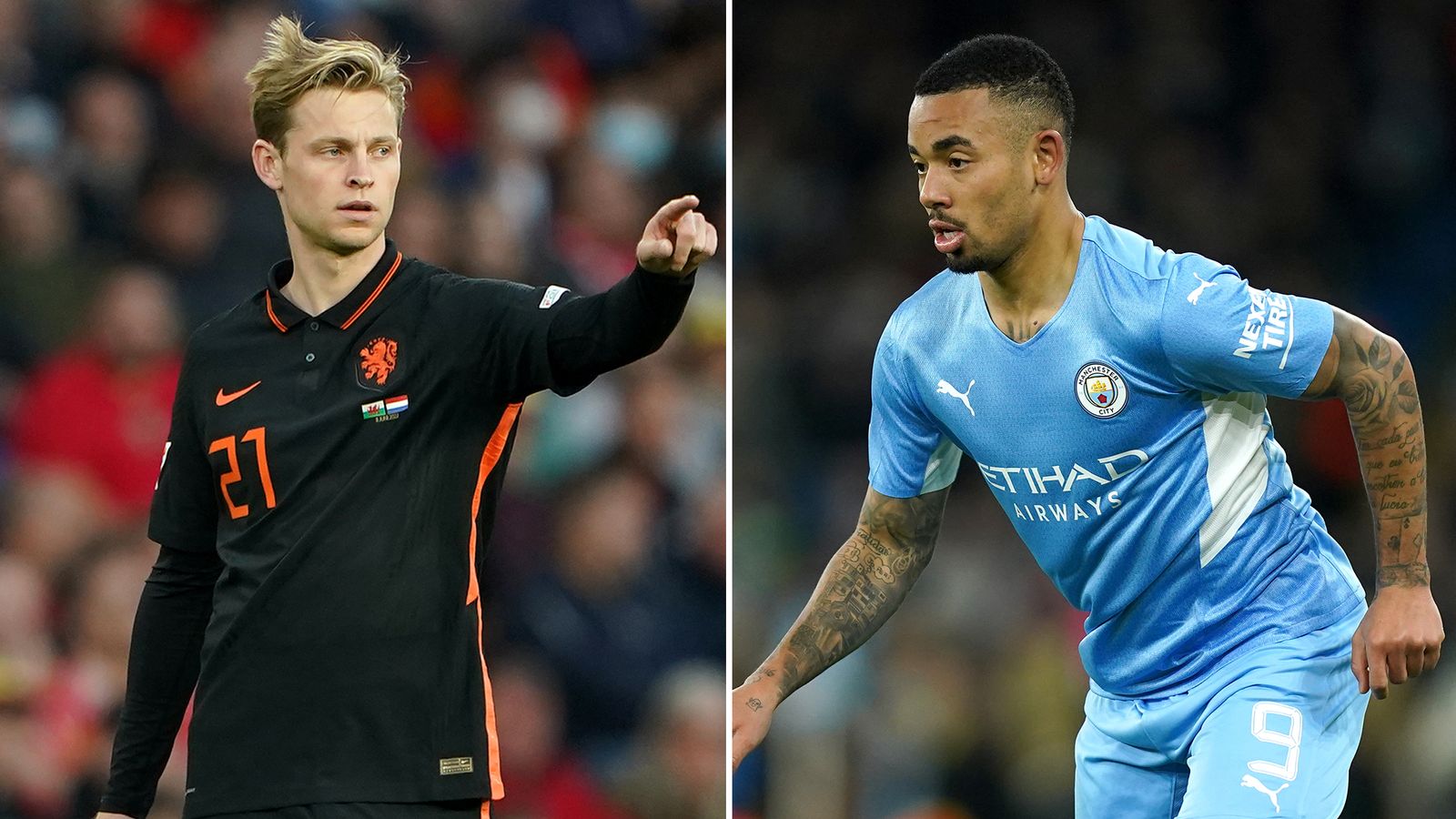 Manchester United are close to agreeing a deal with Barcelona for midfielder Frenkie de Jong.

Sky Sports News has been told the clubs have a “broad agreement” on the fee – believed to be €65m (£56m) plus performance-related add-ons.

Discussions continue over the finer details of the deal and there is still work to do but there appears an increased confidence a deal can be struck.

Personal terms are not expected to be a problem.

De Jong played under new United boss Erik ten Hag at Ajax and was part of the squad that completed the Eredivisie and KNVB Cup double during the 2018/19 campaign, as well as reaching the Champions League semi-finals.

Reports earlier this month suggested signing the 25-year-old was Ten Hag’s priority in this summer’s transfer window, though progress on the deal was slow.

His potential arrival at Old Trafford is timely, with Juan Mata, Nemanja Matic and Paul Pogba having departed already this summer, leaving the club short of options in the middle of the park.

The stylish midfielder does his best work from deep, stepping past challenges or threading a pass through the lines to move his team up the pitch.

He rarely gives the ball away. He had a 91 per cent passing rate in La Liga last season and, as well as that metric, also eclipsed McTominay and Fred in stats measuring dribble success, touch quality and how often they are dispossessed.

De Jong may not be the sole answer to United’s problems but he would bring an upgrade to their central midfield department and unlock a way of playing Ten Hag desires.

Reports in Holland suggest an agreement has already been reached with Feyenoord for Malacia, with United not distancing themselves from strong interest in the Netherlands international.

What should Manchester United do this summer?
Sky Sports’ Jack Wilkinson:

“Where do you start?

“Restoring Manchester United back to the lofty heights of yesteryear is a task too great to be completed in a single season, but the fanbase are well within their rights to demand progress towards that ultimate target.

“The opportunities for newly-appointed manager Erik ten Hag and CEO Richard Arnold to deliver just that are myriad.

“United can hardly be accused of failing to invest on the pitch having weighed out more than £1billion on transfers in the past decade, but United rank among Europe’s worst in terms of value for every pound spent.

“In their first season together, Ten Hag and Arnold must seize the opportunity to devise a new transfer strategy, execute it successfully, and take the first steps towards re-establishing the famed partnership which underpinned Sir Alex Ferguson and David Gill’s spell together.

“Players brought to the club must understand the privilege of pulling on a Manchester United shirt and, crucially, have the ability to transfer that into performances on the pitch, while those already at the club must be set an ultimatum of demonstrating their understanding.

“Achieve that, and United should be able to prevent the crippling sense of apathy from further engulfing Old Trafford, and the club will have taken its first step back towards the top table of English and European football.”