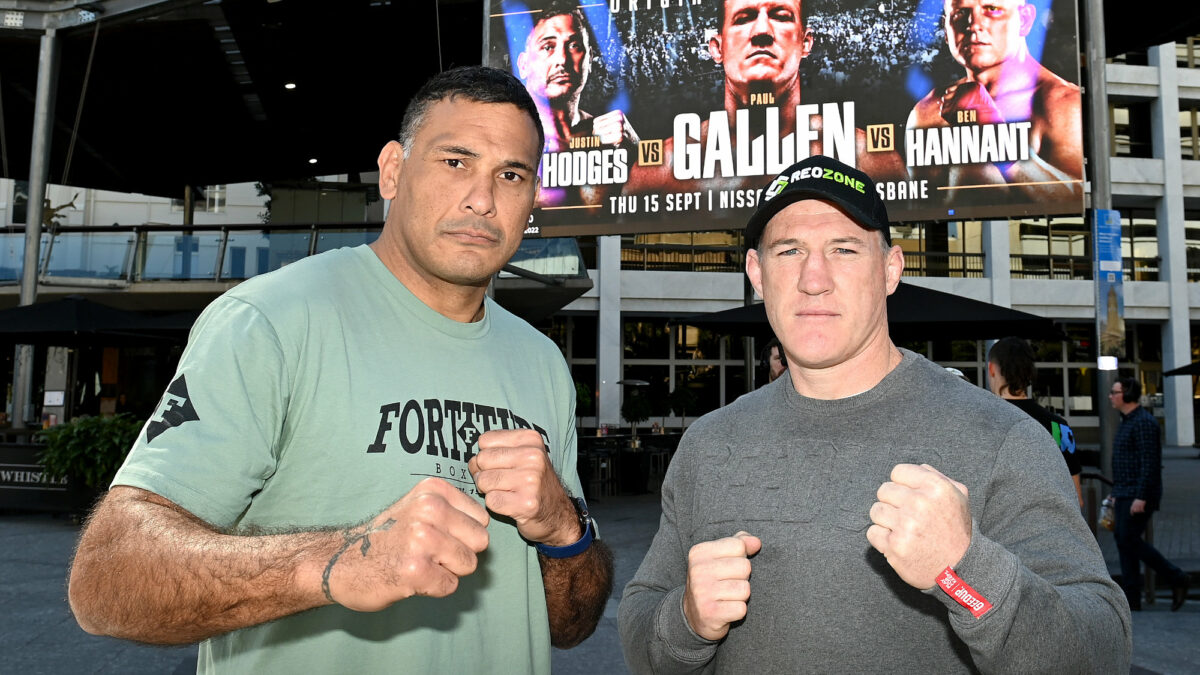 NRL stars turned professional boxers Paul Gallen and Justin Hodges will face off in the ring once more.

Both have declared this to be their last-ever fights and will be looking to end their boxing careers on a high.

With no love lost between the two State of Origin rivals, their mutual hatred carried over into the boxing world when they met back in September. Gallen walked away the victor thanks to a controversial TKO victory, and we all knew their story was not over.

Hodges claimed he was punched while illegally while being pushed over the ropes by Gallen, and many agreed with him including former Australian boxing legend Jeff Fenech.

“He was pushed over the rope and hit. How illegal is it?” asked Fenech during commentary, also stating that had Hodges stayed down, he would have won through disqualification.

Naturally, a war of words ensued, and a rematch was born.

Gallen defended his victory and Hodges launched legal action over the result. The two have also butted heads over the rules of their upcoming fight, including the changes to the length of the rounds.

“Two and a half minutes, first time ever. You’re not a man of your word,” said Gallen during a press conference on Monday.

“I’ve had that many people text me saying, ‘he’s not a real Queenslander, all Queenslanders have is their word’, and he’s gone back on his word.

“He stood in the ring that night and said he would fight six three (minute rounds), he’s gone back it, wanted to fight six twos. Apparently, there was a health concern if he fought three-minute rounds, that’s how much of an embarrassment it is.”

“What about you? You’ve come out and said you’ve got headaches, now you want to get punched in the head more – what an idiot,” said Hodges.

And the heated debate continued.

“I’m going to give him back what he gave me in Brisbane – a couple of cheap shots,” said Hodges.

“I’ve been working pretty hard at some cheap shots, hopefully the ref stays out of it. 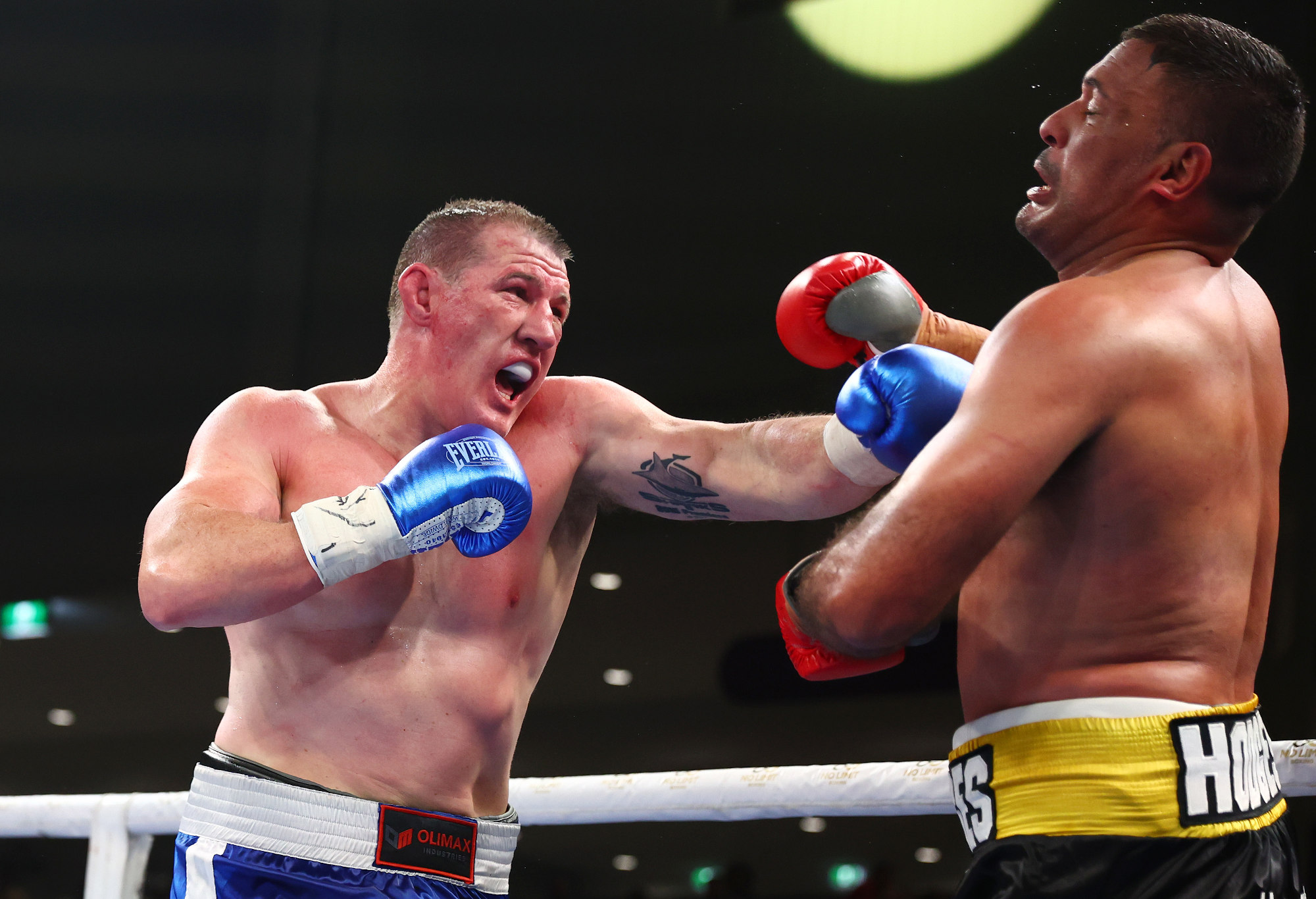 “I have to (do cheap shots), he does. I heard he’s been doing it, so why not. I’ve been learning off some good opponents back home, so why not, if the ref doesn’t break it up.﻿

“I’ve got a lot of power, hopefully I catch him once and he drops. We saw him drop in Brisbane quite easily, so this time I’m going to hit him harder.”

“This time I won’t be apologising,” replied Hodges.

Let’s just see what these two can offer up in the ring on Wednesday night.

What time does the undercard start?

Where is the fight?

How do I watch the fight via live stream and what does it cost?

Apart from being at the venue, the fight is available as a live stream only via pay-per-view on Main Event. You can click here to subscribe to watch the fights on Main Event through Foxtel and Kayo. It costs $A59.95.

Card and order subject to change.