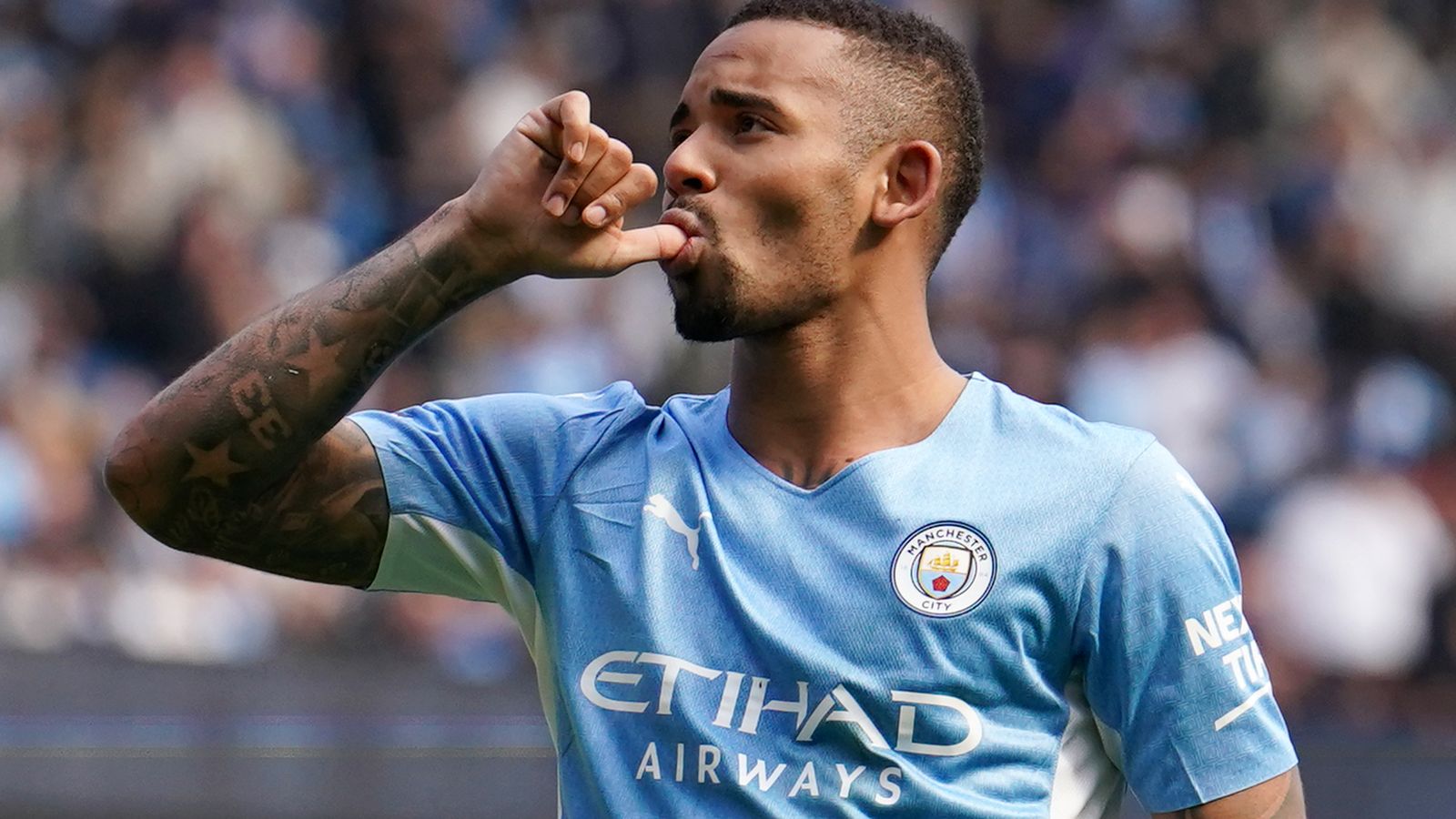 Arsenal are “cautiously optimistic” of getting a deal for Manchester City’s Gabriel Jesus over the line.

The north London club put in nearly six months of work with the forward’s representative Marcello Pettinati to ensure they were in pole position to recruit him from the Premier League champions this summer.

Jesus indicated his desire to move to the Emirates at the start of June and the only hindrance so far has been the distance between the valuations of both clubs.

During initial talks, Arsenal mooted a figure of around £30m given the Brazil international has a year left on his contract, but the asking price is £50m.

City highlighted the player is still just 25, has not reached his ceiling, possesses a proven record in the final third, and works intensely off the ball. Selling to a rival Premier League side also generally carries a premium.

Arsenal are drafting a package closer to City’s expectation and are confident of tying up their priority target even though there is slight anxiety over the amount of interest shown in Jesus, including from Chelsea.

However, his camp feel the City player Thomas Tuchel is keener on is Raheem Sterling.

Jesus wants to reunite with Mikel Arteta, who would regularly offer individual coaching and advice when serving as assistant to Pep Guardiola.

Arsenal’s strength of pursuit, the fact they are desperately in need of an attacker in his mould, and the opportunity for Jesus to assume more responsibility appeals.

Arteta is without a senior striker after the expiry of Alexandre Lacazette’s contract and Pierre-Emerick Aubameyang’s Barcelona exit.

Arsenal have had problems in front of goal over the past two seasons and see Jesus as one solution to the issue. An impending £34m deal for Porto’s highly-rated midfielder Fabio Vieira will assist their chance creation.

Why Arsenal need a striker…

The Gunners’ most pressing need for next season is in attack. When your leading marksman has the same number of goals as bottom-placed Norwich, you know there is a problem.

The issue is not in creating chances, the problem is in taking them. Arsenal ranked fourth for shots, shots on target and expected goals (xG) this season, but ranked 11th for shot conversion.

This disparity places Arteta’s side 15th for xG differential, which measures the difference between goals and xG. A low xG differential suggests you are missing high-quality chances – only Brighton, Leeds and the three relegated teams had a lower xG differential than Arsenal.

The main culprit in this regard is Alexandre Lacazette, who scored just two non-penalty goals from 46 shots and a xG return of 6.84. Only Brentford’s Bryan Mbuemo underperformed his xG by a bigger margin this season.

Analysis: Will Jesus thrive away from Man City?

Jesus was billed as Sergio Aguero’s successor back in 2017 but he will leave the Etihad having never made more than 22 starts for Pep Guardiola’s side in a Premier League campaign. Across the last five seasons, he has played just 51 per cent of City’s available minutes.

Not that his scoring record is anything to sniff at. Jesus has averaged a goal every 160 minutes in the Premier League. Of players to have scored at least 15 times in the competition since then, only six boast a superior strike rate.

That is partly down to a lack of consistent starting opportunities – more than a third of Jesus’s 159 Premier League appearances have come as a substitute – but it is also a question of finishing.

Jesus excels in many ways, from his off-the-ball movement and his versatility to his pressing, but he is not always so reliable when it comes to converting chances.

Indeed, while his scoring record is by no means poor, the underlying data hints at significant shortcomings in front of goal.

Since his City debut five and a half years ago, Jesus has the second-biggest negative differential between actual goals scored and expected goals in the Premier League, behind only Crystal Palace striker Christian Benteke.

Arsenal are close to agreeing a deal to sign Porto midfielder Fabio Vieira for a fee which could be worth £35m including add-ons.

The deal should be complete once he passes a medical and finalises personal terms – with some reports suggesting he will fly into London as early as possible.

The 22 year-old scored six league goals in 15 starts for Porto last season. He has scored 13 goals in 21 appearances for Portugal U21s.

What can Arsenal expect from Vieira?

“He is very highly rated and this can be seen as a really exciting move in the transfer window for Mikel Arteta.

“He’s 22 years old, technically very gifted so he fits in with the Arsenal mould of players. He has great movement, very graceful on the ball, he wants to get on it.

“He plays really as a number eight, he has played out-wide as a winger or as a false nine but playing at the heart of midfield is where he’s at his best.

“He’s been described to me by a Premier League recruitment scout as a lovely footballer, someone great on the eye and would love to have in your side.

“Six goals in 15 starts for Porto this season, 13 goals in 21 games for Portugal U21s – that tells you all you need to know about the type of midfielder he is.”

Arsenal will start their 2022/23 Premier League campaign away at Crystal Palace on August 5, live on Friday Night Football.

Mikel Arteta’s side, who finished fifth in the Premier League last term, will then host Leicester City on August 13 before travelling to newly-promoted Bournemouth on August 20.

The Gunners’ first north London derby will take place at Emirates Stadium on October 1, while the return game at Tottenham Hotspur Stadium is early in the new year on January 14.

Arsenal’s final game before the season pauses for the winter World Cup will be away to Wolves on the weekend of November 12/13. They will then return to action on Boxing Day, entertaining West Ham.

The final day of the Premier League season is on May 28, where Arsenal will close out their campaign at home to Wolves.