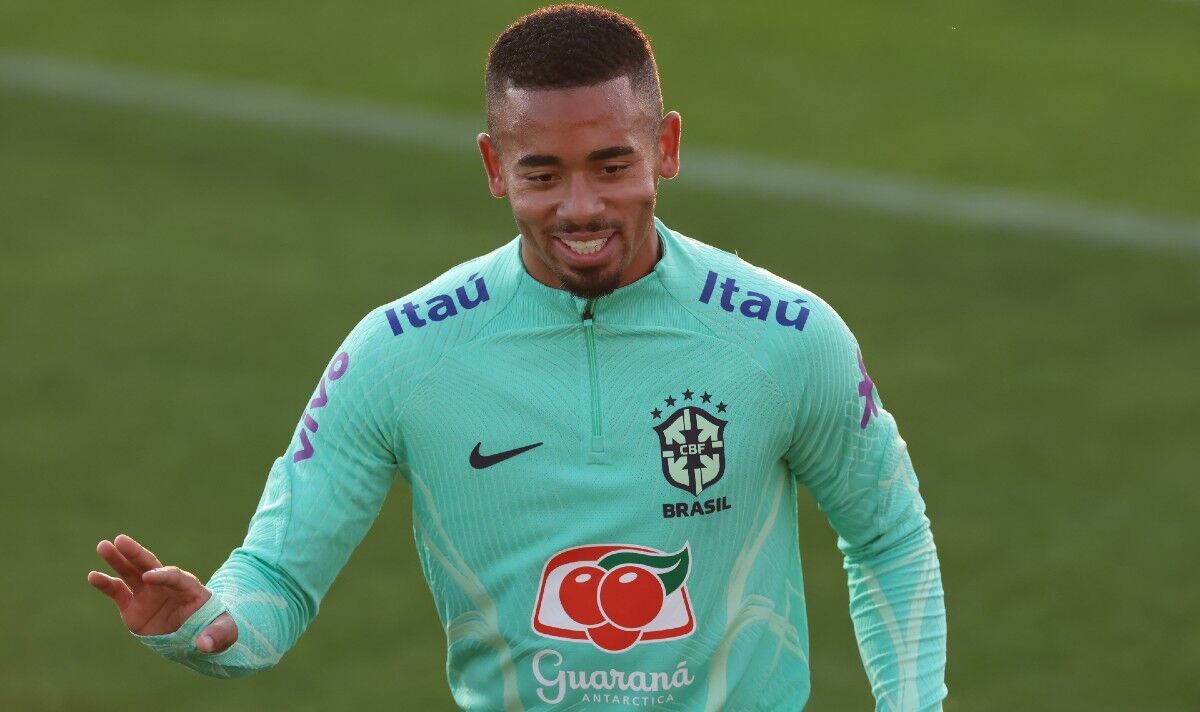 Arsenal signed Gabriel Jesus in the summer, with the Brazilian international since scoring five Premier League goals for the club.

Arsenal hero Ray Parlor believes the presence of Gabriel Jesus will deter the Gunners from considering signing Cristiano Ronaldo in January. The Gunners icon spoke exclusively to Express Sport, where he opened the game about the Manchester United striker. And he doesn’t feel like he’s right for Mikel Arteta’s team, despite everything he’s accomplished in the game.

Ronaldo recently gave an interview to Arsenal superfan Piers Morgan where he spoke about his struggles at Manchester United this season.

The Portuguese international opened up on a range of topics, from Erik ten Hag to the Glazers, Ralf Rangnick to the underwhelming facilities at the club’s Carrington training complex.

Morgan has since made it clear that he would love for Ronaldo to sign for Arsenal – insisting he still has plenty to offer as he enters the twilight of his career.

“I don’t think so,” he said when asked if the United star would be a good signing for Arteta.

“He already said he doesn’t want to be on the bench and that means you’re going to leave Jesus out.

“Jesus has been so good. Sometimes you can have a bit of friction because the team spirit at Arsenal is so good it’s first class.

“Look, if you want to sell a bunch of shirts around the world, you hire Ronaldo for the financial side of it.

“But you don’t want to upset Jesus. They need another striker but I don’t think Ronaldo would be the right choice, sometimes you can mess things up.

“If things are going well, you don’t change.”

In the interview with Morgan, Ronaldo did not hold back.

The United star accused Ten Hag of ‘disrespecting him’, insisting the Dutchman was to blame for his recent tantrum in the club’s 2-0 win over Tottenham.

The veteran also took aim at the Glazers, insisting they “don’t care about sports” while accusing them of only being in the business for the money.

And Ronaldo was also critical of the decision to appoint Ralf Rangnick as Ole Gunnar Solskjaer’s successor when the 49-year-old was relieved of his duties last year.

Parlor feels the Portuguese international, who is currently in Qatar ahead of the World Cup, has crossed the line.

And the Arsenal legend also thinks Ronaldo’s time at United is over and there’s no getting the 37-year-old back at Old Trafford.

“He certainly crossed the line, really,” he said.

“Everyone has seen what he has done throughout his career and he has been an unbelievable player, the best in the world alongside Lionel Messi for the last 10 years.

“But there are certain ways to leave a club.

“And Manchester United, the way he dug into certain managers and direct people, I don’t think you need to do that.

“He did it for a reason. Obviously I don’t think he will play for them again, it will be interesting to see how they move him.

“I think everyone knew about the Glazers, it was easy for him as everyone always says they aren’t doing enough for the club.

“But attacking your coaches is a cheap move. You really didn’t have to do that when you were Ronaldo.”

“Piers Morgan will benefit much more than Ronaldo.”

Ronaldo hopes to start when Portugal face Ghana in the World Cup opener on Thursday (7pm).