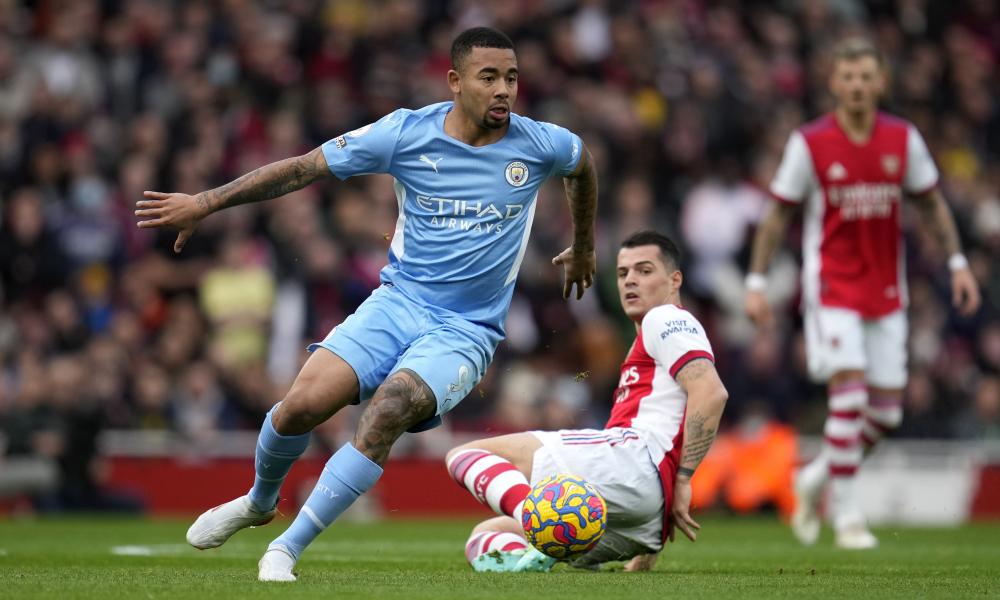 Arsenal have held talks over a summer move for Gabriel Jesus and the Manchester City forward is giving serious consideration to the transfer, his agent has said.

Jesus has another year on his contract at City but refused last month to commit his future to the club and the impending arrival of Erling Haaland from Borussia Dortmund has heightened the likelihood the Brazilian will depart. On Wednesday Marcelo Pettinati spoke about his client’s future.

Related: Haaland is a fantasy player but he or Manchester City will have to change | Barney Ronay

“We had talks with Arsenal about Gabriel Jesus,” the agent said. “We like the project – it’s a possibility we’re discussing. There are six more clubs interested in Gabriel. He’s focused on the final games with Man City; we’ll see.”

Jesus has been with City since 2017 and a move to Arsenal could suit both parties. The forwards Alexandre Lacazette and Eddie Nketiah are out of contract at the Emirates this summer and there is a strong chance both will leave, although the club are particularly keen to extend Nketiah’s deal.

Jesus has started 19 of City’s Premier League games this season, scoring eight times, and started both legs of their Champions League semi-final defeat by Real Madrid, having been used sparingly in the competition before then.

The 25-year-old scored four times against Watford last month and was asked after whether he would like to start more regularly. “It’s not just me, it’s [all] the players,” he said.