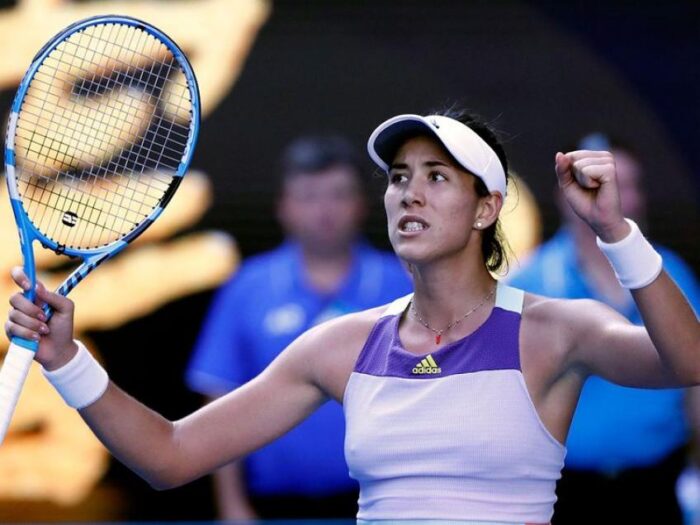 Garbine Muguruza is a professional tennis player born in Caracas, Venezuela, on 8th October 1993. Her parents are Jose Antonio and Scarlet Blanco, who also have two elder sons, Asier and Igor. She has dual nationality, Spanish-Venezuelan.

Garbine started playing tennis when she was only three years of age, and three years later, she moved to Spain with her family and started taking tennis lessons and training at a Bruguera Tennis Academy located near Barcelona.

With her powerful swings and aggressive playstyle, Muguruza managed to reach number 1 ranking on the WTA list. At this point, both Rafael Nadal and she held number 1 positions on their respectable rankings lists, which was the first time in history that two Spaniards managed to do it at the same time.

Muguruza is currently ranked number 3 on the WTA list and has two career Grand Slam titles. Her Grand Slam titles were historic since she became the first player ever to defeat both Williams sisters in the finals. She defeated Serena in a French Open 2016 and Venus on Wimbledon 2017.

Garbine Muguruza turned professional in 2012, and her first WTA appearance was at the Miami Open. She had an excellent debut and managed to upset former number two, Russian Vera Zvonareva, and former number ten, Italian Flavia Pennetta. She eventually lost in the round of 16 from Agnieszka Radwanska, who became champion that year.

The year 2013 held more of the same for Garbine. She got knocked out in the second round by Serena Williams at the Australian Open in straight sets and managed to reach the round of 16 at Indian Wells, where she lost to eventual semifinalist Angelique Kerber. After the Indian Wells tournament, she was awarded a main-draw wildcard into Miami Open, where she had an identical result as in 2012. She lost in the round of 16 to Li Na, who was fifth seed at the time. Sometime after Wimbledon, Muguruza had right ankle surgery and missed the rest of the season. She did, however, keep training by hitting groundstrokes from a sitting position.

In 2014, she started recording steadier results and started rising in the doubles list. She won her first WTA singles title at the Hobart International, where she defeated Klara Zakopalova in the finals match 2-0. At the Australian Open, she managed to reach the fourth round for the first time, where she lost to Agnieszka Radwanska.

At the Monterrey Open, she partnered up in doubles with Romina Oprandi and managed to win the finals match against Katarzyna Piter and Maryna Zanevska in three sets. In 2014, Muguruza reached her first quarter-finals on the French Open in singles and also advanced to semi-finals in the doubles. These results eventually landed her on seed number 27 in singles and 36 in doubles, both of which were her career-highs at the moment.

In 2015 Garbine continued to record excellent results and power through WTA rankings. She and Suarez Navarro managed to win their first grass-court doubles title in Birmingham by defeating Andrea Hlavackova and Lucie Hradecka 2-0 in the finals.

Later on at Wimbledon, Muguruza advanced to her first-ever Grand Slam finals by defeating Angelique Kerber, Caroline Wozniacki, Timea Bacsinszky, and Agnieszka Radwanska on her way. She lost in the finals against top-seeded Serena Williams in two sets, but success in the tournament was enough to place Garbine in the top 10 for the first time, and after Wuhan Open, she cracked the top 5.

2016 was the year in which Muguruza had a huge breakthrough, and after the shaky start, she managed to turn her season around at the French Open. She advanced to finals with relative ease, where she met top-seeded Serena Williams. She won in two sets and won her first-ever Grand Slam title. This unexpected success moved Garbine to number 2 seed on the WTA list and made history because she was the first Spanish female player since Sanchez Vicario to win a major title.

Her return on grass did not end well since she got upset by Jana Cepelova in the second round of Wimbledon, and she regressed to number 2 seed after the tournament. At Olympic Games in Rio, she advanced to the third round, where she lost against eventual gold medal winner Monica Puig.

In 2017 Muguruza finally claimed the Wimbledon trophy. She entered the tournament as the 14 seed, and on her way to the finals, she managed to beat Ekaterina Alexandrova, Yanina Wickmayer, Sorana Cirstea, Angelique Kerber, Svetlana Kuznetsova, and Magdalena Rybarikova. Shee faced 10-seeded Venus Williams in the finals and clinched victory in 2 sets for her second major title. During this season, she managed to rise to the number 1 seed for the first time in her career.

Muguruza regressed and recorded mixed results in the following years, first being out of the top 10 in 2018 and then falling even further in 2019 with her continued struggles. In 2020 she returned to her strong form and reached her first Australian Open Finals, where she lost Sofia Kenin in three sets after a hard-fought match. In 2021 her grind continued, and by the end of the year, she was back in the top 10 on the WTA list. She reached her first-ever WTA finals, where she defeated Anett Kontaveit in two sets and ended the year as number 3 on the rankings.

Garbine Muguruza enjoys multiple brand associations that she achieved throughout her successful career. She is currently partnered with Adidas, Babolat, Rolex, Maui Jim, Mazda, Banco Bilbao Vizcaya Argentaria, and Caser Seguros. She actively advertises and endorses their products both on and off the court.

What Racquet Does Garbine Muguruza Use?

Muguruza is a long-time Babolat racquet user. This is one of the most iconic racquet lines nowadays and provides tennis players with a lot of power and spin with their products. Garbine currently uses Babolat Pure Drive, which compliments her aggressive playstyle that is centered around flat, powerful groundstrokes.

What Shoes Does Garbine Muguruza Wear?

Garbine Muguruza is sponsored by Adidas and currently wears its Sole Court Boost model. These shoes are very comfortable and have excellent cushioning with tender and supportive uppers. Ankles are cushioned with memory foam for extra comfort and flexibility.

Sole Court Boosts are highly breathable and a bit heavier, although additional weight does not seem to be a problem since it provides extra stability and durability.

“When you’re tired, you say, Hey, I need to rest from tennis or something.”

“I like to have bright colors and to feel feminine on the court.”

“I go for my shots with no regrets, even if I play to the fence.”

“For me, it has an extra value to be able to beat the Williams sisters in the finals because they are just so good. For me, it’s proof of being literally the best player in the tournament.”

“It’s so rewarding to succeed in what you like to do that you don’t really think about what you have to give up.”

“It is a time for women’s tennis to return to the light, as it were, and be on a par with men’s tennis, which is at a very high level.”

Garbine Muguruza is active on social media, and you can find her on Instagram (@garbimuguruza) and Twitter (@GarbiMuguruza).