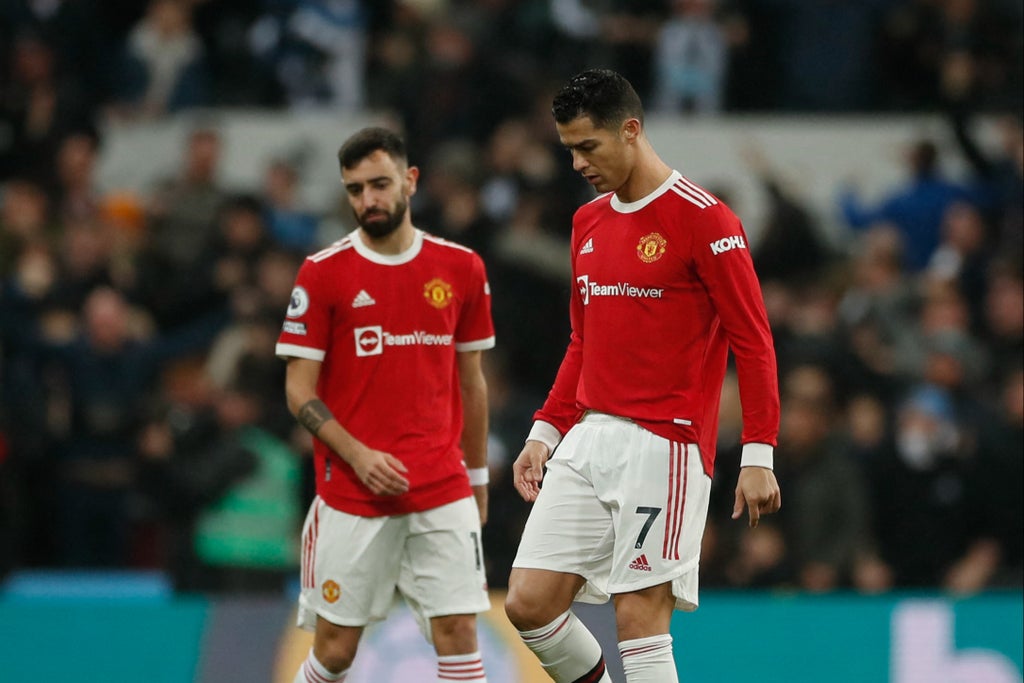 Gary Neville hit out at the body language shown by Cristiano Ronaldo and Bruno Fernandes in Man United’s 1-1 draw against Newcastle.

Ralf Rangnick’s side were poor throughout at St James’ Park and could very easily have lost, with the Portuguese duo cutting frustrated figures throughout.

Ronaldo went straight down the tunnel at full-time without acknowledging the travelling fans, as he does more than once in recent weeks, and Neville was furious as he feared for the impact the two stars were having on the United dressing room.

“They’re the two senior players in that dressing room,” Neville told Sky Sports. “It’s devastating for the younger players if the two best players in the team are looking at the others as if they’re not good enough.

“Cavani takes that away. He doesn’t wilt in the presence of Ronaldo or Fernandes. He stands up to them and helps the younger players.

“They need to get rid of that whinging attitude, they really do. You’ve got to go over and clap the fans at the end of the game.

“I don’t care how you’ve played, I don’t care what the result is – get over to them fans and clap them. You have to do that.

“It’s annoyed me for about two months. It’s devastating when the best players in the team are giving that look and that body language. They have to be a father, a grandparent.

“I think there’s something wrong in there. You can’t run off the pitch, and Bruno is whinging all the time. Don’t run off at the end of the game, I’m not having that.”

Edinson Cavani earned United a point, but there was plenty in the performance that will concern Rangnick so soon into his time in charge.

Neville believes the United players have to start producing far more than they are currently showing.

“Honestly, they were absolutely shocking in that first half,” Neville said.

“They got the last manager the sack. Ralf Rangnick is not going to get the sack, he’s only had two or three weeks with them, but they’ll get a lot of managers the sack if they carry on like that, because that’s a really, really poor performance.”