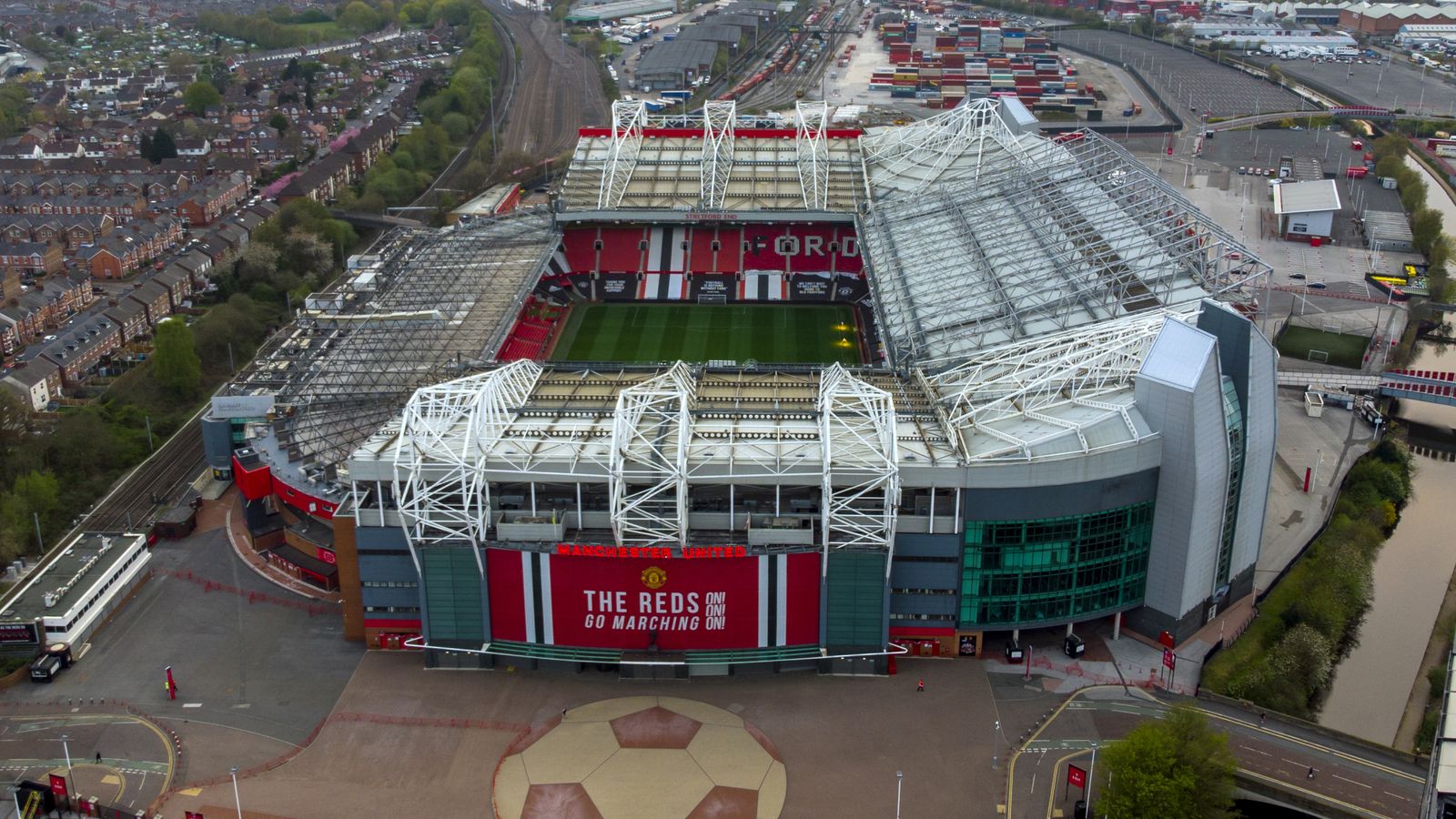 Gary Neville has once again called on the Glazer family to sell Manchester United, but has set out a five-point plan for them to “reset the culture” if they choose to remain at the club.

The American family have been in charge at Old Trafford since 2005 but they have overseen just three major trophy wins – an FA Cup, League Cup and Europa League – in the nine years since Sir Alex Ferguson retired as manager.

United’s exit from the Champions League at the hands of Atletico Madrid in March means they are currently enduring their worst trophy drought in 40 years, while supporter opposition to the Glazers was increased by their ill-fated attempt to include the club in the European Super League last year.

Neville admitted the Super League fiasco was a turning point in his relationship with United’s owners, but he believes they can begin to get the fans back on side if they commit to a number of changes at the club – including building a new stadium.

Speaking at a Sky Bet fan debate on The Overlap, Neville said: “I’m really worried at this moment in time. I’d never gone for the Glazer family whilst I was at the club. I saw no reason to – we were successful.

“The Super League was a moment for me where all those owners demonstrated complete and utter greed and disdain for English football. They were willing to ruin it on behalf of their own interests.

“My view is there is a problem right at the very top. They’ve had 10 years to prove they can be good football operators beyond Sir Alex Ferguson and David Gill (former chief executive), and they’ve proven they can’t do it.

“The first thing that should happen is they should sell the club, because of the Super League, because of their 10 years of failure without Ferguson and that team that he had. But if they really want to stay – because you can never force the Glazer family to sell – then they’ve got to do four or five things.

“Number one, they’ve got to stop taking the dividends out of the club if they want to reset the culture. When the owners are pulling money out of the club at the expense of a successful team, it’s a bad message from the very top.

“Number two, they’ve got to pay off that debt and they can do that by selling £500m worth of shares to the fans. They can then rebuild that stadium with a billion quid. It does probably need knocking down to be fair.

“That doesn’t need renovation, it needs a new stadium, and that money can be funded from a 20-year contract with a sponsor at £60m, £70m a year. Call it ‘something Old Trafford’ and we have a brand new stadium that resets the culture of Manchester United, where we have the best stadium in the world. That needs to happen.

“They then need to build a new training ground. Me and Roy (Keane) were part of the squad when we moved 22 years ago. We were devastated to leave The Cliff, but we’ve now got a training ground that’s behind the other training grounds.

“They then need to go and put £100m, £150m a year into a proper sporting project, along with those four things, and then you can say ‘the Glazer family have reset the culture of the club’. The fans are on the edge again.”

‘Man Utd fans prefer Ten Hag to Pochettino’
One of the most pressing issues currently occupying the Glazers is appointing a new manager to replace interim boss Ralf Rangnick, who will take a up a consultancy role at Old Trafford in the summer.

Ajax boss Erik ten Hag has been interviewed and United are gathering information about the Dutchman, and Neville believes he is the preferred candidate of United’s supporters.

“He worked in Bayern Munich when Pep Guardiola was there,” Neville said. “We know the impact that had.

“He’s won a couple of titles and cups in Holland. His style of play is good. He’s got more experience than I think most people think at the age of 52. It’s a massive jump but he’s got a good coaching pedigree. He’s not scarred and that’s a good thing – he comes in fresh.

“I did a poll the other day and I was absolutely stunned – 240,000 people voted and 82 per cent were in favour of bringing him in over (Mauricio) Pochettino. I knew that he would be favourite because you can smell it on social media.

“I think Manchester United fans are demanding a fresh start and a fresh name. They want something that’s completely different that they’ve not had before, and that’s probably gone against Pochettino in some ways.”

Roy Keane added that Ten Hag is a “good option” for United as they consider what is a “huge” decision over their next manager, while he backed his former club to recover after yet another disappointing season in which they are scrapping for a place in the top four of the Premier League.

Asked if Ten Hag was the right man for United, Keane said: “Well I don’t know but he’s obviously a good option. I think they’ve lined up four or five managers to be interviewed and I certainly wouldn’t be against that.

“But nobody knows until somebody gets into the building and starts looking at the job that needs to be done. Obviously it’s a huge disappointment with the season and there’s an important month or two coming up with trying to get into the top four.

“But I’ve no doubt they’ll bounce back. It might take a bit of time but every big club has little periods and United are going through one at the moment. The next manager they get in – it’s stating the obvious – is huge. They have to get it right.”