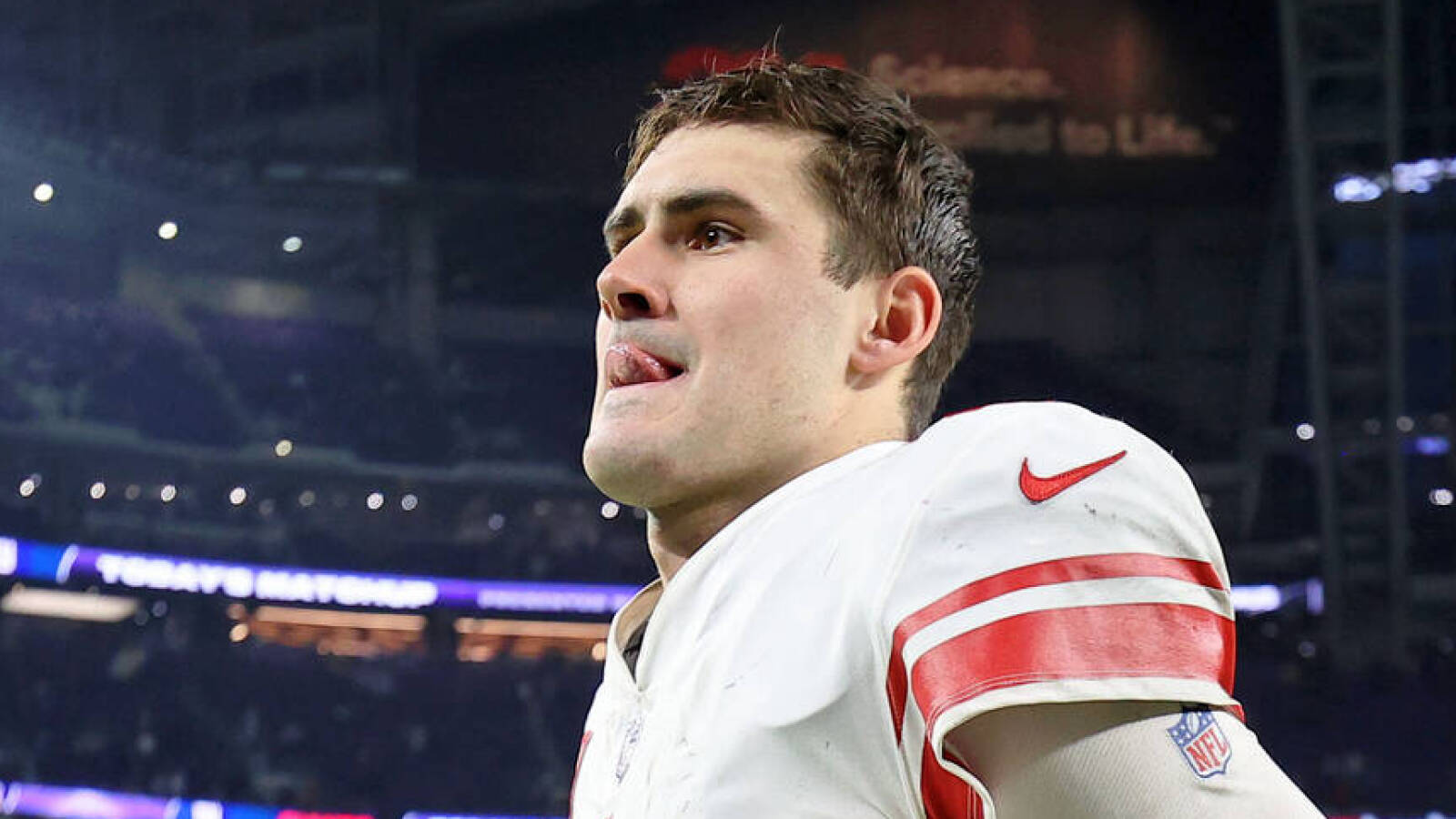 Daniel Jones led the New York Giants to a 31-24 upset victory over the No. 3 seeded Minnesota Vikings on Sunday in the first playoff start of his four-year NFL career.

The former No. 6 overall pick shined under the postseason lights. Jones passed for 301 yards and two touchdowns while leading the Giants in rushing with 78 yards.

According to ESPN Stats and Info, Jones is only the third quarterback to throw for 300 or more yards and rush for at least 75 yards in a playoff game, joining Baltimore Ravens’ Lamar Jackson and San Francisco 49ers Hall of Famer Steve Young.

Jones attributed the Giants’ wild-card win to playing a “cleaner game” this time against the Vikings. The Giants fell to Minnesota, 27-24, on Christmas Eve, mainly due to two turnovers. Jones and the Giants didn’t turn the ball over on Sunday.

This season, Jones has taken much better care of the football. Jones threw only five interceptions during the regular season and lost six fumbles, both career-lows.

If the Giants want to keep this unlikely playoff run going, they’ll have to find a way to knock off division rival and the NFC’s No. 1 seed, the Philadelphia Eagles, next week in the divisional round.

When asked what it would take to defeat the Eagles, Jones said, “Another clean game.”