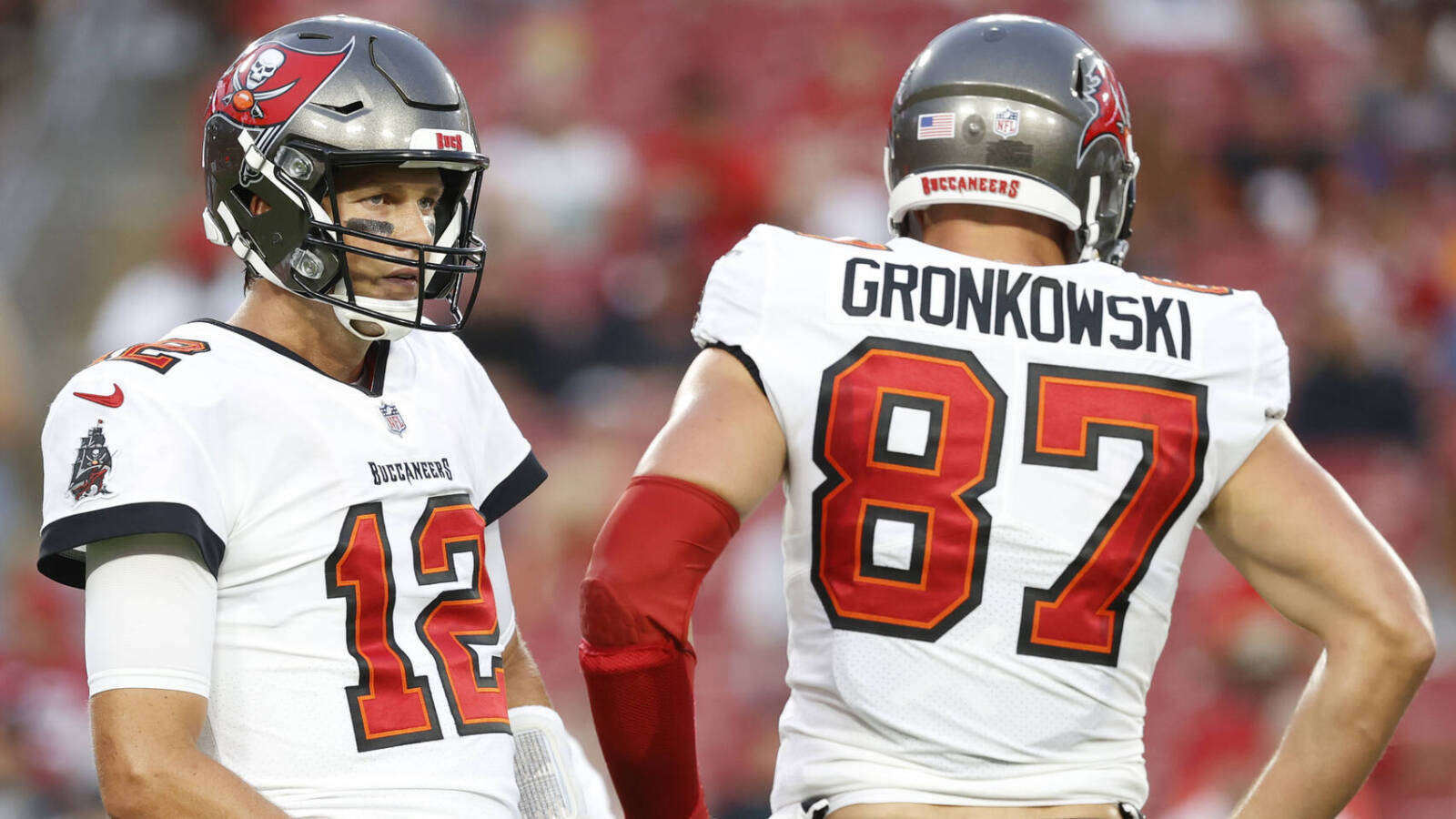 “The guy can play at any age,” Gronkowski told USA Today’s Josh Peter on Friday. “If he’s 50 years old, he can still come back. I think he’s going to come back but in a couple of years. The guy’s a beast. He can play anytime.”

Earlier this week, Brady was unwilling to rule out the possibility of a return. While the 44-year-old quarterback said he feels good about his decision to walk away, he also said “never say never” about coming out of retirement.

Brady was still in top form during his final season with the Tampa Bay Buccaneers before the announcement. He led the league in both passing yards (5,316) and touchdowns (43), and he finished second in NFL MVP voting behind only Green Bay Packers quarterback Aaron Rodgers.

Gronkowski, 32, caught more touchdowns from Brady than any other player in the quarterback’s career, despite entering the league 10 years after Brady and sitting out the 2019 season after a short-lived retirement. The tight end told USA Today that he hasn’t yet decided if he’ll return to play in 2022.