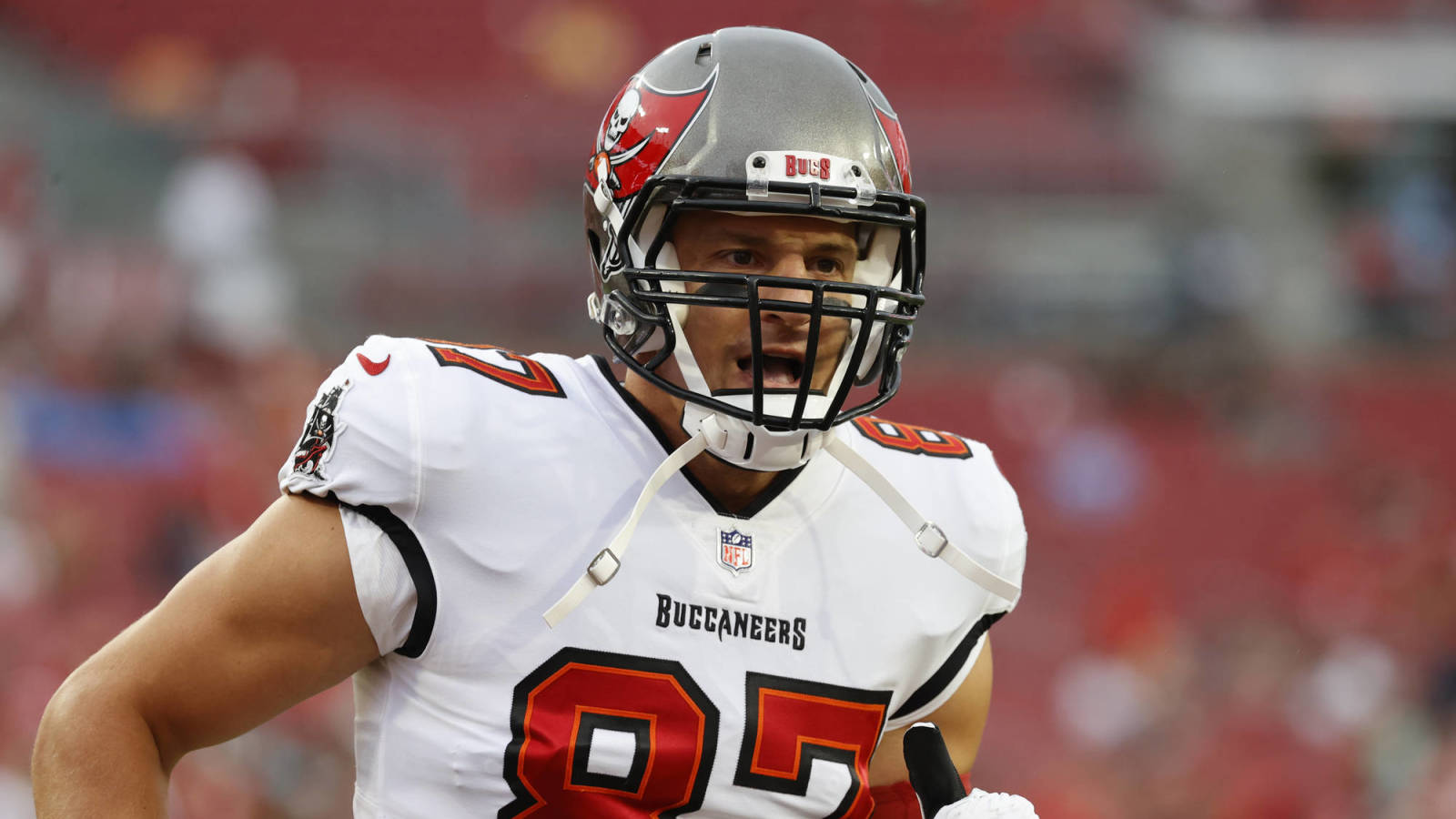 Rob Gronkowski was one of the best tight ends in the NFL during his prime, but that torch has since been passed to Kansas City Chiefs star Travis Kelce.

However, Atlanta Falcons rookie Kyle Pitts could very well be the next star tight end in the NFL, and Gronkowski knows it. The Tampa Bay Buccaneers veteran praised Pitts on Wednesday, telling reporters that the Florida product is an “athletic freak.”

“Yeah, I’ve seen him, and I’ve been hearing a lot about him since he was coming out for the draft,” Gronkowski said Wednesday via a team-provided transcript, per NESN’s Logan Mullen. “He’s just an athletic freak — he for sure is. I’ve seen some highlights of him and he can play. It’s just unbelievable — his build, his speed, his size, his route running — the capabilities that he has are just second to none. It’s going to be a fun ride to watch him play ball throughout the years.”

The Falcons selected Pitts fourth overall in the 2021 NFL Draft after a standout career with the Florida Gators. In 24 college games, the 20-year-old recorded 100 catches for 1,492 yards and 18 touchdowns.

Pitts emerged as a star during the 2020 season, winning the John Mackey award as college football’s most outstanding tight end and earning Associated Press first-team All-American honors. He was also the first tight end to be named a Fred Biletnikoff award finalist as the FBS’ top receiver after catching 43 passes for 770 yards and 12 receiving touchdowns.

“While the player comparison for the purposes of this scouting report is Darren Waller, Pitts may have the traits and talent to create mismatches similar to those created by Calvin Johnson and Tyreek Hill,” Zierlein said. “His rare blend of size, athleticism and ball skills are reminiscent of Megatron’s. His ability as a pass-catching tight end could force defenses in his division to alter the way they construct their roster. He’s a tough matchup for most linebackers and too big for most cornerbacks.”

During Week 1 against the Philadelphia Eagles, Pitts had four catches for 31 yards on eight targets. While those numbers don’t stand out, the young tight end has plenty of time to prove why he was the fourth-overall pick in this year’s draft.

The Falcons and Buccaneers will meet for the first time this season on Sunday.