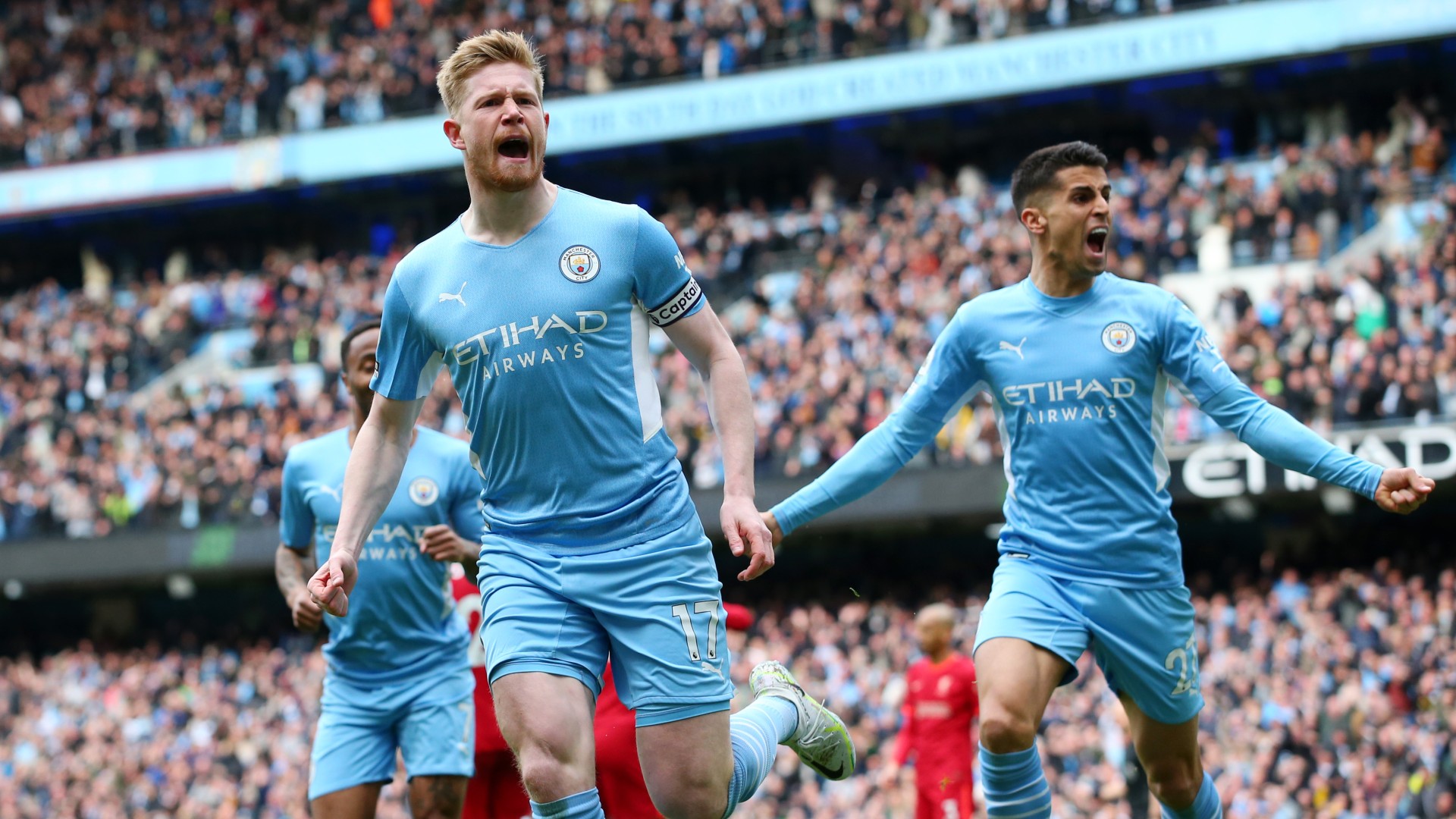 De Bruyne netted after just five minutes in the crunch Premier League title clash, his sixth goal in as many games, while he found the net in four straight matches in all competitions for the first time for City.

Diogo Jota soon cancelled out that opener, as did Sadio Mane early in the second half after Gabriel Jesus had restored City’s lead, leaving Guardiola’s side still a point clear of fellow title contenders Liverpool.

The Catalan coach acknowledged that City cannot afford to lose any of their remaining seven league games and heaped praise on De Bruyne, who has 11 goals and three assists in the league this term.

“He has been in this level for many years – when we won the Premier League with 100 points that Kevin was incredible,” Guardiola told reporters at his post-match news conference.

“He struggled the first part of this season with injuries a lot, with the national team and he needed time. But now he is strong, he is back and he is creating chances.

“I like it a lot. He is not just a player to make assists – now he scores a lot of goals. I’ve said to him many times, ‘I know you enjoy making a lot of assists, for you and your team-mates, but you have to score goals to reach another stage’.

“Now he is doing that, a lot of goals and chances. The position today he played was so difficult against Liverpool because they are so tight and so narrow; there are no gaps or space.

“But he can run, he finds space, and his vision in the final third is magical.”

Guardiola will hope De Bruyne can keep delivering when City head to Atletico Madrid in the Champions League quarter-final second leg on Wednesday, which they lead 1-0, before an FA Cup semi-final with Liverpool three days later.