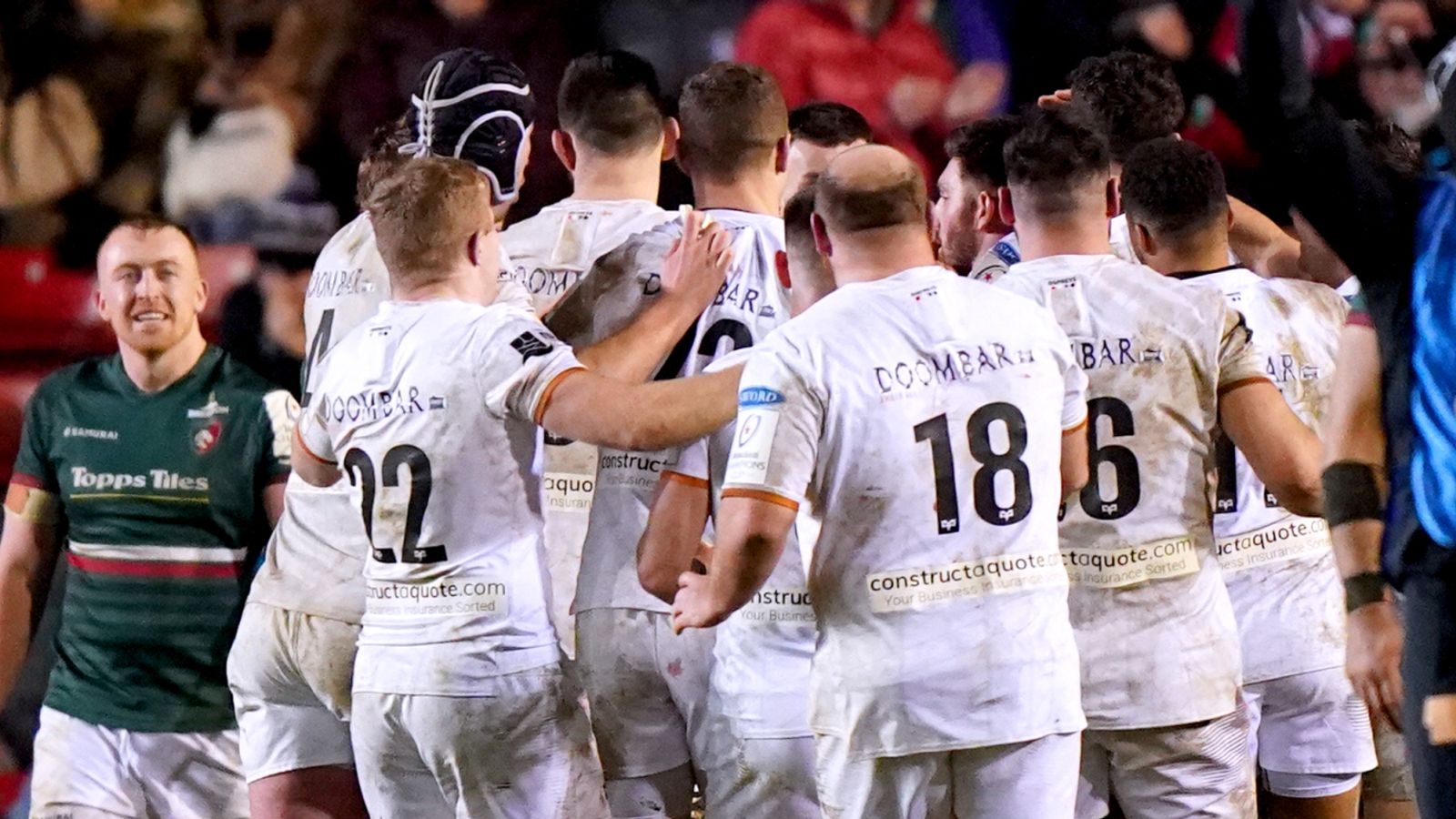 Owen Williams knocked over a conversion with 92 minutes showing on the clock to give Ospreys a remarkable 27-26 Heineken Champions Cup victory over Leicester Tigers.

After being second best for most of the clash between the top two in Pool B at Mattioli Woods Welford Road, Ospreys battered the opposition line for the whole of the last 15 minutes but somehow Leicester kept them out.

However, a yellow card for replacement prop Dan Richardson proved the final straw as countless replays were shown before Jac Morgan was credited with a close-range try to secure a thrilling victory.

Leicester took an early lead when Pollard kicked a penalty after Ospreys skipper Justin Tipuric was harshly adjudged to have infringed at the breakdown.

Ospreys soon had a similar penalty opportunity but they elected for an attacking line-out and were rewarded when Lake crashed over.

Tigers responded quickly with a succession of line-out drives putting the visitors under extreme pressure. With their defence tied in, Van Poortvliet saw a gap to race over.

Three minutes later, Leicester looked to have scored again when Simmons tore through a huge hole to run 30 metres and crash over the opposition line but TMO replays showed that the wing had been held up by an excellent cover tackle by Michael Collins.

However, Leicester were still able to extend their lead with a penalty from Pollard before Ospreys suffered another setback when Evans hobbled off to be replaced by George North.

In the absence of Evans, Williams took over the goal-kicking with his 40-metre attempt sailing wide but he soon made amends with another kick from a similar distance.

The Welsh region suffered another injury blow when hooker Lake was helped off with a leg injury to be replaced by Scott Baldwin, but committed tackling kept Tigers out before a second penalty from Williams brought the scores level at 13-13 at the interval.

Leicester began the second strongly with an excellent break from Pollard winning his side a platform in the opposition 22. From there Tigers maintained the pressure and a pre-planned move saw Simmons bemuse the visitors to score his side’s second try.

The hosts looked in control, but they gifted their opponents the chance to remain in contention. Deep in the Ospreys 22, Tigers threw a wild pass which Joe Hawkins hacked on before Giles collected to stroll 65 metres to score with a conversion from Williams tying up the scores going into the final quarter.

Two penalties in quick succession from Pollard saw Leicester regain the lead before Ospreys staged a tremendous late rally. Both North and Kieran Williams were hauled down inches short before Morgan’s late effort gave them a huge victory.

In Friday’s Pool A match, Lyon brought an emphatic end to their European Cup drought by crushing the Bulls 31-7 at Matmut Stadium de Gerland for their only win of the pool stage.

The Bulls’ two wins earlier in the group phase means they still have a better chance of qualifying for the last 16. The newcomers from South Africa remain in sixth place with Lyon in seventh.