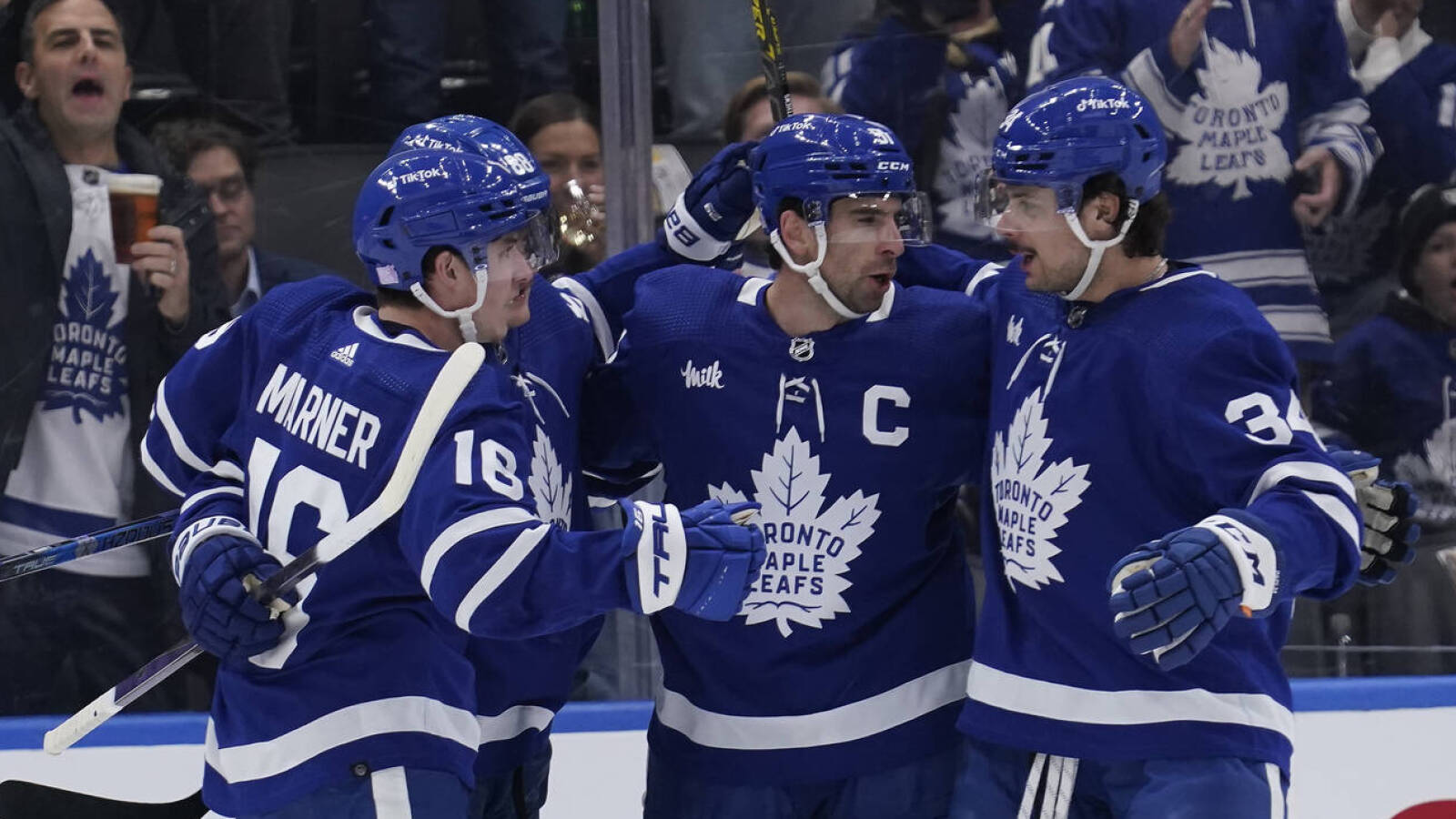 Midway through the season, only two Canadian teams, the Toronto Maple Leafs and Winnipeg Jets, sit comfortably in playoff spots. The Edmonton Oilers and Calgary Flames are fighting tooth and nail to hold down wild-card positions. The Vancouver Canucks and Ottawa Senators have fallen short of elevated preseason expectations. The rebuilding Montreal Canadiens are who we thought they were.

So, Daily Faceoff Roundtable: When the dust settles in April, how many Canadian teams make the playoffs? Name them.

MATT LARKIN: Toronto, Winnipeg, Edmonton. I’ll say three teams make it. The Leafs are so locked into their spot that they can afford to rest Auston Matthews at the season’s halfway point. Gotta love that playoff format. The Jets are a safe bet, too. I think the Oilers or Flames can get in. But both? Possibly a tall order. The Seattle Kraken have a five-point lead on the Oilers and seven-point lead on the Flames for third in the Pacific, and have two games in hand. If the Oilers and Flames end up staying in the two wild-card spots, they’ll have to fend off the Colorado Avalanche, who are getting healthier. I can’t imagine a world without the Avs getting in. But I can imagine a world in which one Alberta team gets squeezed out.

NICK ALBERGA: I’ll say four Canadian teams make the Stanley Cup playoffs this season. Give me Toronto, Winnipeg, Edmonton and Calgary. Of course, as things lay, the two biggest teams in question here are the Alberta squads. I know the math doesn’t look good in favor of both getting in, but I’d like to think each is fully capable of going on a lengthy run. And that’s what each will need to do in order to create some separation in the standings. There’s a lot of hockey left. Let’s get crazy; I say Colorado replaces Minnesota from the current standings. That’s it, that’s all.

MIKE MCKENNA: I think all four Canadian teams that currently hold a spot in the Stanley Cup playoffs hold serve. Toronto and Winnipeg are locks. Ottawa, Montreal and Vancouver don’t have a chance. So why do I think Calgary and Edmonton make it? Because the Flames are starting to heat up, and their goaltending has been better than people realize. Evander Kane’s return to the Oilers’ lineup will be a shot in the arm. St. Louis is a talented mess that has yet to find any consistency. Nashville’s recent success is still rooted in Juuse Saros playing out of his mind. Colorado and Seattle are the teams to watch. And I think for both clubs, goaltending will be the X-factor. Could Colorado miss the Stanley Cup playoffs? It doesn’t seem likely. But how can anyone watch Seattle and not be impressed? The Kraken are finally defending and have a balanced scoring attack.

STEVEN ELLIS: I’m going with Matt here. I think we’ll see three teams make it, Toronto and Winnipeg with Edmonton being the third. It’s crazy to think the Oilers have struggled this much given how they weren’t far off a Cup final berth last year. I think getting Evander Kane back will be a nice addition, but they still have to figure out their goaltending situation. It’ll be interesting to see how they tackle the trade deadline. They still need to add another impact blueliner, and maybe another scoring forward? I think this team is too good to fall flat this year.