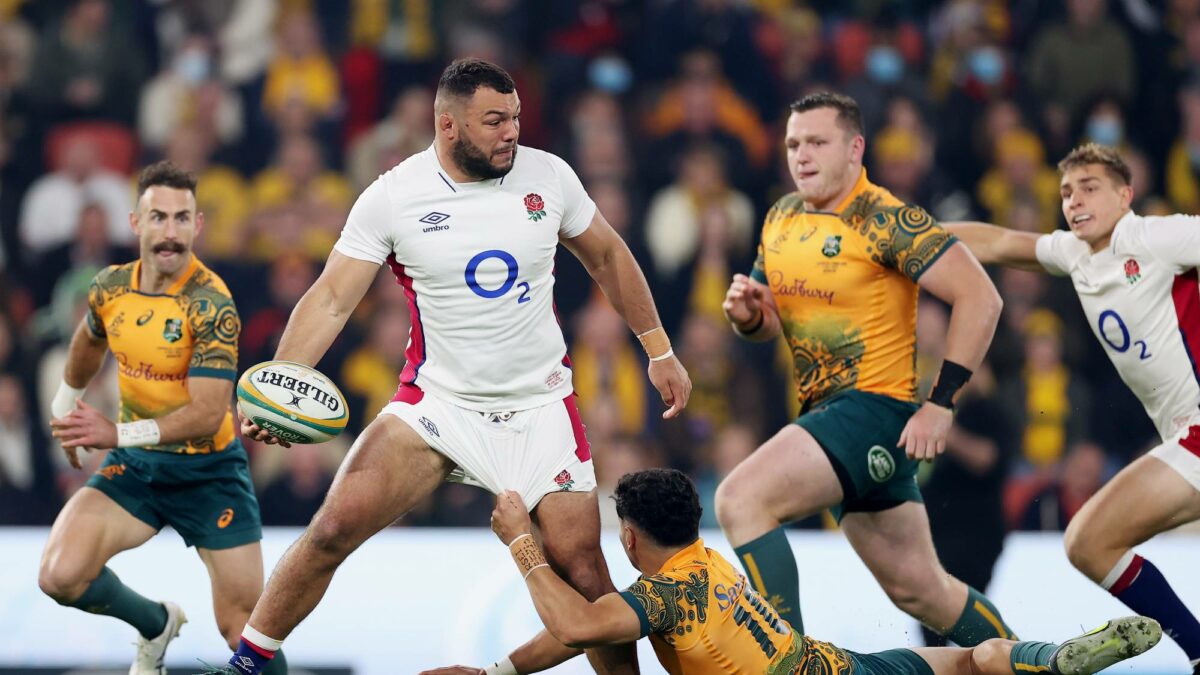 Eddie Jones is chipping away again after England roared back for their first win in four Tests led by a recharged Billy Vunipola and Owen Farrell’s commanding kicking to deny the Wallabies a series-clinching win at Suncorp Stadium. Here’s how the English media reacted.

A week after the English press pack were baying for Jones after a lacklustre opening Test loss in Perth, there was grudging praise – even from his harshest critics.

“That was a much-needed victory for England. The performance made a nonsense of Eddie Jones’s pre-match comments that this game was the perfect practice for next year’s World Cup,” conceded former England coach and arch-Jones critic Clive Woodward in the Daily Mail.

“Test match rugby is about winning, not practice. And after four straight defeats, it was vital England turned the corner. They did that by pitching up and doing the business. It wasn’t perfect by a long way and we still need to see more from the back-line.

“If we’re being brutally honest, England dominated the game for large periods but still scored only one try. Debutants Guy Porter and Tommy Freeman barely touched the ball in attack.

“Ellis Genge, Courtney Lawes and Billy Vunipola all delivered big displays. Vunipola was my standout. In the first half England dominated the contact area. They won the collisions, their carrying was aggressive, and their rolling maul worked well. The line-out move for Vunipola’s try was neatly executed.

“England fully deserved to win, but at international level it doesn’t matter how the victory arrives. Win and move on. Yes, you want to play well, but winning is a habit and it is one England haven’t had on a regular basis in the last three years. This was much more like it, particularly before half-time.”

And this from Woodward on the Wallabies: “Australia did come back in the second half. They had a 10-minute period where they were within five points, but they didn’t capitalise. 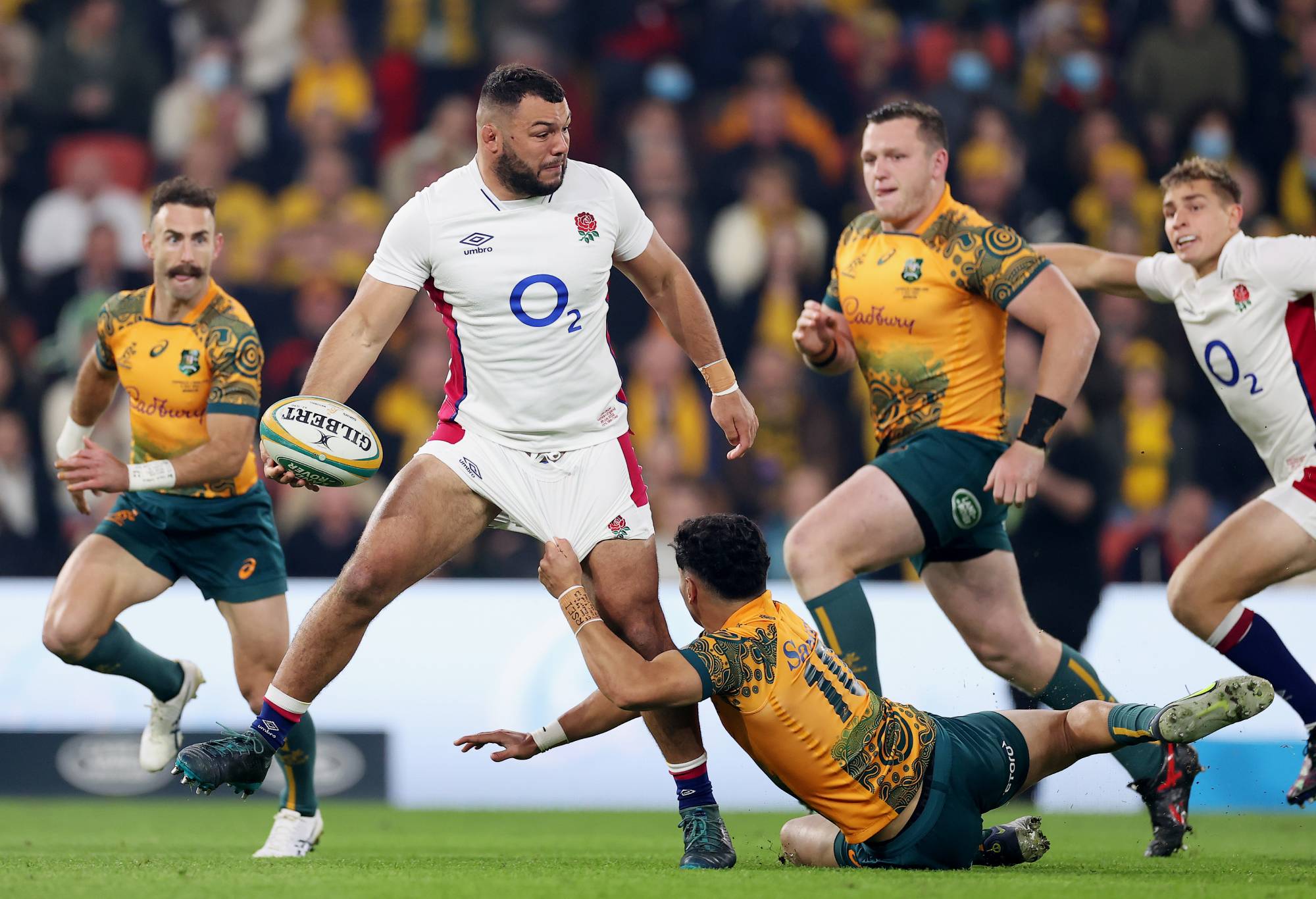 Ellis Genge of England breaks through the contact of Noah Lolesio of Australia during game two of the International Test Match series between the Australia Wallabies and England at Suncorp Stadium on July 09, 2022 in Brisbane, Australia. (Photo by Cameron Spencer/Getty Images)

“The Wallabies were seriously bad in that time in every facet of the game: giving away scrum penalties, throwing a couple of not straight line-outs, kicking the ball away aimlessly and conceding stupid penalties. They really did let England off the hook. You can’t afford to do that when you are chasing a game in Test rugby.”

It was the sweetest of wins for Eddie Jones, who was under the cosh and he was even copping it from his own mother.

“She has been ringing me up saying, “Are you going to get sacked? Are you going to come back to Australia? My poor mother,” the England head coach said with a grin at full-time.

But it was more like the old wily Jones as he basked in the aftermath of a rejuvenating win in Brisbane.

The stakes were high for Jones and England and to have lost from such a dominant position, particularly on the back of four defeats in six Tests and last week’s final-quarter collapse in Perth, could have been terminal for the coach’s future with England, the Sunday Times said.

“Certainly. the hot seat would have cranked up a few more degrees,” Alex Lowe wrote. ”Instead, Jones will take England back to his home city of Sydney with a chance to win the three-Test series, buoyed by their best half hour of rugby since the 2019 World Cup and, almost more important, the manner in which they regained control in the final quarter.

“England reacted in exactly the right way to their defeat in the first Test, hitting Australia with a bristling, fiery, angry display. An early try from Billy Vunipola, supplemented by the boot of Owen Farrell, put them in a commanding position.

“The Wallabies, ravaged by injuries for the second week running, wrested control of the game from England for about 20 minutes, testing their resolve with tries from Taniela Tupou and Samu Kerevi.

“At the same stage of the first Test, about the hour mark, England had crumbled against 14 men and again they seemed vulnerable — but Australia were unable to execute the killer blow.”

“Running on to a flat pass from Marcus Smith, Ellis Genge accelerated into the contact of Michael Hooper who was sent wheeling into the air like an English tailender’s leg-stump across town at the Gabba,” he waxed.

“There had been enough fighting talk between Genge and Australian tighthead Taniela Tupou in the build-up that it was a surprise Eddie Hearn was not involved. Hot air or not, Genge will take any threat to “smash” him personally.

“He was possibly a little bit annoyed about what Tupou said,” Eddie Jones said. “And he wanted to make a mark on the game.” Which he duly did on the unfortunate Hooper. “Genge is a hard man to tackle, jeez,” the Australian captain said. “I would like to avoid that again.”

“And just like that the tone was set. For the next 30 minutes, England played their best rugby since the World Cup.

“Powered by the fire and fury of the forwards – led by Genge, Vunipola and Lawes – England ripped into the Wallabies with ferocious abandon. By 33 minutes, England were 19-0 to the good thanks to Billy Vunipola’s try and the boot of Owen Farrell, who played as angry as anyone.”

The Observer’s Robert Kitson said the Suncorp triumph has given English rugby a little respite after a difficult few months.

“The series is not yet won but it is still alive after a frantic, seesawing contest in Brisbane. England wobbled momentarily but 20 points from the boot of Farrell and an early try for his Saracens teammate Vunipola proved enough to secure their side’s first win in four Tests,” he noted.

“Given the Wallabies had not been beaten in their previous 10 matches at their favourite venue it was a result that will encourage the England management to believe their team could yet fly home triumphant.

“It probably ranks as the visitors’ most satisfying win outside England since the 2019 World Cup semi-final, with a decider in Sydney on Saturday still to come.

“With Ireland also winning in Dunedin, the northern hemisphere has had a positive weekend and on the balance of the two games there is no reason why they cannot enjoy a highly satisfying conclusion to a long season.”

There was praise for the impact of Billy Vunipola in the crunch game for England’s series chances.

“When Billy’s at his best no one can get over the gain-line like him. He sits people down but he’s also got a little bit of footwork that creates space, allowing him to beat two defenders instead of one,” The Sunday Mail’s Mike Brown extolled. “When he’s fit, that really comes through and I was impressed with him.

“Billy put England on the front-foot right from the start. They need to take that first half and make it their identity. Domination by the forwards with fast, punchy runners off the 10.”

Owen Farrell spoke of the intention of getting stuck into the Wallabies right from the off.

“It was a tough Test match. The way we started was outstanding, we thought we didn’t throw a punch last week but we came here and started with a bang.” Farrell told Sky Sports.

“We just wanted people to be themselves and free them up. We never really got going last week but we have an unbelievably exciting team and it’s just about getting people going. I thought we did that.”