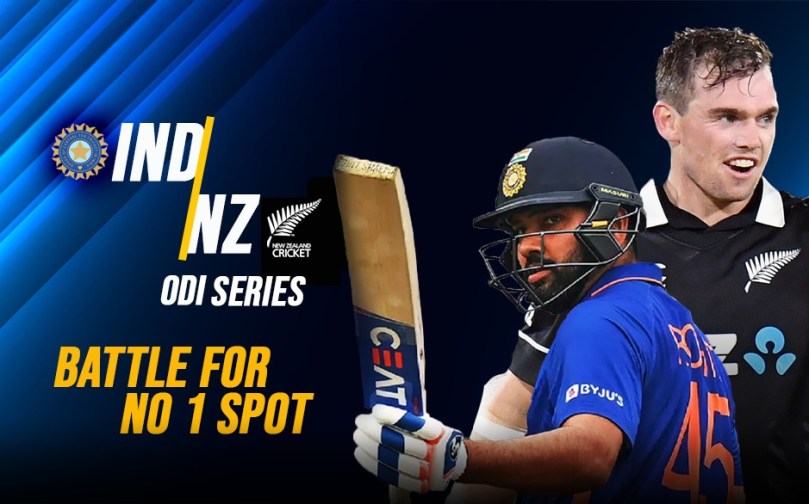 IND vs NZ LIVE – ICC ODI Rankings – India’s Chance to be No. 1? The forthcoming India vs NewZealand ODI Series…

IND vs NZ LIVE – ICC ODI Rankings – India’s Chance to be No. 1? The forthcoming India vs NewZealand ODI Series will be TEAM INDIA’s battle to become No. 1 team in ICC ODI Rankings. NewZealand currently is No. 1 team in ICC Rankings but India can replace them with whitewash in the series starting from 18th January. Rohit led team has already beaten SriLanka 3-0 and same scoreline against the KIWIS will make them NO. 1 ODI Team in the WORLD: Follow India vs NewZealand LIVE Updates with InsideSport.IN.

ICC ODI Rankings: How can India reach World No 1 in ODIs?

Team India are on the brink of creating history. Rohit Sharma & Co are just two series away from becoming World No 1 across all three formats of the game in ICC Rankings. India are already ranked No 1 in T20Is. If India beat NewZealand 3-0 at home in the ODI series, India will dethrone Kiwis for the World No 1 spot. Furthermore, India can also become World No 1 side in Tests if they claim the 4-match Test series 1-0 or 3-1.

After the 3rd ODI against SriLanka, India will take on NewZealand in a three-match ODI series. Currently, ranked 4th, Team India have 109 rating points. But if Rohit Sharma & Co beat SriLanka in the final match and clean sweep NewZealand 3-0 in their next series, India will get to World No 1 rank in ODIs. They can surpass the Kiwis for the top spot in ODI rankings. However, the task won’t be that easy as the Kiwis recently defeated Pakistan in an ODI series. 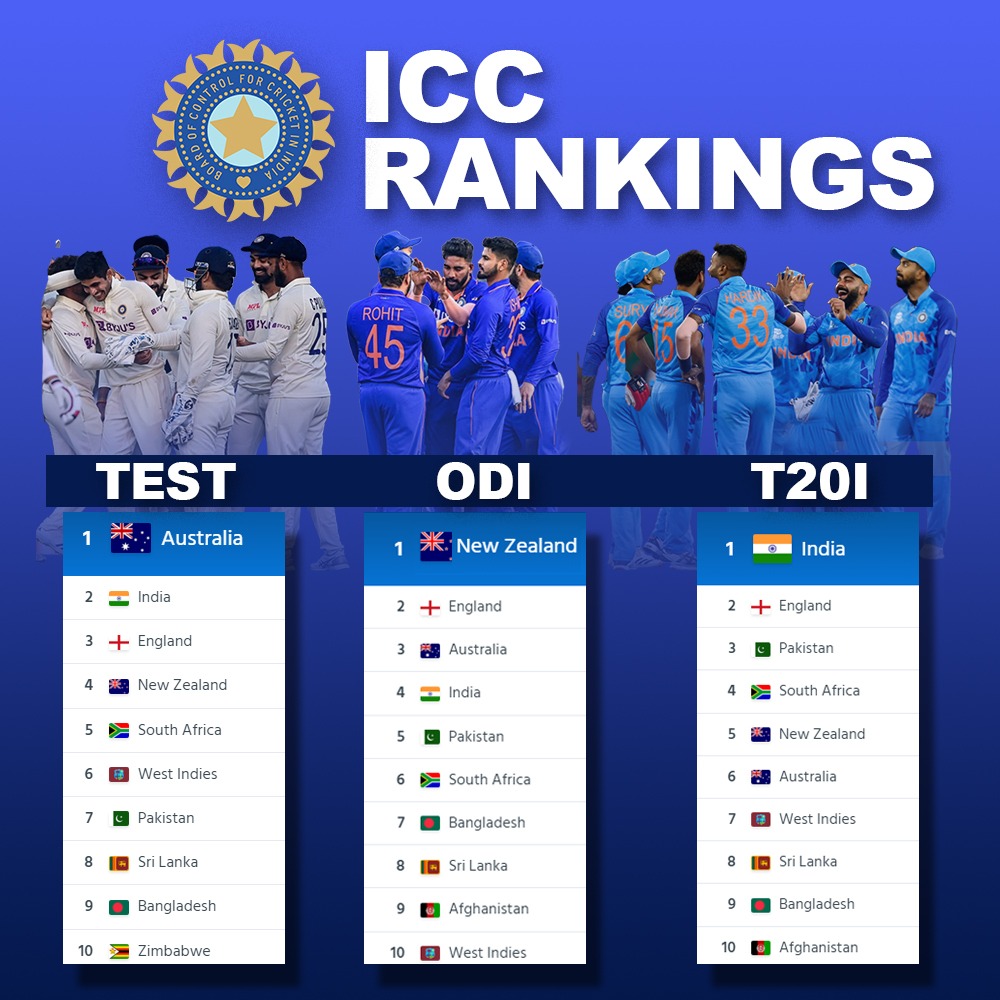 India are currently 2nd behind leaders Australia by just a point. In a showdown of the two best Test teams in the World, India have a chance to reclaim the World No 1 spot.

India will face Australia in the Border Gavaskar Trophy 2023 next month with the first Test beginning on Feb 9 in Nagpur. The remaining three Tests of the series will be played in Delhi (Feb 17-21), Dharamsala (March 1-5), and Ahmedabad (March 9-13).

ICC Test Rankings: How can India reach World No 1 in Tests? 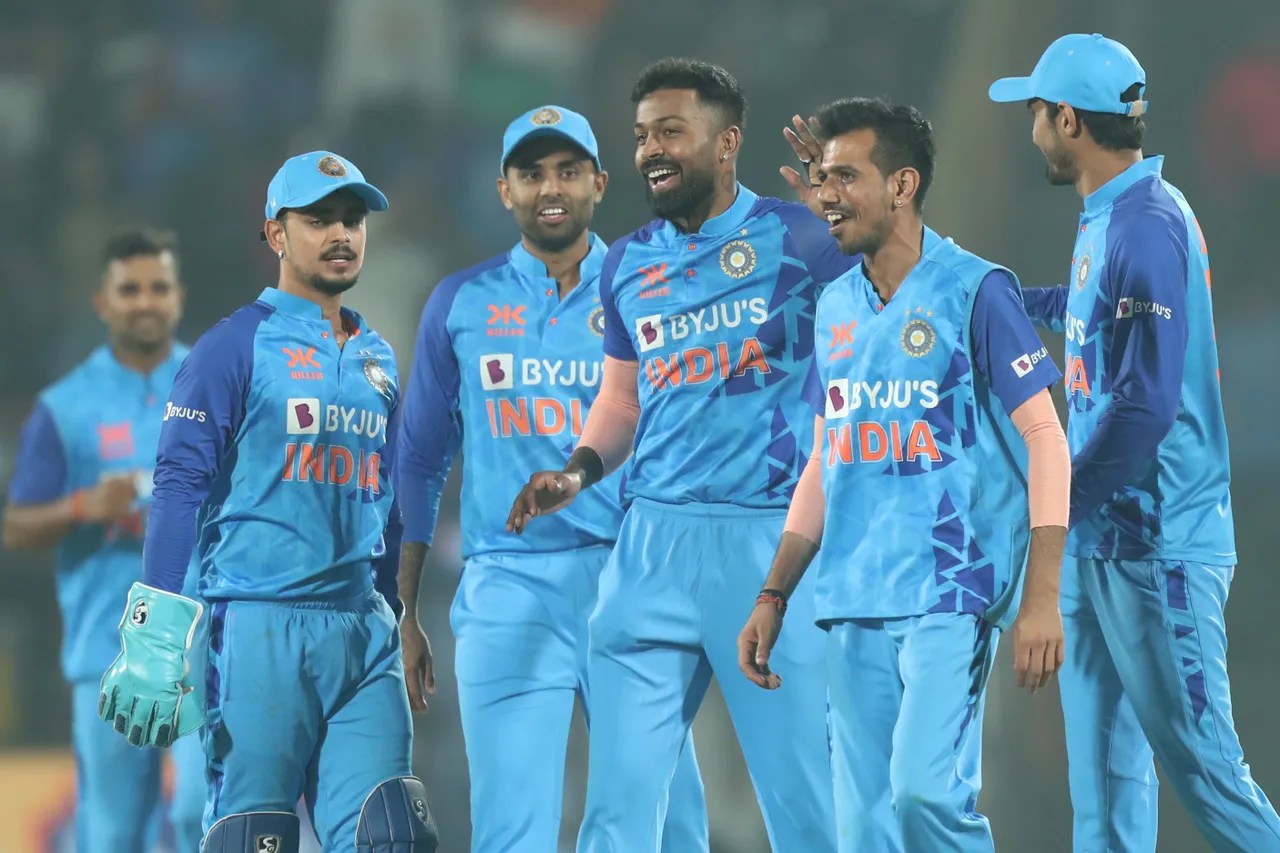 As mentioned above, the Men in Blue are ranked number 1 in the T20I rankings. The home team will also take on NewZealand in a three-match T20I series. Under the leadership of Hardik Pandya, the Indian contingent will look to consolidate its position at the top. To note, India have 267 rating points in 66 matches.

How ICC Rankings are calculated?