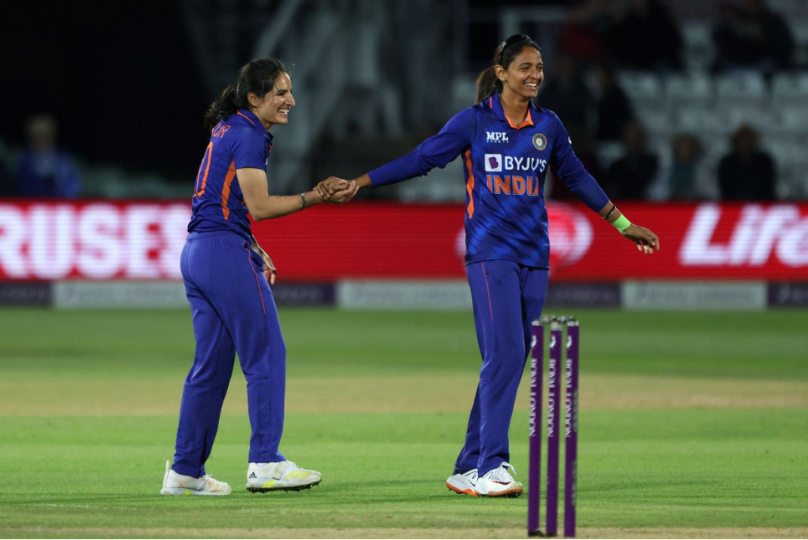 IND-W vs ENG-W Highlights – India-Women vs England-Women LIVE -India win by 88 runs  – Harmanpreet Kaur scored a magnificent 143 while Renuka Thakur picked up a four-fer as India clinched a historic series win over England. Harmanpreet’s ton set up India’s record score of 333 vs England, before the hosts were bundled out for 245. India take an unassailable 2-0 lead in the series, marking their first ODI series win on English soil since 1999.  Follow INDIA-W vs ENGLAND-W Highlights with InsideSport.IN

IND-W vs ENG-W Highlights: Chasing 334 to win, England got off to the worst possible start as Tammy Beaumont was run out early with a direct hit from Harmanpreet Kaur. Sophia Dunkley soon followed her to the pavilion and the hosts were 12/2. Emma Lamb and Alice Capsey played some attractive shots and kept England on par with the run rats before the former was caught LBW with England slipping to 47/3. 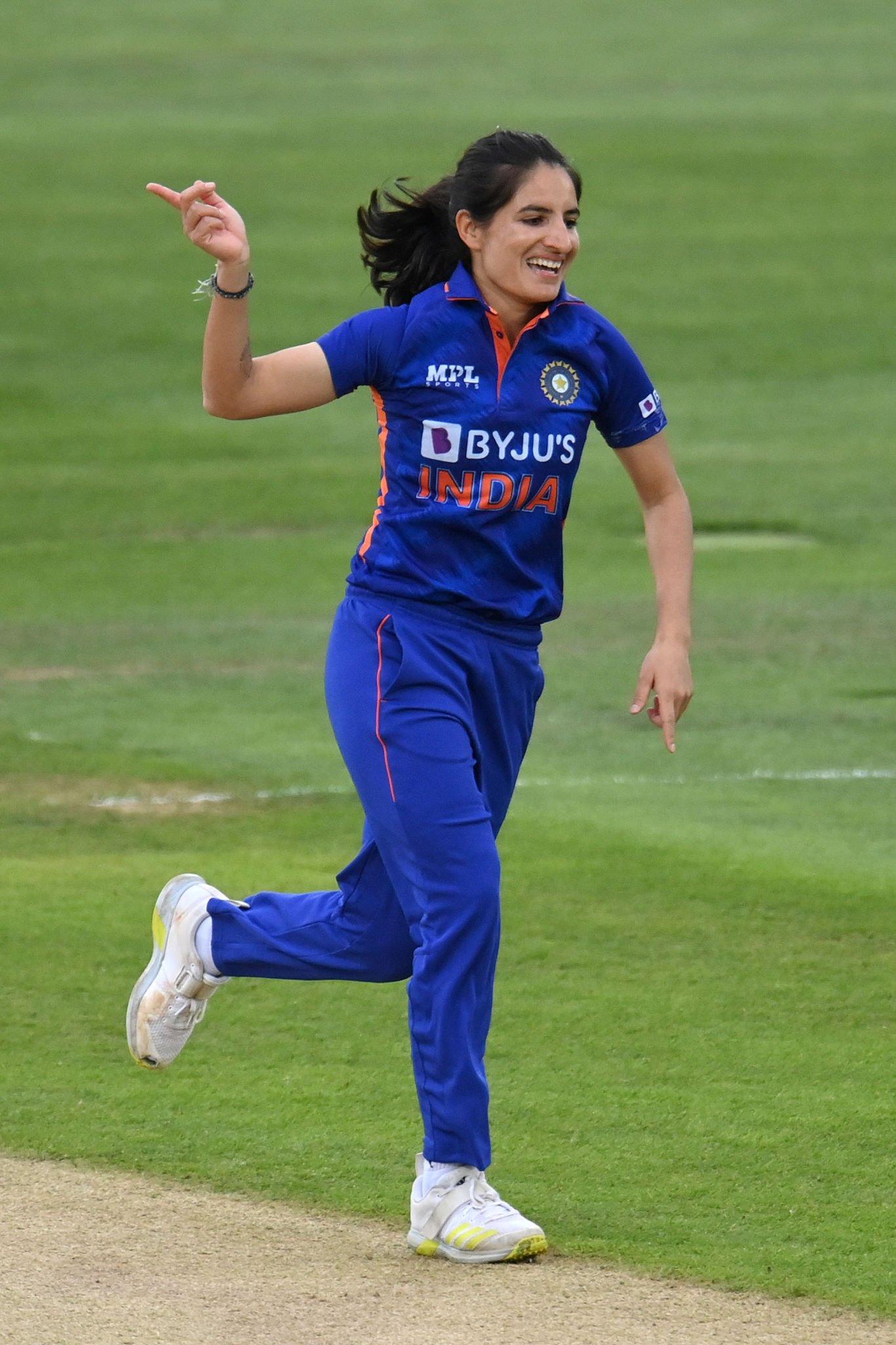 Danni Wyatt however walked in with positive intent and stitched a vital partnership with Capsey to steer England clear of the slide. Just when the hosts were motoring along well, Capsey gifted her wicket to Deepti Sharma with a simple catch to Shafali Varma at mid-off.

Amy Jones and Wyatt did stitch a partnership, with the latter reaching her half-century in just 40 deliveries. The duo added 65 for the fifth wicket before Renuka sent Wyatt packing with a dipping yorker. Jones soon parted after being stumped off part timer Dayalan Hemalatha.

Wickets then continued to follow as England slipped to 182/8. Charlie Dean delayed India’s victory celebrations with an entertaining 37 from No. 9 and was the last player dismissed when England were bowled out for 245.

Captain @ImHarmanpreet led from the front, hammering 143* & bagged the Player of the Match award as #TeamIndia beat England by 88 runs in the 2⃣nd ODI to take an unassailable lead in the series. 👏 👏 #ENGvIND

Earlier, Canterbury was treated with one of the greatest innings in recent history as Harmanpreet Kaur slammed an unbeaten 143 to help India post their highest total against England in ODIs. After losing Shafali early, India had Smriti Mandhana and Yastika Bhatia both getting starts but failing to convert them into big scores. 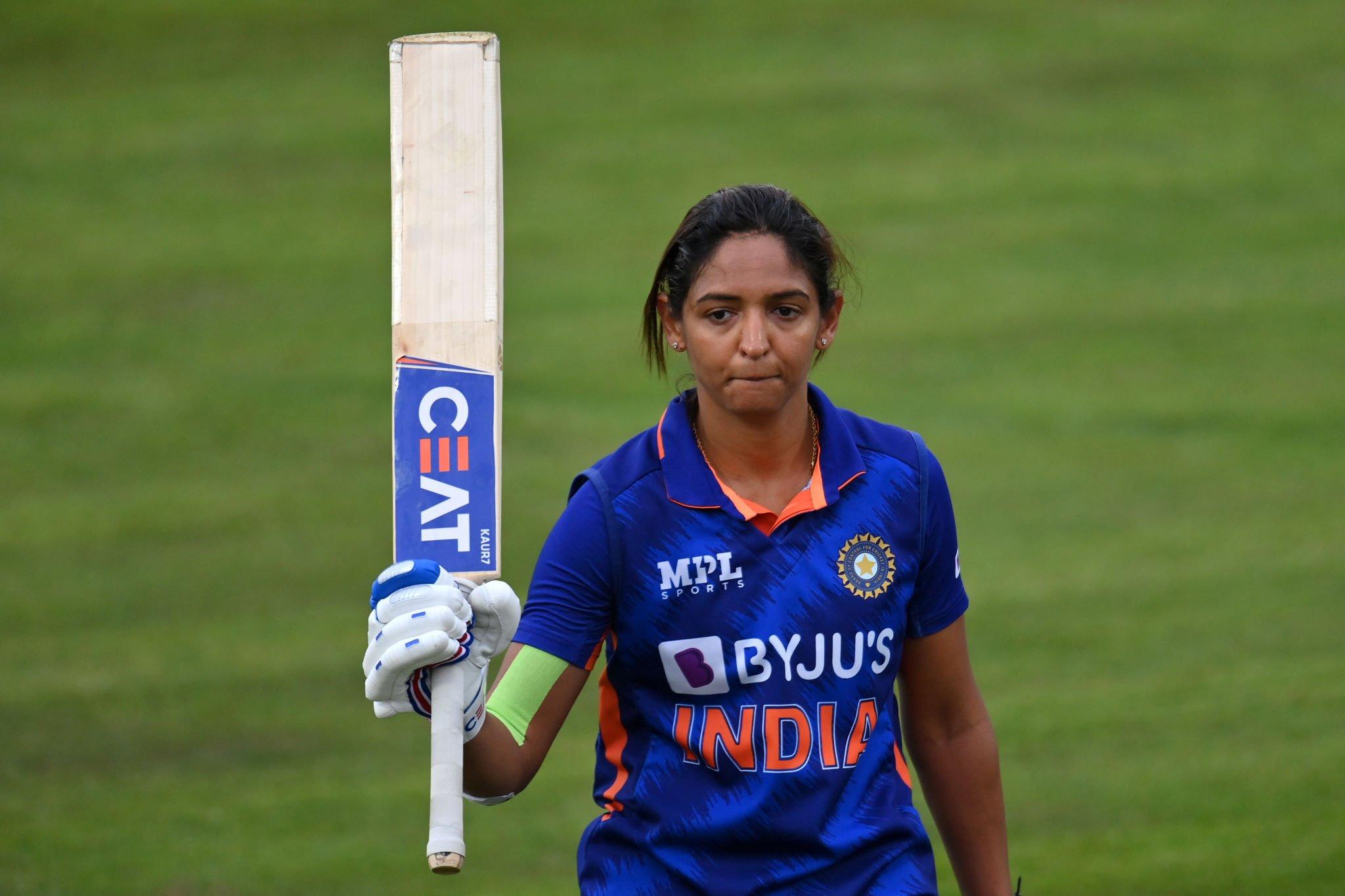 Harmanpreet along with Harleen Deol played themselves in the middle overs while picking up the odd boundary to keep the scoreboard ticking. Both reached their fifties in a record fourth wicket stand for India vs England laying the platform for a final overs onslaught. Deol soon departed for 58, but the best of Harmanpreet was yet to come.

India crossed the 200-run mark and Harmanpreet Kaur released a flurry of strokes to press on the accelerator. She eventually reached her century in 100 deliveries, putting on a 50 partnership in 6 overs with Pooja Vastrakar.

Kemp dismissed the Indian al rounder with Deepti Sharma joining in, putting on a stellar 71-run stand with her skipper in the final four overs. Harmanpreet in her last 11 deliveries, scored 43 runs with severe treatment on Freya Kemp and Lauren Bell. The duo recorded the worst over spells by English bowlers in Women’s ODIs.