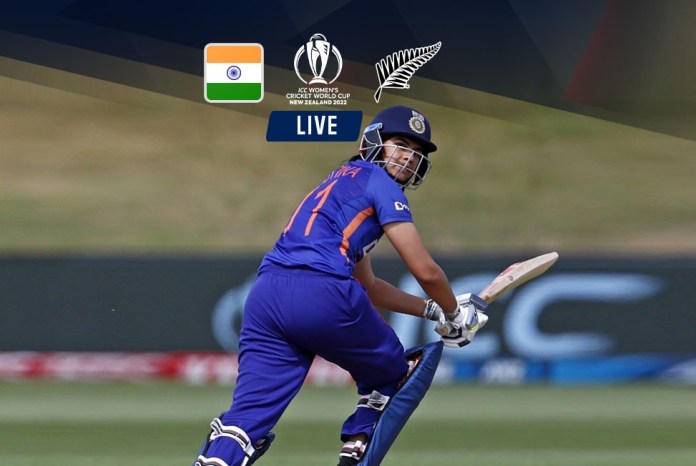 Amy Satterthwaite and Amelia Kerr played brilliant innings of 75 and 50 respectively. For Women in Blue, Pooja Vastrakar scalped four wickets and was involved in a crucial ran out, while Rajeshwari Gayakwad dismissed two players. Put in to bat first by Mithali Raj, New Zealand made 51/1 in the Powerplay, though the hard work of Kerr and Sophie Devine was undone by the loss of the skipper in the 11th over.

Pooja Vastrakar, who earlier ran out Suzie Bates with a direct hit, found Devine’s edge with Richa Ghosh making a smart catch behind the stumps.

In the 22nd over, Amelia Kerr fell lbw to Rajashwari Gayakwad on the sweep, just moments after registering her half-century. It ended a partnership of 67 from as many balls with Satterthwaite.

At the halfway mark, the White Ferns moved to 136/3 with Maddy Green and Satterthwaite at the crease. With an aim to increase the flow of runs, Green took a risk in the 34th over but was removed by Deepti Sharma.

The White Ferns moved to 186/4 after 36 overs with Amy Satterthwaite notching up her 27th ODI half-century. The dangerous-looking Satterthwaite was then dismissed on 75 by Pooja Vastrakar in the 43rd over.

Gayakwad removed Hayley Jensen in the 46th over while Vastrakar sent two batters back to the pavilion on consecutive deliveries in the very next over. In the last over of the innings, Katey Martin was removed by veteran India pacer Jhulan Goswami.

India made one change to the line up with young Shafali Verma dropped & Yastika Bhatia making it to the Indian playing XI.

PITCH Report by Craig McMillan: A new pitch is being used. Craig McMillan reckons it’ll be a decent wicket with a par score of 240-250. He, along with Lisa Sthalekar, suspects that swing bowling will be key as it often is in Hamilton.

Mithali Raj | India captain: We’ll have a bowl. Looks a good wicket and later on, there could be dew which will make batting easier. Also we depend a lot on spinners, so better to bowl first. One change – Yastika replaces Shafali at the top.

The Mithali Raj-led side won the first game convincingly against archrivals Pakistan. The team would now eye for revenge vs New Zealand Women team as they lost 4-1 to White-Ferns in the ODI series.

ICC Women World Cup Points Table – How India can progress to the next round?

ICC Women’s WC LIVE: If India manages to win the upcoming encounter against New Zealand then India would topple Australia from the top spot. New Zealand on the other hand is placed fifth on the list after losing their opening match against West Indies. India boasts of having a high Net Run Rate after comprehensively defeating Pakistan.

India would be banking on their victories in the warm-up games alongside their tournament’s opening match victory against Pakistan women, as the India eves would be raring to go against the Kiwi women. The White Ferns did bounce back to winning ways with a equally convincing win over Pakistan, but India will fancy their chances having learnt their lessons the hard way.

Also Read: IND W vs NZ W Live: When and where to watch India Women’s vs New Zealand Women’s Live Streaming in your country, India

DO NOT MISS as Rajeshwari Gayakwad & @SnehRana15 chat after #TeamIndia seal a comprehensive victory over Pakistan. 👏 👏