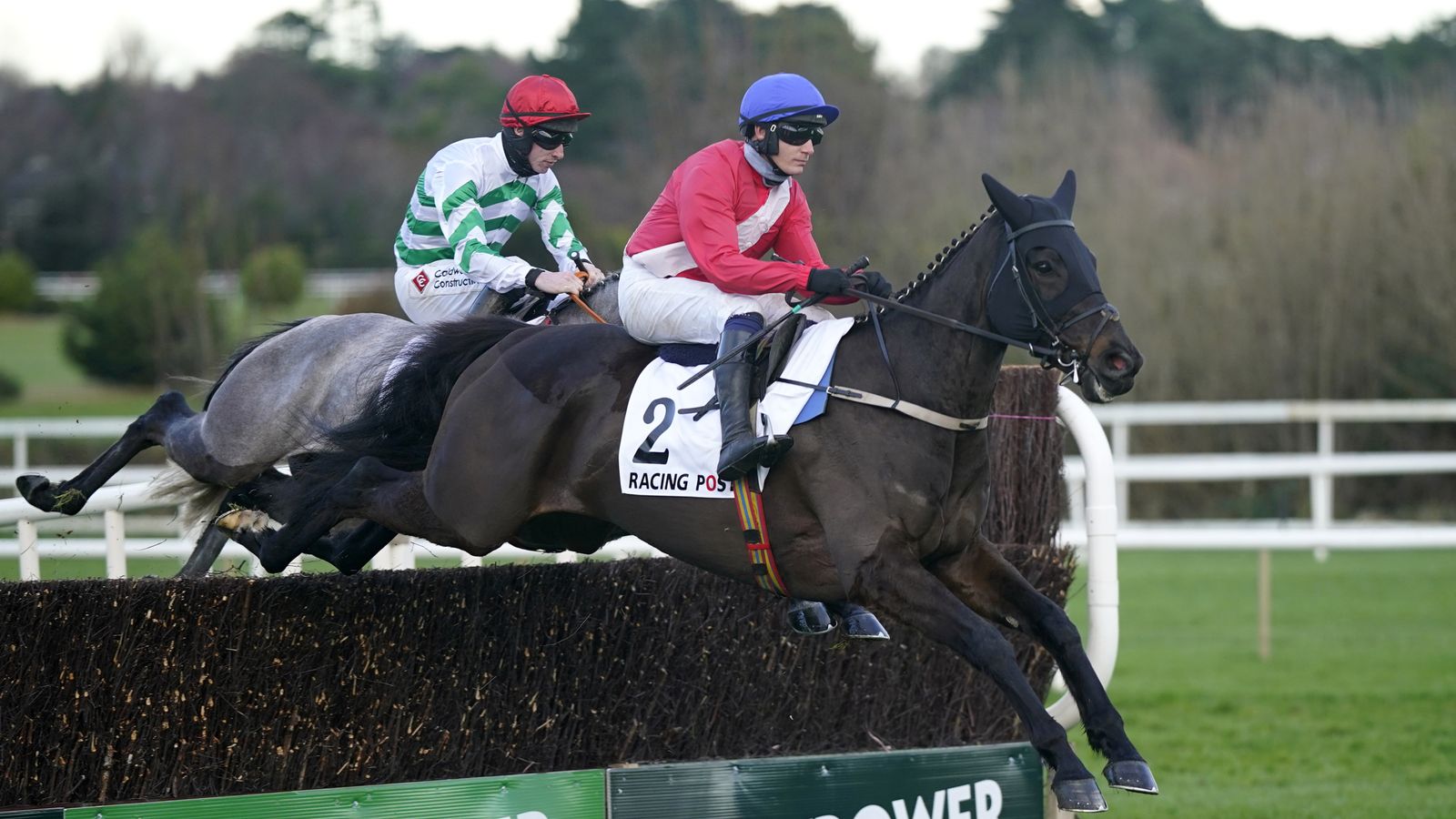 The Irish Arkle is likely to be next on the agenda for Ferny Hollow after he starred in a double for Cheveley Park Stud on the opening day of the Christmas Festival at Leopardstown.

The Willie Mullins-trained six-year-old beat esteemed stablemate Appreciate It in the Champion Bumper and got the better of Bob Olinger in a maiden hurdle in 2020, but missed much of last season through injury.

He made a winning on his return to action and chasing debut at Punchestown earlier in the month and followed up in the Grade One Racing Post Novice Chase.

“To be off the track for over a year, come back and win and then come out three weeks later and win a Grade One – giving 13lb to a very good filly (Riviere D’etel)- was fantastic.

“I have to admit I thought he was going to get beaten at one stage, but he really pulled it out.

“In the short term I think we’ll be looking towards the Irish Arkle at the Dublin Racing Festival.”

He looks set to step up to Grade One level sooner rather than later. He looked a class act, didn’t he,” Thompson added.

“I think we’ll be looking towards the Dublin Racing Festival with him as well.”