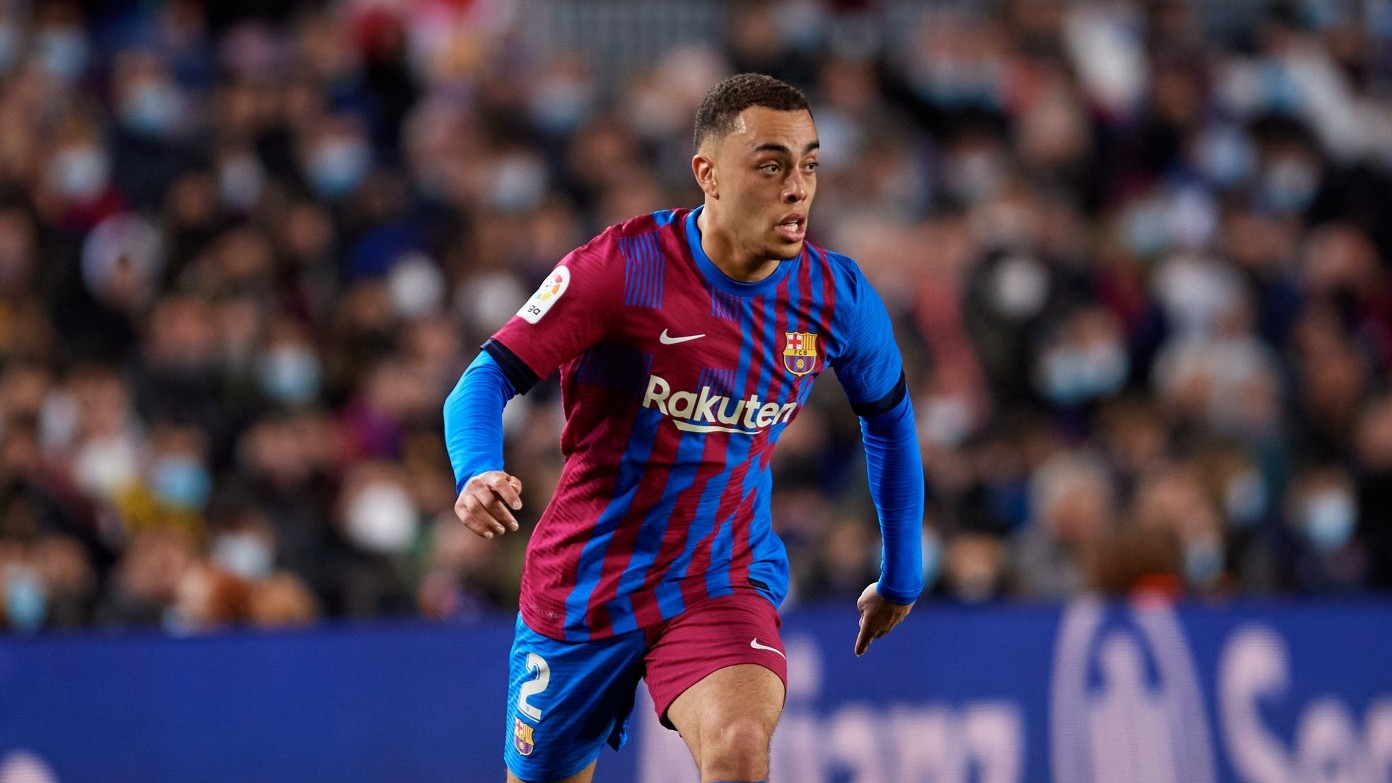 Barcelona sits eighth in the La Liga table, and the fans have taken it out on some of the players brought in by the previous coaching staff. One of the players allegedly in the crosshairs of the supporters is U.S. national team right back Sergino Dest.

The 21-year-old has struggled for form this season, and local media have indicated that Dest could be a candidate to be replaced at the financially-challenged Blaugrana. The rumors of potential suitors have quickly followed.

According to a report by Fichajes , Dest is one of three young players being targeted by German giants Bayern Munich, a club which attempted to acquire the American before his eventual $25 million move from Ajax to Barcelona in the summer of 2020.

The report suggests the German club would wait until the summer before making a move, although Dest could theoretically be available this January depending on Barcelona’s ability to replace him. The report was also circulated by Spanish social media personality and Barcelona rumor mill specialist  Gerard Romero .

A transfer would represent a nice windfall for cash-strapped Barcelona. According to Transfermarkt , Dest is rated as a $33 million player with 15 appearances for the senior U.S. men’s national team.

Why would Barcelona transfer Dest?

The Fichajes report indicates that Dest’s position at Barcelona is in jeopardy due to the desire of new manager Xavi Hernandez to upgrade at the position. Dest’s position under previous Barcelona boss Ronald Koeman seemed secure, but since Xavi’s arrival, things have not been as steady.

While injuries have been part of the issue, Dest has been an unused substitute for two of the three La Liga matches for which he has been available under Xavi. In addition, he started the Champions League match against Bayern Munich in early December, but with Barcelona down 2-0 at halftime, he was yanked for young Nico Gonzalez.

Another report has surfaced from Spanish daily publication SPORT , with Chelsea also flagged as a possible interested party, but once again the article specifies that any potential transaction would be a summer transfer swoop.

Chelsea makes sense as a destination given manager Thomas Tuchel’s preference for a three-center back system, leaving Dest to deploy as a true wingback, his natural position. Marcos Alonso has seen a revival at left wingback under Tuchel, but he is 30 years old and the Blues have just Reece James on the other side, with Cesar Azpilicueta deputizing at an unnatural position whenever needed.

For what it’s worth, Xavi was asked about Dest’s lack of playing time in his pre-match press conference ahead of a Dec. 21 league game against Sevilla, and he seemed to shrug them aside, stating that if Dest was healthy he would be playing more.

“His problem is physical, otherwise we would have used him more. He has had a very stiff back, now he has an adductor strain. It’s not mental or footballing, but he is not healthy, he is not ready to play. It’s a physical problem and nothing more.”

For Dest to leave, Barcelona would need to replace him, and there are rumblings of the club making a splash for Ajax right back Noussair Mazraoui. However, those seem unrealistic at this point, with Dutch outlet De Telegraaf reporting the youngster is “untouchable” as far as Ajax is concerned.

The 24-year-old’s contract expires this coming summer, and Ajax has likely decided that seeing him leave in January for a cut-price deal wouldn’t be worth the loss on the pitch, not surprising considering Ajax has reached the knockout stage of the UEFA Champions League.

Mazraoui’s agent Mino Raiola echoed that sentiment, telling Dutch broadcast channel NOS , “I don’t think he will leave during the winter break. It is a difficult process, but nothing is excluded. There are differences of opinion about the financial status of the player.”

These are all just tabloid rumors at this point, but there is too much noise to fully ignore. It appears a January move is unlikely, and based on Xavi’s comments, Dest could soon have some opportunities to win back the fans’ favor after the Christmas break.