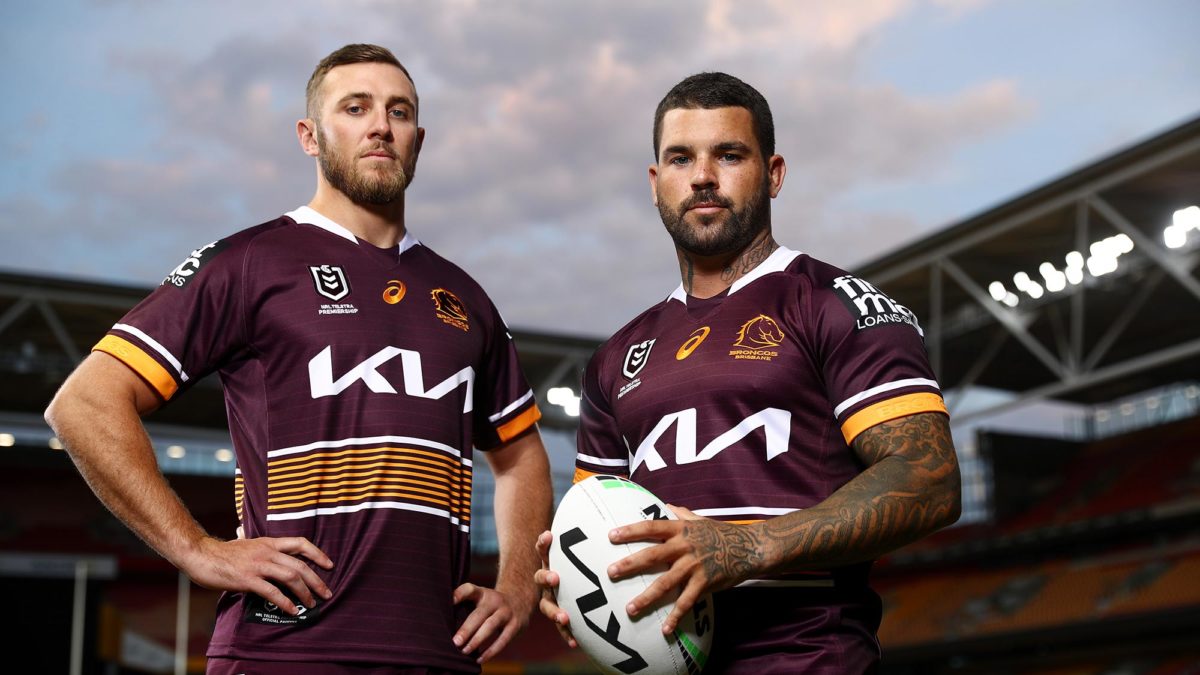 We might only be a few games into the 2022 NRL season but the Brisbane Broncos could emerge as the most improved team of the competition after a couple of lean years.

It has been nearly 18 months since the club’s 2020 season ended in utter embarrassment, with Darius Boyd’s playing career ending the same way it began – scoring a try in a loss to the North Queensland Cowboys at Suncorp Stadium.

Boyd retired on that fateful Thursday night in September 2020 as the final remaining survivor (not counting Karmichael Hunt’s short cameo) from the club’s 2006 premiership side (in which he was the youngest player), as their title drought extended into a 14th completed season – since extended to 15.

The 32-16 loss to the Cowboys sentenced the once-dominant club to its first wooden spoon, a far cry from the golden era which netted them six premierships under the coaching of Wayne Bennett between 1992 and 2006 inclusive.

Shortly after, 2000 premiership-winning captain Kevin Walters answered the club’s SOS, agreeing to give up coaching the Queensland State of Origin side to become the club’s newest coach, but not before guiding the Maroons to a shock series victory at the end of 2020.

And so began the long, tough and arduous task of restoring the club’s powerhouse status, something Walters knew would be a long-term project given the playing list and the mess that he inherited from predecessor Anthony Seibold.

The Broncos marginally improved last season by winning seven games and finishing 14th on the ladder, though they sat in last place after Round 15 when they suffered a humiliating 46-0 loss to the Rabbitohs, before beating the Sharks at home the following week.

Among the highlights included a 24-0 shutout of the Bulldogs at home, which was their first win in nearly nine months, while they also caused a boilover by beating the Sydney Roosters at the SCG and ruining what was the debut match of their teen prodigy Joseph Suaalii. 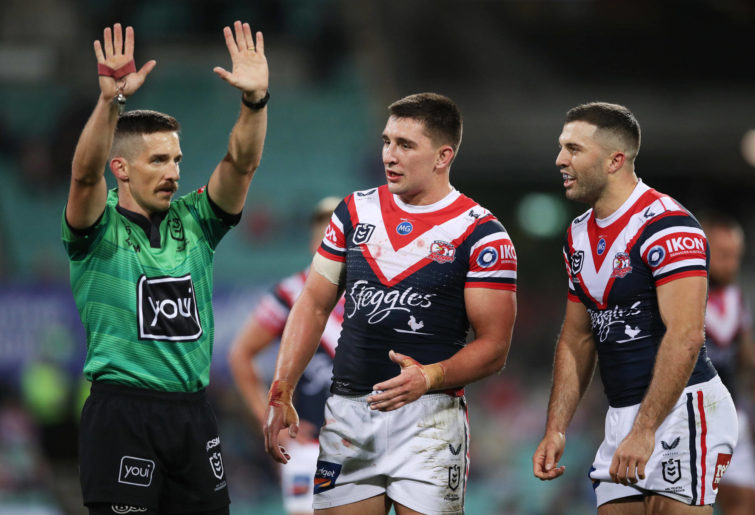 They also pushed eventual premiers the Penrith Panthers twice at Suncorp Stadium; in the first match, they led 12-10 early in the second half and threatened an upset victory before the boot of Nathan Cleary saw the Mountain Men escape from a potentially embarrassing defeat.

However, there were also some regular heavy defeats, including two against the Melbourne Storm, while they coughed up 52 points against the Dragons at Kogarah Oval – though this was one of only two times in the season that the men from Red Hill conceded the half-century.

But while it was a mostly difficult 2021 season for the club and its supporters, most of whom had grown up watching this club become successful in the ’90s and noughties, they did finish the season strongly, winning three of their final six matches.

The clean-out continued at season’s end, with Anthony Milford, Brodie Croft, Xavier Coates, Matthew Lodge, John Asiata, Ethan Bullemor, Ben Te’o, Alex Glenn and Karmichael Hunt all leaving the club, and in the case of the latter three, retiring from the game.

Hunt’s short-lived return to Red Hill came 12 years after his last match for the club, which was a preliminary final thumping at the hands of (what nobody knew at the time was) an illegally-assembled Melbourne Storm side at Marvel Stadium in 2009.

His retirement, which went largely unnoticed during the off-season, saw him officially become the final member of the club’s 2006 premiership side to hang up the boots (at the time of Boyd’s retirement, Hunt was playing rugby union).

But there were also some high-profile signings too, not least Adam Reynolds, who chose to move north following a contract dispute with his beloved South Sydney Rabbitohs. 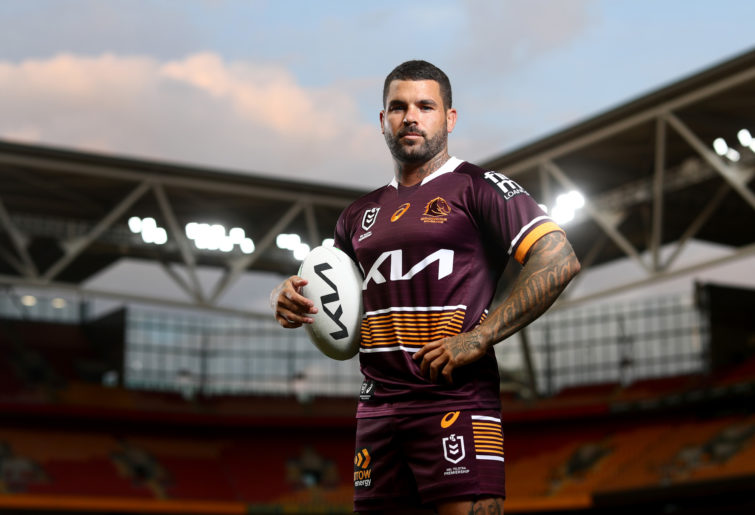 Reynolds was ruled out of the Broncos’ season-opening win against the Rabbitohs after testing positive to COVID-19 last week, but he should be all good to go for the club’s Round 2 clash against the Bulldogs at Accor Stadium next Sunday.

In his absence, it was another seasoned recruit, premiership-winning Panther Kurt Capewell, who stepped up to kick the match-winning field goal less than five minutes from full-time to give his side an upset 11-4 win over the Rabbitohs at Suncorp Stadium on Friday night.

The Bunnies, who were playing their first official match under new coach Jason Demetriou (whom had previously taken the reins for two matches in 2020 after Wayne Bennett breached COVID-19 protocols), had started favourites, but learnt the hard way what life will be like without Reynolds, Dane Gagai and Bennett.

It was a tight and defensive first half with the first points not coming until the 22nd minute, when Albert Kelly intercepted an errant pass and ran 80 metres to give his side the first try.

It evoked nightmares of the Rabbitohs’ grand final loss to the Panthers at Suncorp Stadium last year, whereby they ended up losing the match after Stephen Crichton took an intercept pass for the Mountain Men and ran away to score the premiership-winning try.

This came after Selwyn Cobbo thought he had scored first for the Broncos, only for some desperate cover defence from the Bunnies to see the video referee intervene and red-light the try.

After the home side led 6-4 at halftime, veteran winger Corey Oates scored in the corner for his 99th career try, followed by Capewell’s heroics, to give the men from Red Hill, for whom Pat Carrigan and Payne Haas were also standouts, a well-deserved 11-4 victory.

While it may have been only one match for one win, it does make you wonder what a result like this could mean for the club in terms of their newfound form and confidence going forward.

In their next three matches, they will play the Bulldogs, Cowboys and Warriors – three teams unlikely to play finals in 2022, and after that play host to the Roosters at home, meaning they only have to leave Queensland just once in that period (to play the Bulldogs in Sydney).

With the Bulldogs playing the Cowboys this round, it means that, in the first three rounds, we have the three worst-performed teams of season 2021 playing each other, at the end of which we might get a gauge on which of them has the potential to improve this season.

Though it’s still early days, the Broncos will start favourites in their next three matches, and there is the strong possibility they could be 4-0 by the time they welcome the Sydney Roosters to Suncorp Stadium in Round 5.

Win that one, and they could be 5-0 by the time they travel to the foot of the mountains to face reigning premiers the Penrith Panthers, in what will definitely shape as a major test of where the club is at, before they get another shot at the Bulldogs, this time at home, in Round 7.

It is therefore possible that the Broncos could be 6-1 after seven rounds, but even then, the club’s long-suffering fans should not dare to dream just yet – as premiership lists often take years, not months, to build.

That being said, we can no longer expect to see a team emerge out of the blue to suddenly win a premiership, as seen in 2003 when the Panthers shocked the rugby league community by winning a title only two years after finishing last on the ladder.

Two years after that, the Wests Tigers, who to that point in their club history had never qualified for a finals series (though came closest in 2004 when they finished ninth on the ladder), rose from as low as 12th on the ladder mid-season to claim a fairytale maiden premiership.

And in 2013, the Roosters, under rookie coach Trent Robinson, emerged from two mediocre seasons to storm onto the premiership dais, all thanks to a reborn Sonny Bill Williams and veteran fullback-turned-captain Anthony Minichiello.

Therefore, while we should not expect the Brisbane Broncos to suddenly rocket up the ladder and mount the premiership dais on October 2 this year, it’s widely expected that their upward trajectory will continue in the coming years.

In the case of the Sharks, they had started to build nicely under then-coach Shane Flanagan until a supplements scandal saw them briefly drop to the bottom of the ladder in 2014, before resuming their place in the finals the following year, ultimately going all the way in ’16.

Back on topic now, and coach Kevin Walters has been given more time to envision his future for the Broncos after earning a one-year contract extension, which will see him through to the end of next season, earlier this month on the back of their strong finish to the 2021 season.

“I love this club and coaching the Broncos to being a force again in the NRL is a great honour,” he said.

While the men’s side have the potential to improve this season after a productive off-season and an impressive first-round victory, their women’s side continue to dominate in the NRL Women’s competition, winning their first two matches to sit on top of the six-team ladder.

The three-time premiers will face their toughest test yet, taking on a much-improved Dragons side led by mature-age rookie halfback Rachael Peason and captain Kezie Apps at CommBank Stadium this afternoon in what’s been touted as a potential grand final preview.

Pearson scored all ten of her side’s points (one try and three goals) as the Red V recorded a 10-0 shutout of the Parramatta Eels in atrocious conditions at WIN Stadium in Wollongong; that was preceded by a 26-16 win over the Titans in Newcastle.

Thus, the only short-term joy Broncos fans can expect is from their women’s side, who continue to be led brilliantly by captain Ali Brigginshaw.

As for the short-term fortunes of the men’s side – while the potential is there for improvement this season, there will continue to be some painful moments along the way, but it will only spur the club to learn from them and continue to improve in the long term.